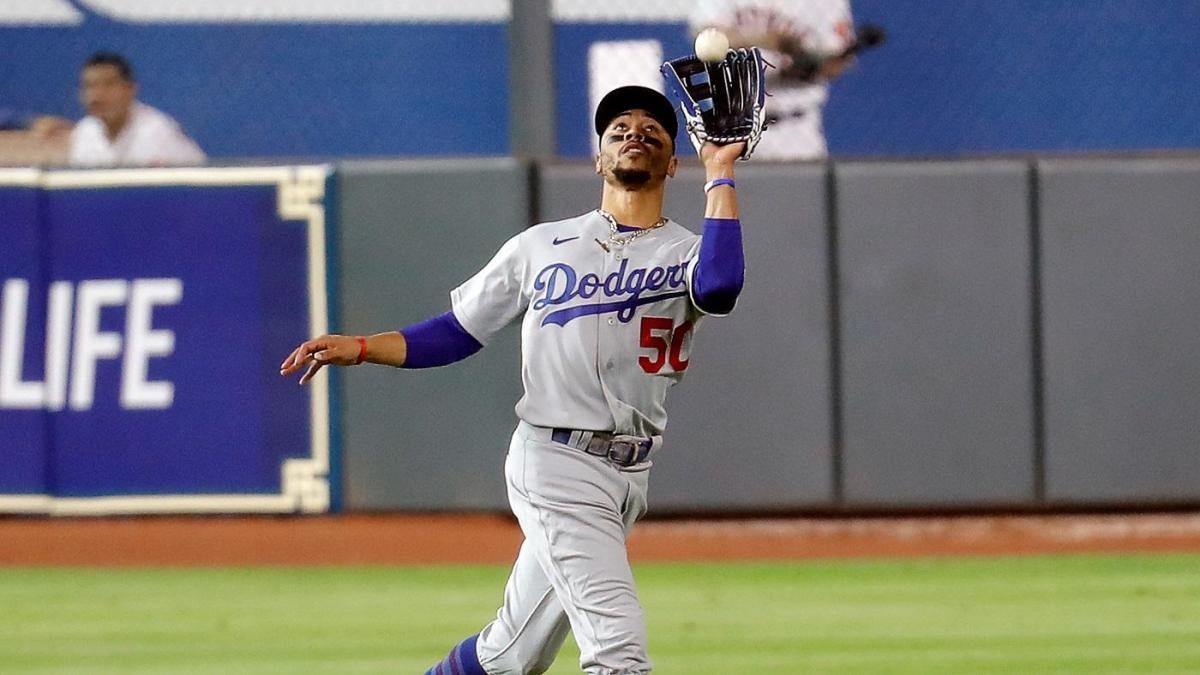 Watch Now: Friday Night MLB Preview: Dodgers at Diamondbacks (2:18)
As we all know by now, the 2018 AL MVP came to the Dodgers in an offseason trade from the Red Sox. Heading into Friday’s action, he hasn’t really been hitting like we’re used to seeing. He’s hitting .206/.270/.265 in 37 plate appearances. The bet is he breaks out of the funk pretty soon (sure enough, he homered in the fourth inning). In the meantime, he can still help the Dodgers win games in other ways because he is, as noted, a true five-tool superstar.  Dodgers right fielder Mookie Betts is what those in the industry like to call a five-tool superstar. He’s got it all. He can hit for average, hit for power, run, play great defense and witness here the rocket he was blessed with in lieu of a normal right arm.  Holy smokes. That’s jarring even knowing he has a great arm. It wasn’t just the arm strength, either, it was perfectly placed and it had to be in order to cut down Diamondbacks star Ketel Marte, who normally on a play like that would have a stand-up triple. Let’s not overlook the glove part of this, too, because the out at third doesn’t happen without Betts’ perfect route to the ball and absolutely perfectly picking it up in stride while transitioning into his throw. That’s just textbook and many players couldn’t even dream of pulling off the pickup and transition to throw that smoothly, let alone making that throw as part of the same motion. It’s as good an outfield assist as you’ll ever see.