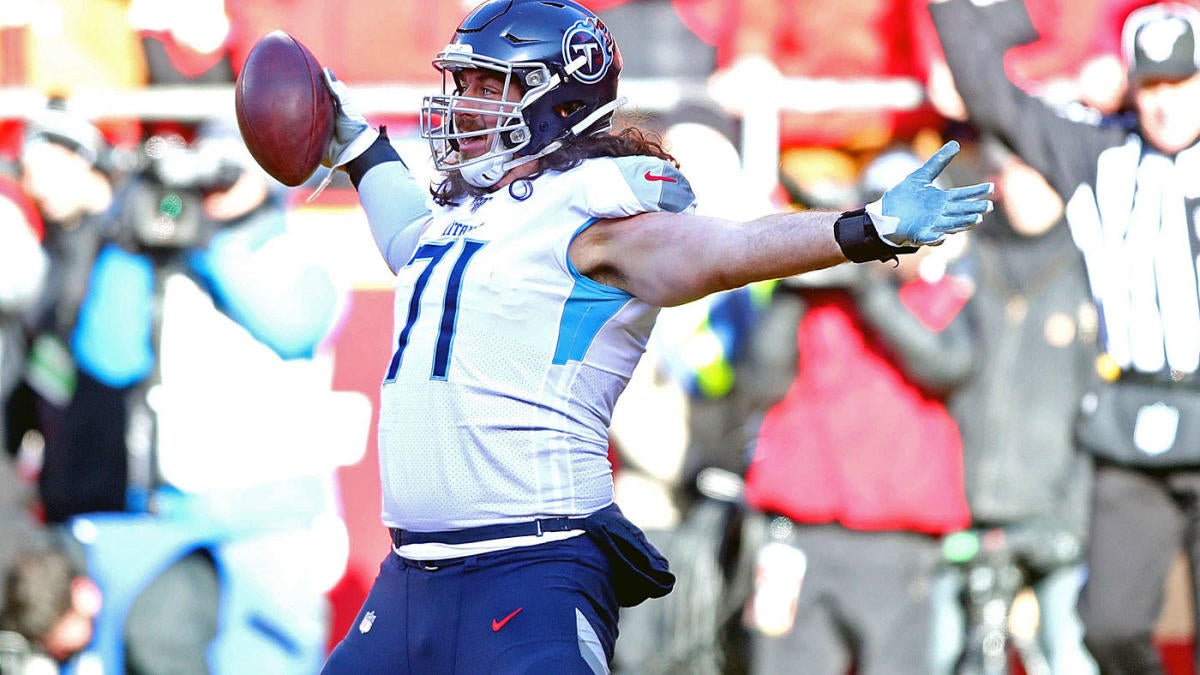 There is one big question surrounding the Tennessee Titans entering 2020: Was last year a fluke, or are the Titans for real? General manager Jon Robinson was able to sign the two pieces that carried Tennessee all the way to the AFC Championship Game long-term in Ryan Tannehill and Derrick Henry, but can this team compete with the likes of the Kansas City Chiefs and Baltimore Ravens in the AFC again this year?

“Any time you have continuity from year to year, it helps a lot,” Tannehill said, via the Titans’ official website. “The league, your team usually changes a whole lot from year to year and we do have change. But bringing back a lot of familiar faces is a good thing. We are jumping back into the same offense, with some minor adjustments, and we’re able to lock into some small details that we never really got to last year.”

While the Titans are bringing back the majority of their starters in 2020, they did lose a couple of important pieces on both sides of the ball. Head coach Mike Vrabel’s first goal during this unprecedented offseason will be to evaluate his talent and establish a rough depth chart. This task will be more difficult than usual since there is no preseason due to the ongoing COVID-19 pandemic. With several starting spots and other important backup positions up in the air, let’s take a look at five of the most intriguing training camp battles that will transpire at Saint Thomas Sports Park in Nashville in the coming weeks.

With Logan Ryan gone, are the Titans good enough at cornerback? Also, who takes over in the nickel? One option could be Adoree’ Jackson, but that does seem unlikely since he’s valuable on the outside.

Another option could be rookie Kristian Fulton, who the Titans selected in the second round of the 2020 NFL Draft. According to ESPN’s Turron Davenport, Fulton said one of the first things the Titans asked him when they met was if he’s comfortable playing inside. Fulton pointed to how much he played nickel as a freshman at LSU and said he’s comfortable there. The Titans are going to want Fulton to step up in the secondary immediately, but it remains to be seen where exactly that will be.

Another option could be safety Amani Hooker or the veteran Johnathan Joseph. Either way, how the Titans utilize their cornerbacks will be interesting to watch — and extremely important. Last year, Tennessee had the ninth-worst secondary in terms of passing yards allowed per game, and improvement in that area could help this team find the same level of success they did in 2019.

Many believe right tackle will be the most important position battle for the Titans entering this season, but I would honestly be fine with either Dennis Kelly or Isaiah Wilson starting on the right side. After Tennessee lost Jack Conklin in free agency, they re-signed Kelly to a three-year deal worth $21 million. The 30-year-old first found his way to Nashville back in 2016. Since then, he’s started in 16 games over the course of his four seasons with the Titans. In 2019, Kelly suited up in 15 games and saw four starts. He also played in all three of Tennessee’s playoff matchups and famously hauled in a one-yard touchdown catch from Tannehill in the second quarter of the AFC Championship Game. That score made Kelly the heaviest player to ever catch a touchdown in the playoffs.

As for Wilson, he’s who Robinson believes will be the long-term answer for the Titans at right tackle. The No. 29 overall pick is a 6-foot-6, 350-pound offensive tackle out of Georgia who was a second-team All-SEC performer for the Bulldogs in 2019 after playing in 11 games. He was placed on the reserve/COVID-19 list earlier this week, so that could be something that sets him back a bit concerning this position battle. Either way, I expect him to start some games during his rookie season.

The Titans have a solid defensive line with Jeffery Simmons and DaQuan Jones, but the Jurrell Casey trade leaves a hole that will be hard to fill. Tennessee went out this offseason and signed former Atlanta Falcons defensive lineman Jack Crawford, who turns 32 this September. He figures to be the favorite to win this battle since he has started 15 combined games over the past two seasons.

Matt Dickerson, who signed with the Titans as an undrafted free agent back in 2018, has played in just eight games with Tennessee. Isaiah Mack is another undrafted player, but he actually made an impact during his rookie season. In 2019, Mack recorded eight combined tackles, 1.5 sacks and even recorded a fumble in 13 games with one start.

Larrell Murchison may be someone who Vrabel gives a chance to start. The fifth-round pick out of NC State is an intriguing player because of the unique athleticism he possesses.

Tannehill is the obvious starter, but what about his backup? Not everyone is interested in a good backup quarterback battle, but the spot behind Tannehill is truly wide open.

Logan Woodside has spent a couple of years on the practice squad for the Titans and found some success in the short-lived Alliance of American Football with the San Antonio Commanders. He should be considered the favorite to win this job, but there is an intriguing rookie gunning for his job.

The Titans selected quarterback Cole McDonald in the seventh round of the 2020 NFL Draft. The Hawaii product decided to forgo his final year of eligibility to enter the draft, and recorded the fastest 40-yard dash time of any quarterback at the NFL combine. During his final two seasons at Hawaii, McDonald threw for 8,010 yards, 69 touchdowns and 24 interceptions. He also rushed for 11 touchdowns over that span.

If the Titans do not sign another kicker, Joseph figures to be the favorite to win this job. He played in just two games with Tennessee last season and made all nine of his extra-point attempts, and converted 17 of 20 field goal attempts with the Cleveland Browns in 2018. His only competition right now is rookie Tucker McCann out of Missouri, but we mentioned the “if” earlier. Tennessee could add another veteran kicker if they like, and according to Michael Gallagher of the Nashville Post, former New England Patriots kicker Stephen Gostkowski recently purchased a house in the area. There’s no other evidence tying the three-time Super Bowl champion to the Titans, but speculation can be fun sometimes.