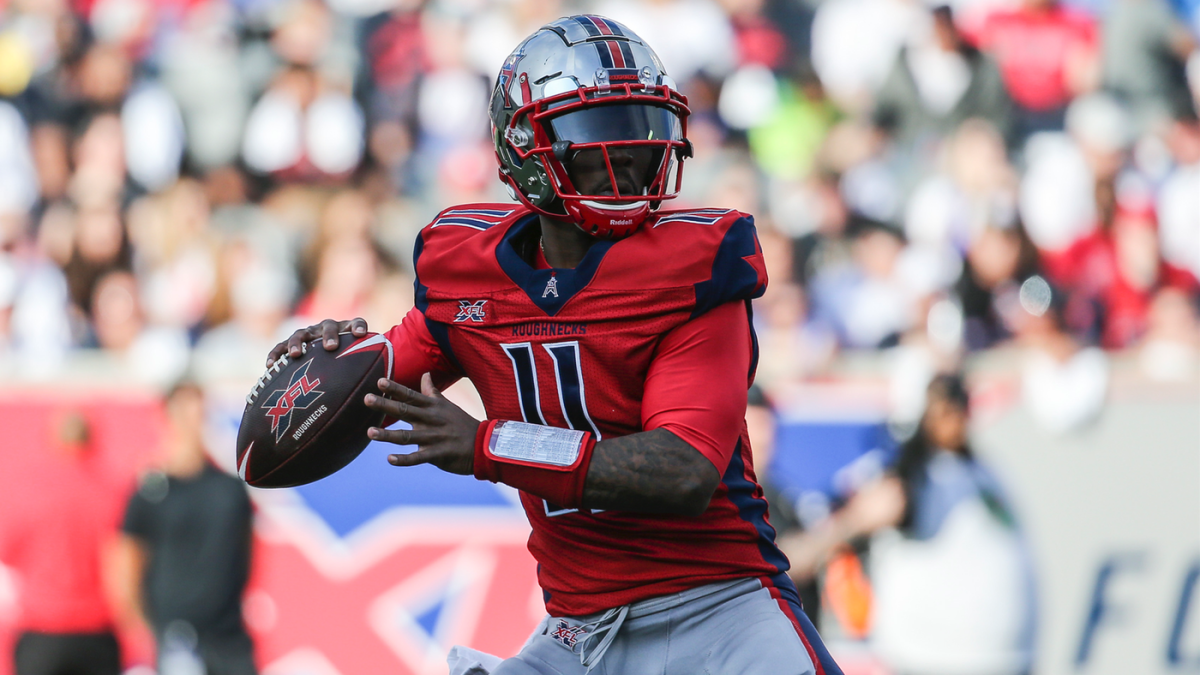 The 2020 Carolina Panthers will look significantly different from the group that ended the 2019 season. For starters, the Panthers made a coaching change, replacing Ron Rivera with Matt Rhule, who served as Baylor’s coach the previous three years. On the field, the Panthers made a plethora of moves, starting with the release of former league MVP, Cam Newton. Carolina replaced Newton with Teddy Bridgewater, signing the veteran quarterback to a three-year, $63 million deal. Speaking of contracts, the Panthers also made Christian McCaffrey the NFL‘s highest-paid running back by coming to terms on a four-year, $64 million extension.

During the draft, the Panthers made history by using all seven of their picks on the defensive side of the ball. Specifically, the Panthers added several big pieces to their defensive line, including first-round pick Derrick Brown, second-round pick Yetur Gross-Matos and sixth-round pick Bravvion Roy, who played for Rhule at Baylor. Carolina’s four other picks included safety Jeremy Chinn, cornerback Troy Pride Jr., safety Kenny Robinson Jr., and cornerback Stantley Thomas-Oliver III.

Now that we’ve spent some time recapping their offseason, let’s take a look at five of the Panthers’ biggest position battles heading into training camp.

Carolina traded up to acquire Chinn with the 64th pick in the draft, which should tell you how much they value his potential. And while Chinn is expected to be the Panthers’ starting strong safety at some point, don’t be surprised if Burris, a free agent signing who is coming off his best season to date, is Carolina’s starter when the open the season against the Raiders. The main question surrounding Chinn is how the Panthers plan to use him, as the Panthers believe that his athleticism may allow him to line up at other spots if he is not a Week 1 starter.

“I think we look at him as a guy who can be trained as a safety and (play) as a nickel, SAM. He’ll be able to go out and play No. 2 to the field,” Rhule said of Chinn, via The Charlotte Observer. “[He can] also be able to come back in nickel and dime. Maybe even be able to defend some of the backs and tight ends. I think when you look at the NFC South and you see the tight ends that we have to face, when you see the running backs that we have to face, having guys like Chinn that can give us some match ups against those guys.”

The Panthers had a lot of turnover in their secondary this offseason. They did not bring back James Bradberry, Ross Cockrell or Javien Elliott, replacing them with Pride, Thomas-Oliver and Apple, a former first-round pick who made 15 starts for the Saints last season. Donte Jackson is the team’s bets cornerback, but they need a proven No. 2 opposite him. Eli Apple appears to be the favorite here, but fans should not rule out Pride, who has already gotten the attention of his new head coach.

“I had a great video conference with him one day,” Rhule said of Pride, “and my wife was actually cooking on the other side where I was doing the video conference and afterward she said, ‘Who was that? That’s a professional.’ Just a really, really mature guy and he’s played a lot of football. So in a year where there is no offseason program, no OTAs as of right now, I think he has the maturity to come in and help us in training camp.”

As Rhule alluded to, the cancellation of OTAs and minicamps is something to consider when looking at position battles between veterans and rookies. But with that being said, the rookies who were diligent with their individual preparation over the past several months could very well be in the thick of things as far as position battles are concerned. It appears that Pride, who was also a successful sprinter on Notre Dame’s track team, could parlay his preparation into a starting job.

Center Matt Paradis and right tackle Taylor Moton appear to be the only returning starters from Carolina’s offensive line. Right guard Trai Turner, the Panthers’ lone Pro Bowler on the offensive line a year ago, was traded for Russell Okung, a two-time Pro Bowl left tackle for the Seahawks and Chargers. The team also went out and signed John Miller, a six-year veteran with 60 career starts under his belt. With Miller slated to be the team’s new left guard, the Panthers’ vacancy at right guard will likely come down to Schofield and Daley.

Daley, a six-round pick in the 2019 draft, was forced to play early last season and it showed, specifically when it came to pass protection. That being said, that experience should help him as he looks to start on a full-time basis in 2020. Standing in his way is Schofield, a seven-year veteran who served as the Broncos‘ starting right tackle when Denver defeated Carolina in Super Bowl 50. Along with his experience, Schofield’s previous time working with several Panthers should also work in his favor. He played with Okung and for current Panthers offensive line coach Pat Meyer in Los Angeles. He also spent three seasons in Denver with Paradis, a fellow member of the Broncos’ 2014 draft class.

While Bridgewater is firmly entrenched as the team’s starting quarterback, the same can’t be said about who will back him up. Grier, a third-round pick in the 2019 draft, made two starts as a rookie, throwing four interceptions while completing less than 54% of his passes. Grier’s familiarity with his returning teammates should give him some sort of advantage heading into camp.

Walker, who played for Rhule at Temple from 2013-16, was on pace to become the XFL’s MVP this past spring before the league’s shutdown. In leading the Houston Roughnecks to a 5-0 start, Walker threw for 1,388 yards with 15 touchdowns and four interceptions. Walker, who has been living in Charlotte for the last several months, has been preparing for the season by training with several NFL players, including Giants starting quarterback Daniel Jones. The quarterbacks have been training with former Duke quarterback Anthony Boone.

“He’s a guy that with the right opportunity, right time, right circumstances, he’ll do the same thing in the NFL,” Boone said of Walker, via The Observer. “He’s sharp, he’s polished.”

The Panthers said goodbye to a franchise legend when Luke Kuechly retired, and though the team made defense its priority in the draft, they did not bring in a clear heir apparent this offseason to line up next to Shaq Thompson on the second level of the defense. The one addition they did make comes in the form of Tahir Whitehead, who struggled defending the pass last season with the Raiders.

Whitehead’s experience might give him the early edge in this battle, but the door is clearly open for one of the team’s young players to kick it in and claim the opportunity to replace Kuechly. Jermaine Carter is the more interesting of the third-year players, a fifth-round pick who racked up double-digit tackles in the season finale against the Saints. Andre Smith, selected two rounds after Carter in 2018, is likely an afterthought unless he can wow the coaching staff during camp.

And then there’s Christian Miller, a pass-rushing specialist who could be a factor as an outside linebacker but isn’t a like-for-like replacement for what Kuechly brings to the table. While he or Smith could be a factor, the coaching staff will likely be happy if the young Carter can take charge of this battle during the month of August.