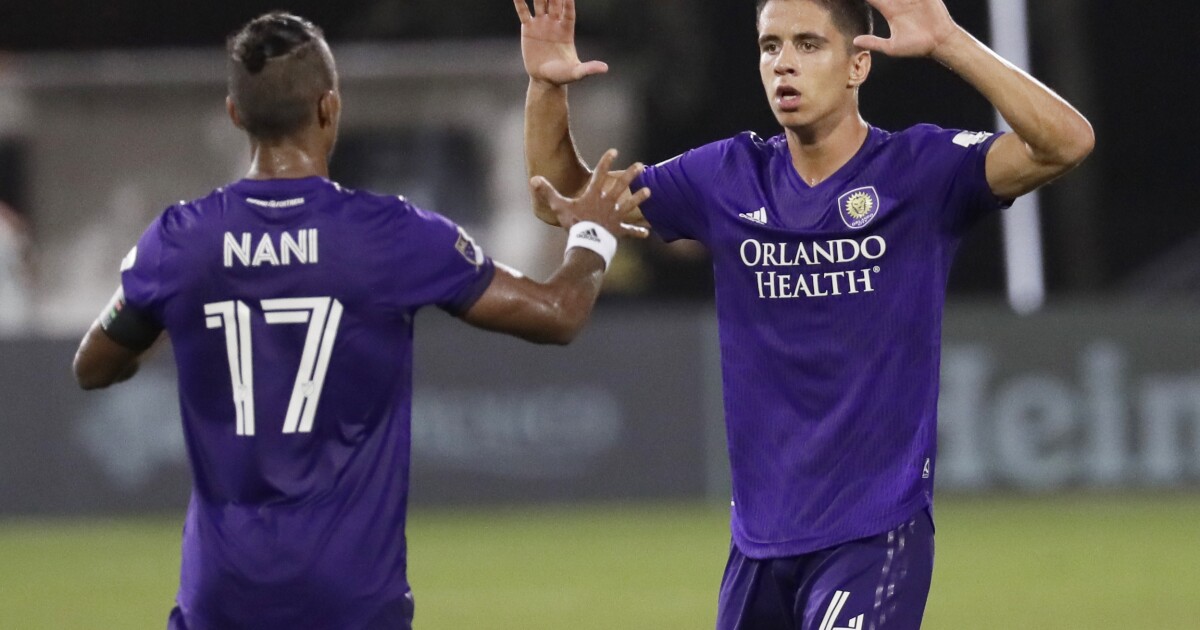 When LAFC made Joao Moutinho the No. 1 pick in the 2018 MLS SuperDraft, the team thought it had a young two-way defender it could build around.

But he lost his starting spot just five games into the season and before the year was out LAFC had traded him to Orlando City. On Friday night, Moutinho made sure his old team hadn’t forgotten him, tying the score in the final minute of regulation, then converting his attempt in the tiebreaking penalty shootout to help send Orlando City to the semifinals of the MLS Is Back tournament at ESPN’s Wide World of Sports complex near Orlando, Fla., while sending LAFC home.

The game ended in a 1-1 draw with Bradley Wright-Phillips scoring LAFC’s only goal in the 60th minute. Orlando City then made good on its five tries in the shootout, with the clincher coming from team captain Nani, who had missed a penalty kick earlier in the game. Jordan Harvey’s left-footed kick off the crossbar in the second round of the shootout was the only miss for LAFC.

But then penalty kicks wouldn’t have been necessary if not for Moutinho slicing between Harvey and Francisco Ginella to head in a Nani free kick at the far post in the 90th minute. It was his second MLS goal and first for Orlando City, and while his celebration was muted, Moutinho said the goal meant a lot to him considering who it came against.

“I still have a lot of friends and a lot of people that I respect back there at LAFC,” he said. “Yeah, I guess it has that extra-special feeling. But honestly I just feel so happy that I was able to help the team in a situation that we needed.”

The goal certainly meant a lot to Nani.

“Our team was amazing,” he enthused. “It was fantastic the quality of football we put on the field. The courage. The desire to win.

“The best team won the game.”

LAFC dominated opponents through its first four games in Florida, scoring a tournament-best 15 goals. But Orlando City, which has conceded just four goals in five games, held it without a shot for an hour Friday while building slight advantages in possession in passing.

Key plays from LAFC’s loss to Orlando City on Friday night in the quarterfinals of the MLS Is Back tournament.

“It all comes down to our game plan,” Moutinho said. “We were trying to make a statement there, trying to show the other team that we came out here to play and impose our game on them.

“It was a very good defensive performance by us. We’ve been showing it throughout the tournament.”

Orlando City was helped by the fact LAFC was playing for the second time in five days in the heat and humidity of a central Florida summer. Orlando City had an extra two days to prepare for the quarterfinal.

“You could see from the start that physically, we weren’t at our best tonight,” said LAFC coach Bob Bradley, whose team played five games in 18 days. ”It’s a lot of games in a short amount of time. We spoke at halftime to see if we could raise the level a little bit. We did. But it certainly wasn’t our sharpest football night.”

That helped Orlando City control the game from the opening whistle, becoming the first team to hold it without a first-half goal that counted. LAFC did find the back of the net once, when Wright-Phillips tapped in a pass from Brian Rodriguez a half-hour in, but referee Joseph Dickerson consulted a replay and correctly negated the score, ruling that Rodriguez was off side.

There was no need for a replay when Wright-Phillips scored again in the 60th minute on LAFC’s first shot of the night, splitting two defenders to collect a feed from Diego Rossi and push a shot past Orlando City keeper Pedro Gallese for his fifth goal on the tournament.

Only Rossi, with seven, has more.

The goal also came three minutes after goalkeeper Kenneth Vermeer had stopped Nani on a penalty kick, a sequence that swung the momentum in LAFC’s favor. But it swung back with just seconds to play in regulation when Moutinho, given space in the box, nodded Nani’s well-placed corner in.