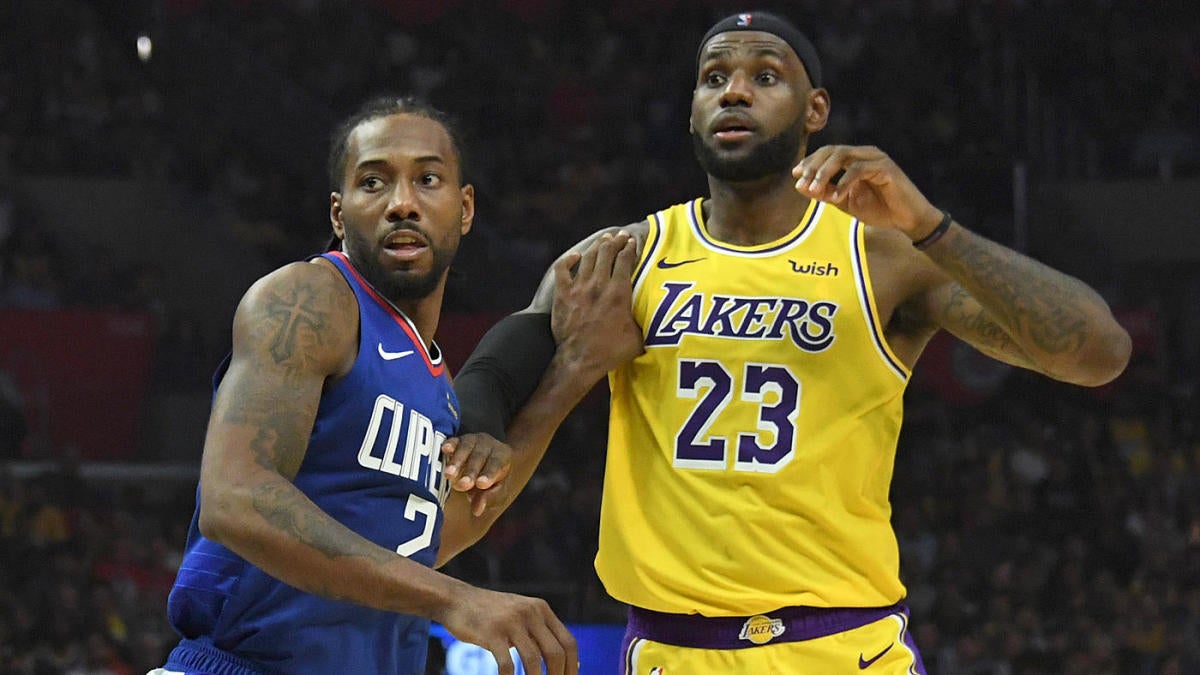 The NBA season officially returns on Thursday, but that doesn’t mean the league is back to full strength. Every team that will take the floor on the season’s second opening night is dealing with some form of meaningful lineup uncertainty.

The Lakers will be without starting guard Avery Bradley, who opted out of the bubble, and Rajon Rondo, who broke his thumb at an early-bubble practice. The Clippers are missing Patrick Beverley, Lou Williams and Montrezl Harrell, as all three were granted excused absences from the Disney campus and must now quarantine and work themselves back into shape before taking the floor. The Jazz won’t have Bojan Bogdanovic, whose wrist injury was announced during the hiatus. Zion Williamson is considered a game-time decision for the Pelicans.

So what does that mean for you, the eager profit-seeker in this potentially valuable slate of openers? Here are the best picks for the first two NBA games ever played in July. Odds provided by William Hill Sportsbook.

No team is particularly equipped to lose arguably their third-, fourth- and fifth-best players on short notice, but the Clippers, at least as far as contenders go, are particularly threatened because they have fairly low-variance stars. Kawhi Leonard has scored 40 points only twice this season. Paul George has once. If, say, the Rockets were missing three valuable role players, they could simply slide more of their offense toward James Harden and Russell Westbrook, neither of whom have any qualms about taking 35 shots in a game.

But that isn’t Leonard or George, and that isn’t a criticism. Their consistency is enormously valuable, and teams are rarely without so many key players at once. Under normal circumstances, the Clippers would strongly prefer to have consistency. In this specific circumstance, it’s detrimental. Given all of those absences and their general attitude toward load management, if the Lakers build a big lead in this one, don’t be surprised to see the Clippers phone it in early. After all, their two energy players in Harrell and Beverley are out.

Who wins Lakers vs. Clippers? And which side of the spread cashes in 60 percent of simulations? Visit SportsLine now to see the strong point spread pick, all from the advanced computer model on a 52-32 roll.

The same principles mentioned above apply for the under, but what about the Lakers’ offense? It played quite well in the scrimmages, but that relied on likely unsustainable shooting from role players and newcomers. In a regulation game in which minutes are allocated more similarly to the pre-pandemic rotation, those explosions are less likely. If anything, something of an adjustment period is likely coming with Avery Bradley and Rajon Rondo now out. Dion Waiters and JR Smith present plenty of upside, but asking them to hit the over in their first official game against a defense that employs Leonard and George is a bit ambitious.

Who wins Jazz vs. Pelicans? And which side of the spread hits in well over 50 percent of simulations? … Visit SportsLine now to get the strong pointspread pick, all from the advanced computer model that’s up over $4,000 on top-rated NBA picks.

Nobody seems to realize how important Bojan Bogdanovic was to Utah’s offense. The Jazz scored 113.5 points per 100 possessions with him on the floor and 105 without him, representing the biggest negative gap on the entire roster. An absent Zion Williamson would further limit scoring, but even if he plays, there’s hardly a better big man in basketball for the task of containing him than Rudy Gobert. Throw in shooting rust, and this should be a fairly low-scoring affair.