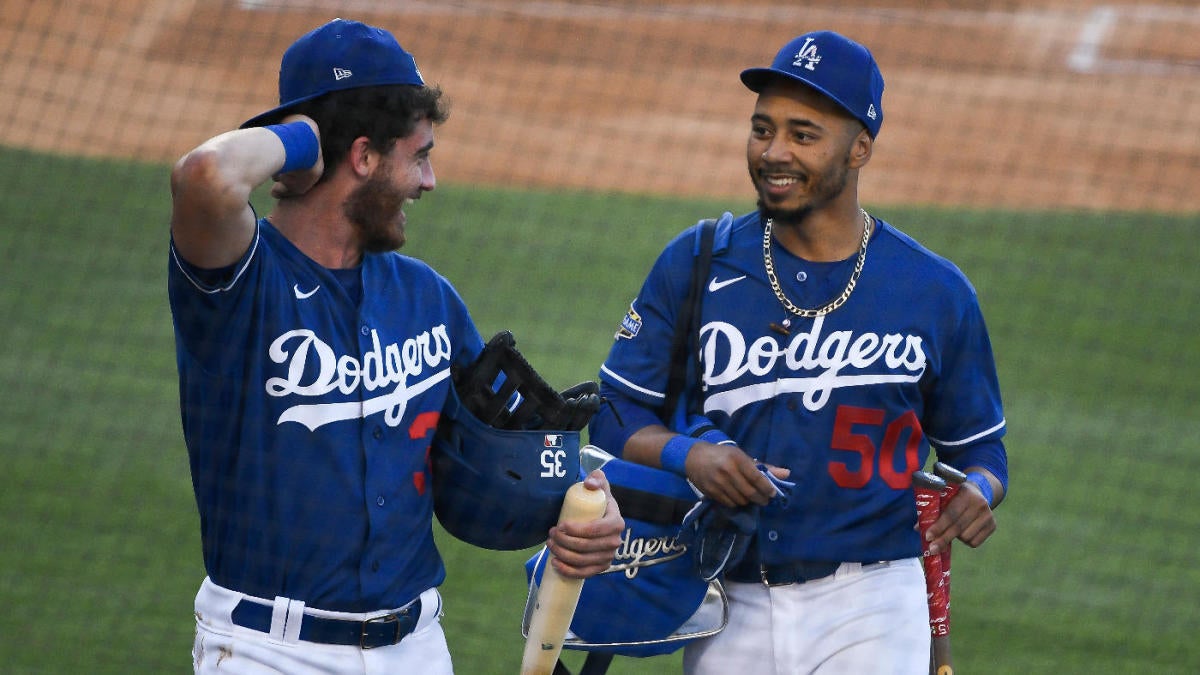 Watch Now: Takeaways From Dodgers-Astros Two-Game Series (3:07)
Mike Axisa: I think it’s the Dodgers too, but for the sake of variety I’ll say it’s the Yankees. They got close to an American League pennant in 2017 and 2019 and fell short, and now that the Astros are more vulnerable than they have been in years, the opportunity has never been greater for these Yankees. They gave Gerrit Cole the largest pitching contract in history and almost all of their core position players (Aaron Judge, Gleyber Torres, Gary Sanchez, etc.) are in their primes. Now’s the time to get over the hump and win, and stop waiting for next year.
The Dodgers have one of most talented lineups, outfields and rotations in the game. Plus, they are well-equipped for the universal designated hitter this season thanks to their impressive depth. I’d also add that pressure mounted even further after some of manager Dave Roberts’ questionable decision making during the Dodgers recent postseason appearances.

Which team is under the most pressure in 2020?

Dayn Perry: I see the arguments for the Yankees and Astros, but I have to say the Dodgers. They’re very likely going to win their eighth straight NL West title this year, but they haven’t won the World Series since 1988. You can easily argue they have the most talented roster in baseball, and they’re coming off a 106-win season. Given their impressive mix of young and veteran talent, you can’t plausibly say the Dodgers’ window is closing soon, but at the same time the squandered opportunities are piling up.
Katherine Acquavella: For 2020, I think you can narrow it down to two teams: the Yankees and Dodgers. I actually wrote about the pair of clubs and their respective championship pressure a few months ago, and ultimately, I went with (and will still say) that the Dodgers are under the most pressure to win the 2020 World Series. I do think that the Mookie Betts extension may ease a tiny bit of the pressure, knowing that he’ll be with the club for the next decade-plus. But, the win-now mentality for L.A. still applies for this 60-game season.
Matt Snyder: I think it has to be the Dodgers. I’m going to assume they make the playoffs which would mean not winning it all is eight straight times they ended their season in disappointment when they were one of the best teams — or even the best — in baseball in the regular season. That just exudes failure, even though being the only team to make the playoffs eight times in a row is actually success. That’s just the way the general public views things. The Dodgers are branded chokers now and that’ll forever be the case unless they win it all.  Major League Baseball is back. There is still a global pandemic to navigate, but the 60-game regular season is underway. Hopefully the season can be completed safely and a World Series champion can be crowned.
R.J. Anderson: I’m going with the Dodgers. I think the pressure is reduced now that they’ve extended Mookie Betts, and I think there’s certainly a case to be made for the Astros — in the sense that they want to validate their past success as being a result of their talent, not their sign-stealing tendencies. Still, a World Series is the only thing missing for the Dodgers, as a franchise and as individuals. I also think that the heat is going to be turned up on Dave Roberts, fairly or not, if the Dodgers fail to make a deep run this October.
Throughout the season my fellow CBS Sports MLB scribes and I will bring you a weekly roundtable breaking down, well, pretty much anything. The latest news, a historical question, thoughts about the future of baseball, all sorts of stuff. Last week we debated two of the best pitchers in baseball. This week we’re looking at the team most desperate for a World Series title.
What could really make things really interesting is if the Yankees and Dodgers are the last two teams standing this year, like many of us on the CBS Sports MLB staff have predicted will happen. In that case, it appears that each club’s big offseason addition is ready to embrace the challenge. “Pressure is a privilege. Pressure comes in situations that you’ve earned,” Yankees ace Gerrit Cole said in his introductory press conference. “Pressure is pressure, at this point, and I don’t mind it,” Betts said at the start of spring training.