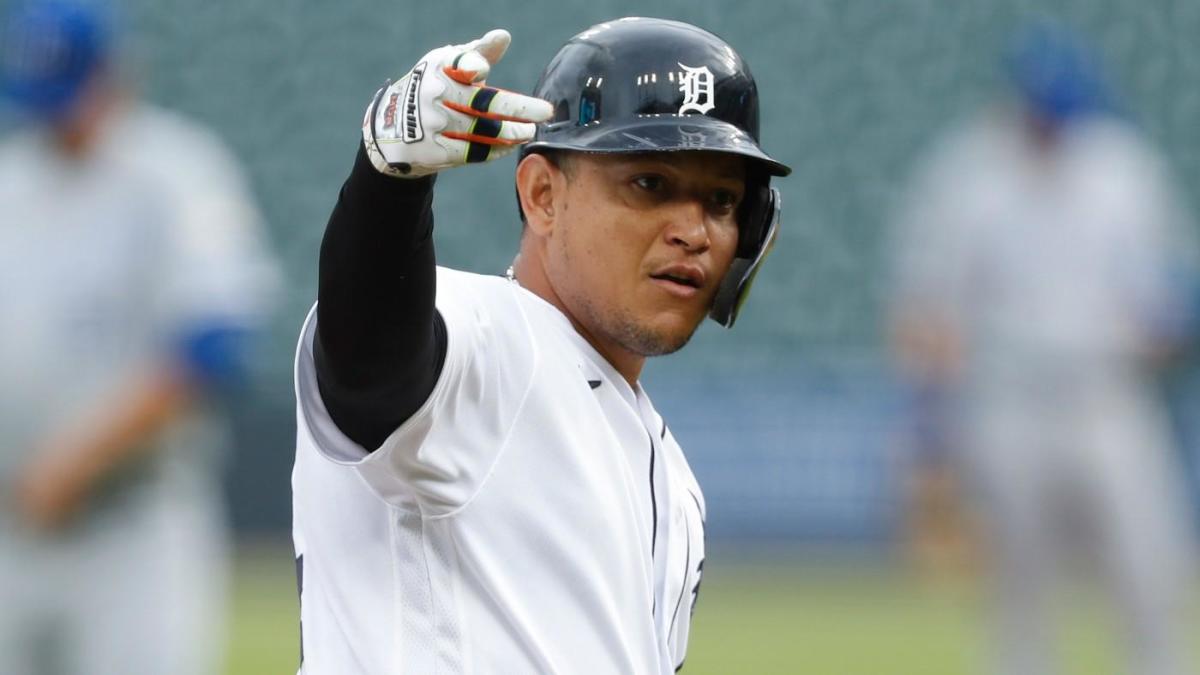 Watch Now: MLB and MLBPA Agree on 7-Inning Double-Headers (1:20)
As for Cabrera’s second home run, that too came against a hanging breaking ball — this time courtesy of veteran right-hander Ian Kennedy. Take a look:
Once a source of prodigious offensive output, Cabrera has been slowed in recent years by age and injury. From 2017-19, he averaged 101 games and 10 home runs per pop. If he can reach the 10-homer threshold this season — and he’s seven away — he’ll enter the 2021 season needing 13 home runs in order to become the 28th member of the 500-homer club. Cabrera is under contract with the Tigers through at least the 2023 season. Detroit also has a pair of club options for the 2024-25 seasons, but it seems highly unlikely that they will entertain exercising either over the coming years. In addition to 500 home runs, Cabrera is chasing the 3,000-hit milestone. He needs 181 more knocks to get there. His recent production suggests, again, that he’ll likely reach that plateau sometime during the 2021 season, provided he can stay hearty and hale, anyway. Cabrera’s first home run of the night came on a hanging slider from right-hander Brady Singer, who was making his second career start.
Cabrera entered the night hitting .091/.231/.227 (32 OPS+) with one home run in six games. His advanced ball-tracking metrics suggest he’s made harder contact than the league-average batter, albeit while striking the ball at an angle that produces a lot of grounders. Indeed, prior to Thursday, Cabrera had hit 60 percent of his batted balls on the ground, according to Statcast.
Detroit Tigers slugger Miguel Cabrera recorded his 40th career multi-homer game on Thursday night against the Kansas City Royals, and his first since September 30, 2016. He now has 480 homers for his career, putting him in position to top the 500 mark sometime in 2021.