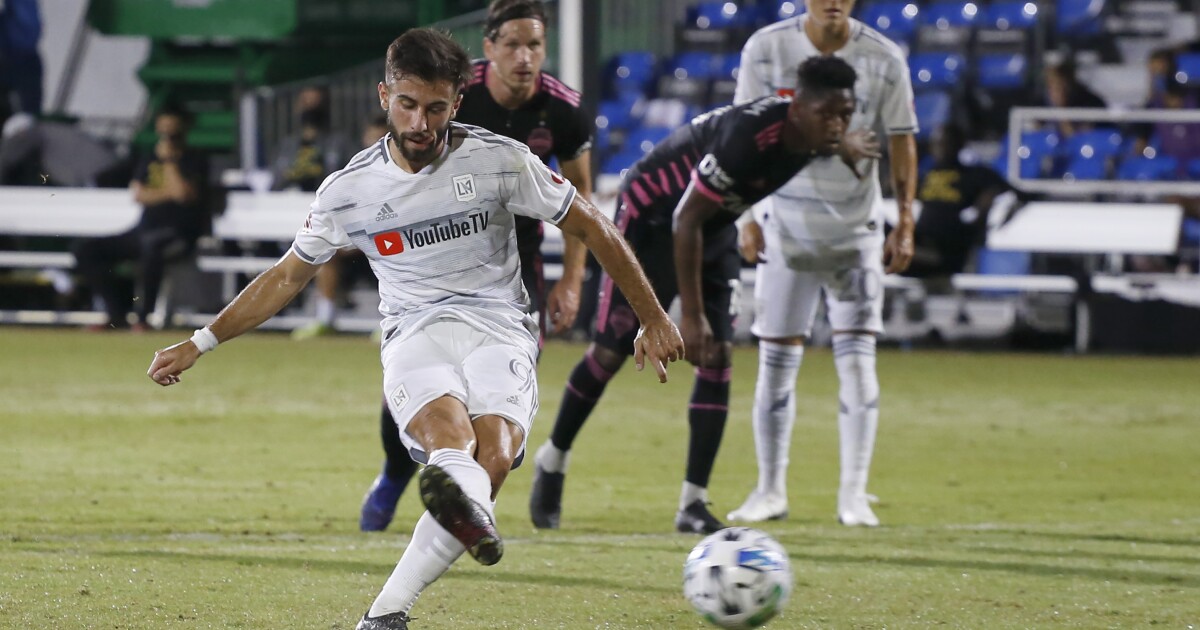 LAFC has collected goals in bunches during its run to the quarterfinals of the MLS Is Back tournament in Orlando, scoring a competition-high 15 times in four games. That shouldn’t be surprising since the team tied the league’s single-season record with 85 goals last season.

But it also has given up eight goals, surrendering multiple scores in four consecutive MLS games for just the second time in franchise history — uncharacteristic for a team that allowed the fewest goals in the league in 2019.

Defender Eddie Segura said LAFC is at its best when players work together on both sides of the ball, something they’ll need to do Friday when they meet Orlando City with a spot in next week’s tournament semifinals at stake.

”Our best defense is the offense we have,” he said in Spanish. “As defenders you have to be vigilant to cover the spaces, but this team is always going forward.”

That strategy worked pretty well in Monday’s round-of-16 game with Seattle as LAFC turned in its best defensive effort of the tournament by holding the defending MLS champions to one shot in the first hour of a 4-1 win. Diego Rossi had two goals, giving him seven in the tournament. Only two of the other 23 teams in the competition have scored more.

“Diego’s a stud and he’s been an absolute baller for us. Especially in this tournament,” defender Dejan Jakovic said. “He’s starting to show everyone really what he’s capable of doing. His biggest improvement has been his finishing.

“His work rate is always going to be up there but creating those opportunities and then being able to finish them is kind of what separates him.”

LAFC (3-0-3) is unbeaten on the season but Orlando City has been the surprise of the tournament, winning its group with only a draw to mar its record and then eliminating Montreal in the round of 16. LAFC will have additional challenges Friday since it had two fewer days than Orlando City to prepare and the weather forecast calls for the possibility of scattered thunderstorms at kickoff as tropical storm Isaias approaches.

“It’s another short turnaround,” said LAFC coach Bob Bradley, whose team has just three days between its final group-play match and the elimination stages. “And given the physical load of all the games, especially the game against Seattle, we’ll take all that into consideration.

“We lost a day so that feels a little bit tight. … [but] we feel good about the way we played against Seattle.”