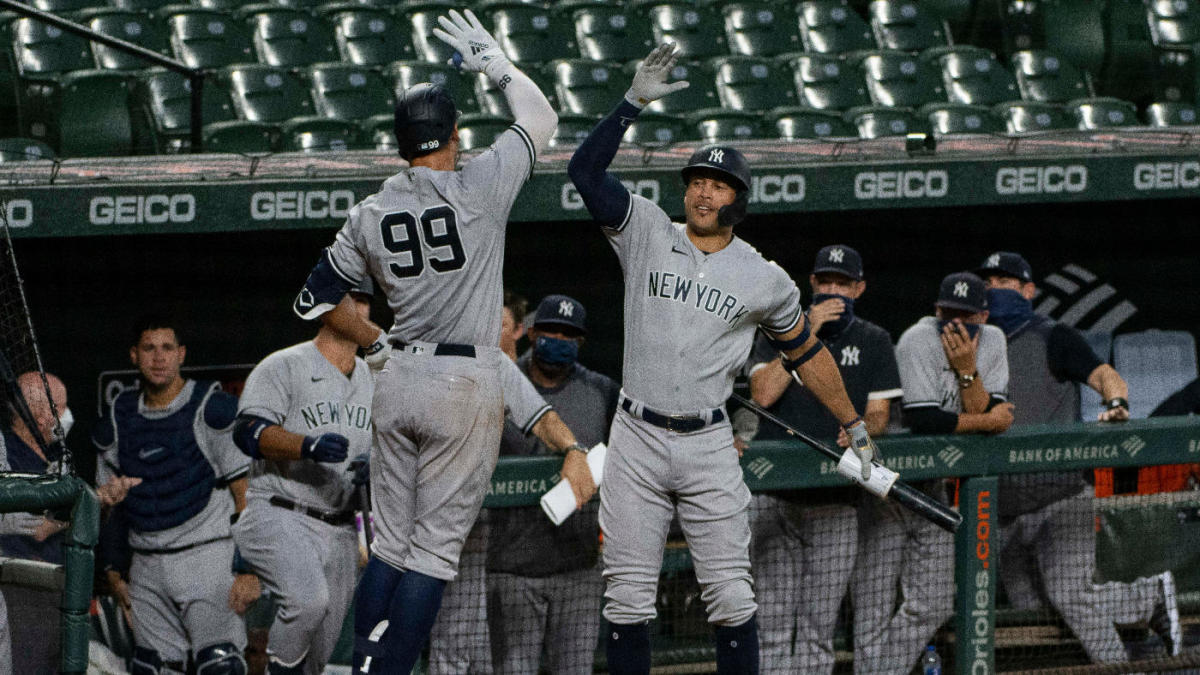 Watch Now: Time to Schein: Joe Kelly throws behind Alex Bregman’s head mocking the Astros (2:54)
The Yankees and Orioles are playing this week because the Marlins and Phillies are on hiatus following Miami’s COVID-19 outbreak. The Yankees were originally scheduled to play the Phillies on Wednesday while the Orioles were scheduled to play the Marlins. With those two teams out of action, MLB revised the schedule and sent the Yankees to Baltimore.
Of course, the Yankees did not need five runs to win Wednesday’s game, nevermind the nine runs they actually scored. Prized offseason pickup Gerrit Cole cut through an admittedly weak Orioles lineup before Dwight Smith Jr., the last batter he faced, hit a two-run home run with two outs in the seventh. Cole is 18-0 in his last 19 regular season starts. About the only surprising thing during Wednesday’s game is that Gleyber Torres went 0 for 4. Last year Torres went 26 for 66 (.394) with a whopping 13 homers in 18 games against the O’s. It is the second most homers a player has ever hit against another team in a single season (Lou Gehrig hit 14 homers against Cleveland in 1936).
As expected, the Yankees used the long ball early and often in Wednesday’s win. DJ LeMahieu started the game with a solo home run, then Aaron Judge (solo) and Aaron Hicks (two-run) went deep later in the game. The Orioles allowed three home runs in their first three games of 2020. They then allowed three in the first three innings Wednesday.

The New York Yankees and Baltimore Orioles were not originally scheduled to play Wednesday night, but I’m sure the Yankees were glad to be at Camden Yards. They trounced the Orioles 9-3 (box score) en route to their 17th consecutive win over Baltimore dating back to last season. It’s their third longest winning streak against a single opponent in franchise history.
The Yankees have hit at least three home runs in 13 of their 20 games against the Orioles since Opening Day 2019 and they’ve scored at least five runs in each of their last 16 games at Camden Yards. You have to go back to June 1, 2018 for the last time New York scored fewer than five runs in a game in Baltimore.
The Yankees collectively hit 61 — 61! — home runs against the Orioles last season. That is, by far, the most home runs any team has ever hit against any other team in a single season: