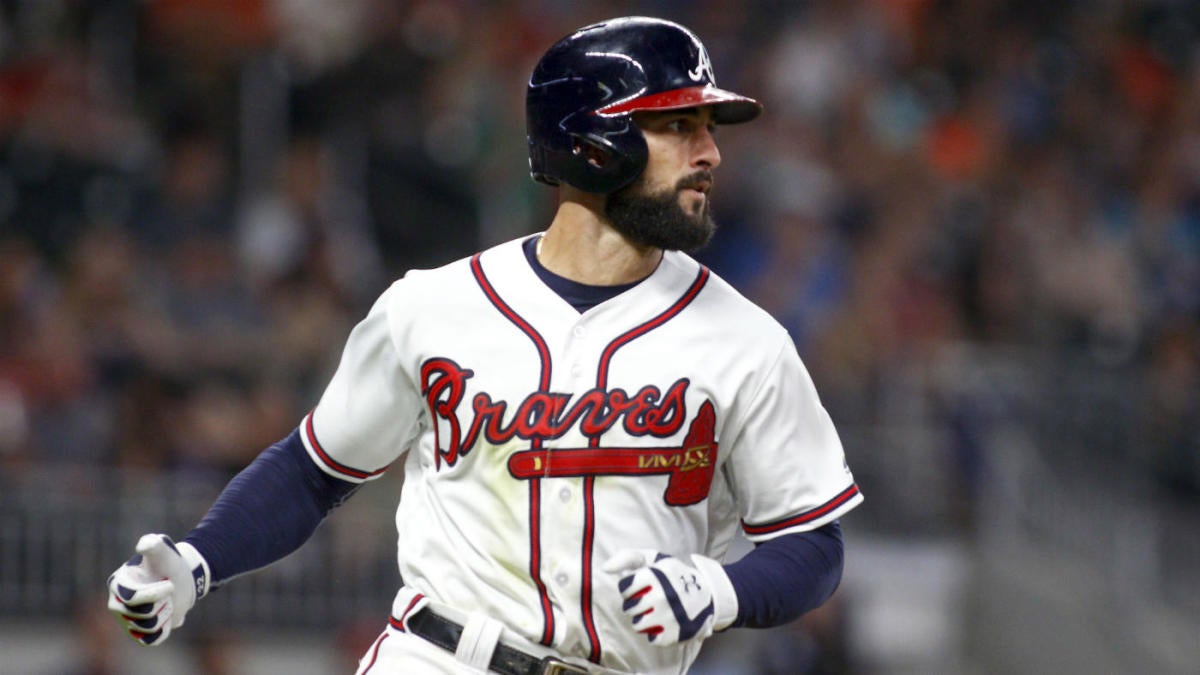 Watch Now: BREAKING: Nick Markakis Will Opt Back In For Braves (7:00)
Veteran Atlanta Braves outfielder Nick Markakis has reversed his opt out decision. Markakis will be rejoining the team despite opting out of the 2020 MLB season earlier this month, the team announced Wednesday. The timeline for his return to the lineup is not yet known, but he will soon be moved off the restricted list. Markakis is the first player to change his mind and return among the 15 MLB players who have opted out of the 2020 season.
The Braves are 2-3 on the season, and will host the Rays (GameTracker) Wednesday night. Markakis, 36, will likely serve as the Braves’ primary DH (National League teams will use the DH this upcoming season) when he makes his return. In 2019, Markakis hit .285/.356/.420 (OPS+ 98) with nine home runs. The Braves, who have won the last two NL East titles, figure to be in a tough battle with fellow contenders the Nationals, Mets, and Phillies.  “I’d like to come back. Sitting at home watching these guys compete in the last couple days and all the risks that they’re taking going out there. In a way, deep down, that pit in my stomach, I felt like I needed to be out there. I had the opportunity to be welcomed back and here I am. I’m going to do my best to get back as quick as I can and help these guys out.”
“I talked to my teammate and I talked to [general manager] Alex [Anthopoulos] and [manager] Snit [Brian Snitker] and all those guys,” Markakis said Wednesday.
At the start of spring training 2.0, the Braves announced four cases of COVID-19, including All-Star first baseman Freddie Freeman. When asked about the thought process behind his opt-out decision, Markakis said talking to Freeman “opened his eyes” and also said playing without fans would be “tough.”