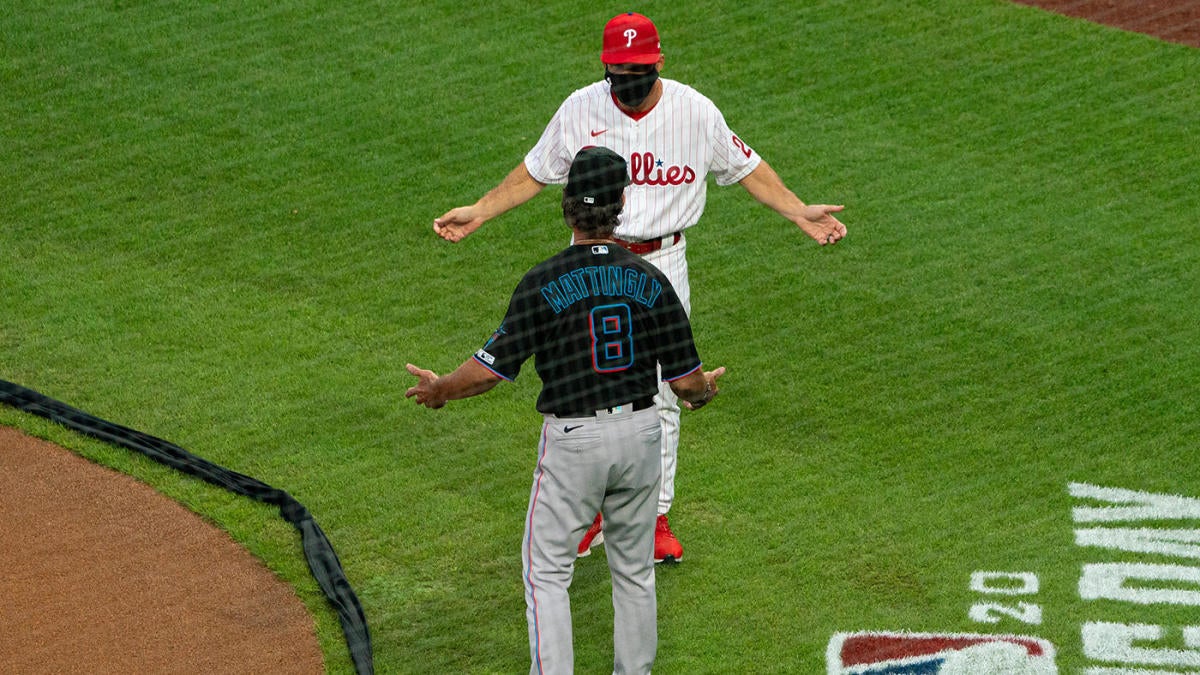 Watch Now: Breaking News: MLB Modifies Schedule Due to COVID-19 (0:47)
Tues., Aug. 4
The Marlins were scheduled to play a three-game series against the Nationals this weekend. The vast majority of Nationals players voted not to travel to Miami for safety reasons. Under the revised schedule, the Nationals will not play this weekend while the Marlins are on hiatus. Here, for the sake of laying it all out, is the revised schedule:
vs. TB
In an effort to minimize disruption to the season while containing the outbreak, MLB has revised the schedule to isolate the Marlins and Phillies for a period of time, the league announced Tuesday afternoon. Both clubs are currently undergoing additional testing following their series at Citizens Bank Park this past weekend. The 2020 season is not even a week old and already MLB has a COVID-19 crisis on its hands. As many as 18 members of the Miami Marlins, including 16 players, have tested positive in recent days. The outbreak forced Monday’s and Tuesday’s games in Miami and Philadelphia, where the Marlins played this past weekend, to be postponed.
The Phillies will be shut down until Saturday, as they have already postponed Friday’s restart against Toronto. Philadelphia will instead play a doubleheader on Saturday and one game on Sunday as the designated road team at Citizens Bank Park, according to Ken Rosenthal. The Blue Jays’ 2020 home venue in Buffalo won’t be ready for major-league games until Aug. 11.
vs. TB

As for player compensation, the March agreement on prorated salaries only applies to how many games each team is able to play. However, players on the Phillies, Orioles and Nationals will get the full 60 games, even if they are unable to play 60 as a team due to the circumstances here, Ken Rosenthal of The Athletic reports. There is no word on the Marlins’ players, though.

COVID-19 carries up to a 14-day incubation period with a median of five days, meaning if any Phillies players and personnel were exposed during the Marlins series over the weekend, it may not show up on Monday’s and Tuesday’s tests. The safest approach would be waiting another few days and retesting before allowing the club to resume play.
vs. NYY
at BAL

PPD
at BAL
vs. PHI
vs. BOS
We have moved to a daily testing schedule while we isolate and quarantine appropriately, along with enacting additional preventive procedures with our traveling party. We look forward to safely returning to Miami where we conducted a successful and healthy Spring 2.0 before departing on the road and experiencing challenges. For the time being, we will remain in Philadelphia and gather information in order to make informed decisions and prepare for our return to action next week.