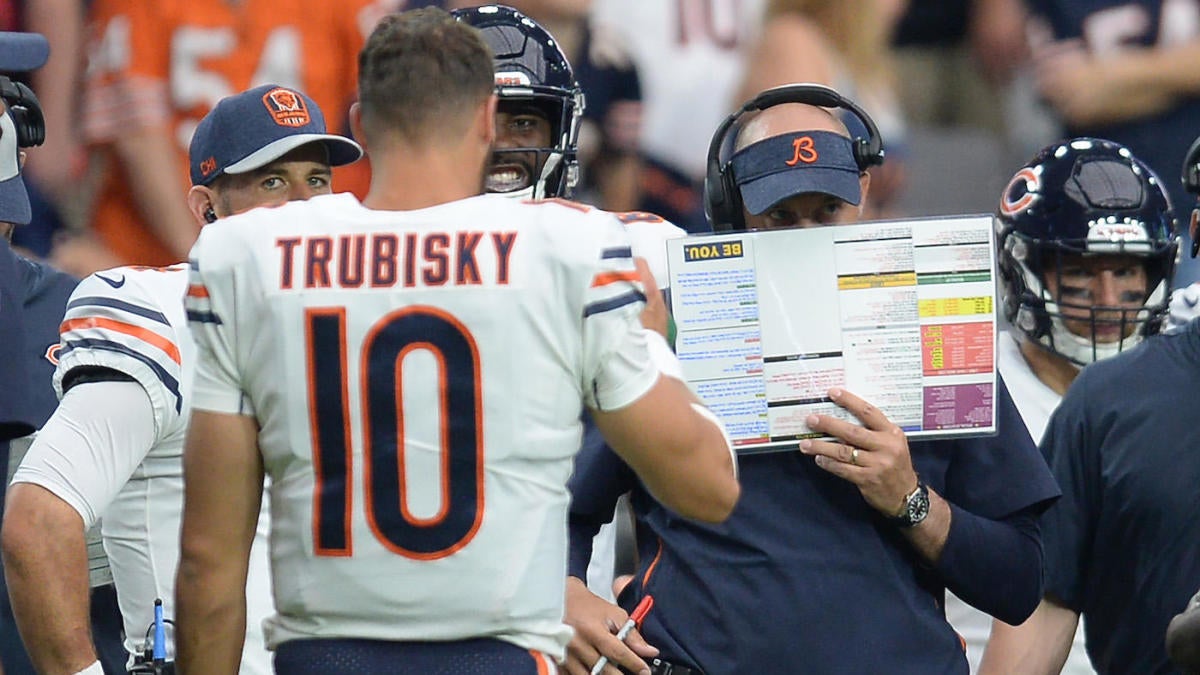 We are close to kicking off the 2020 NFL season, but things will look much different due to the ongoing COVID-19 pandemic. There will be no preseason football, several important players have opted out due to concerns about the coronavirus and position battles will look very different. Instead of the world getting to watch players vying for starting roles in preseason games, these decisions will take place in closed practices — and no position battle has garnered more attention this offseason than the Chicago Bears quarterback competition.

After Mitchell Trubisky regressed in 2019, the Bears decided to trade for former Jacksonville Jaguars quarterback Nick Foles. During a press conference on Wednesday, Bears head coach Matt Nagy told reporters that Foles will definitely be at a disadvantage in training camp because he was unable to work with his new wideouts this offseason, according to Bryan Perez of NBC Sports Chicago.

While this just reinforces the narrative that the competition is Trubisky’s to lose, Nagy also told reporters that they will approach this process honestly. Nagy said that if one quarterback “plays like crap” in a practice, the Bears will tell them that in front of everyone, according to Patrick Finley of The Chicago Sun Times. Nagy says that this competition is “a seasonal process,” and that while they obviously have to name a starter, Nagy indicated that they aren’t going to be glued to that quarterback if things aren’t going well during the season, according to Jason Lieser of The Times.

Foles parlayed a Super Bowl run with the Philadelphia Eagles into a lucrative contract offer in Jacksonville last offseason. The deal was worth $88 million over four years. After suffering an injury in Week 1, he essentially lost his starting job to rookie Gardner Minshew. Foles was named the starter when he returned, but he eventually lost that right in three weeks. In four games, Foles completed 77 of 117 passes for 736 yards, three touchdowns, and two interceptions. Nagy has said that Trubisky will get the first crack at winning the starting role, but this is clearly a battle that could drift into the regular season.