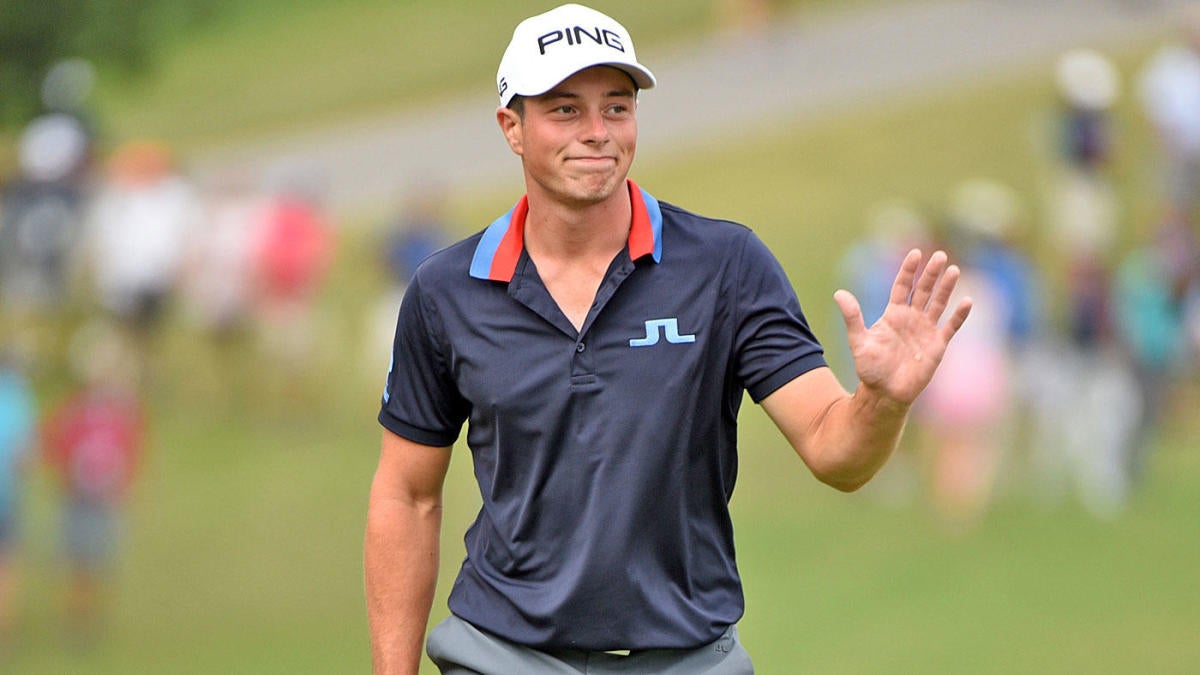 Would a surging player in the mold of Tyrrell Hatton, who is listed at 28-1 by William Hill, give you more value? Or can Joaquin Niemann (70-1) be one of this week’s Fantasy golf sleepers? Before finalizing any 2020 WGC-FedEx St. Jude Invitational Fantasy golf picks, check out the latest Fantasy golf rankings from data scientist Rick Gehman.

With his expansive database of golf statistics, course data and betting odds, Gehman creates advanced models and back-tests them constantly. These models produced 11 outright winners in the past year, including 30-1 Webb Simpson at the 2020 RBC Heritage, 50-1 Chez Reavie at last year’s Travelers and 40-1 Patrick Reed at the Northern Trust among nine PGA Tour winners, plus a $10,000 DraftKings win at The Masters.

At the Rocket Mortgage Classic this month, Gehman put Bryson DeChambeau atop his Fantasy rankings. The result: DeChambeau fired a 23-under, winning by three strokes. Then at the Workday Charity Open, Gehman was higher than most on Collin Morikawa, and he won in a dramatic playoff over Justin Thomas. Gehman had pegged Thomas at No. 2. Before the Memorial Tournament, Gehman told SportsLine readers that Jon Rahm “could be on the brink of breaking out.” Rahm cruised to a three-shot win and took over the world’s No. 1 ranking.

Now, Gehman, co-host of “The First Cut” podcast on CBS Sports, has revealed his top 30 players for the WGC-FedEx St. Jude Invitational 2020 over at SportsLine so you can crush your Fantasy golf picks.

Viktor Hovland has displayed the talent and drive since turning pro after the 2019 U.S. Open, and Gehman is high on the Norwegian to make noise this week. The 22-year-old is “the only golfer on tour to play all 24 rounds to open the tour’s restart,” Gehman told SportLine. “That’s a testament to how much he was willing to play, but he also made every cut. He notched five top-25 finishes in those six events.”

On the other hand, Gehman doesn’t expect Hideki Matsuyama to be in the mix, ranking him outside his top 25. The 28-year-old from Japan finished in the top 25 in consecutive events before a missed cut at the Memorial, but his putter has been digging him huge holes. He is fourth in strokes gained tee-to-green but 205th in strokes gained putting. “He’s historically poor on the greens, which has held him back from consistently high finishes,” Gehman said.

Strikingly, Gehman loves a long shot higher than 25-1 who has owned TPC Southwind but is being overlooked because he missed the cut in his last tournament. This darkhorse actually was surging before his recent missed cut, and Gehman expects him to contend and possibly win the 2020 WGC-FedEx St. Jude Invitational. Gehman is only sharing who it is, and his top 30 golfers in order, right here.