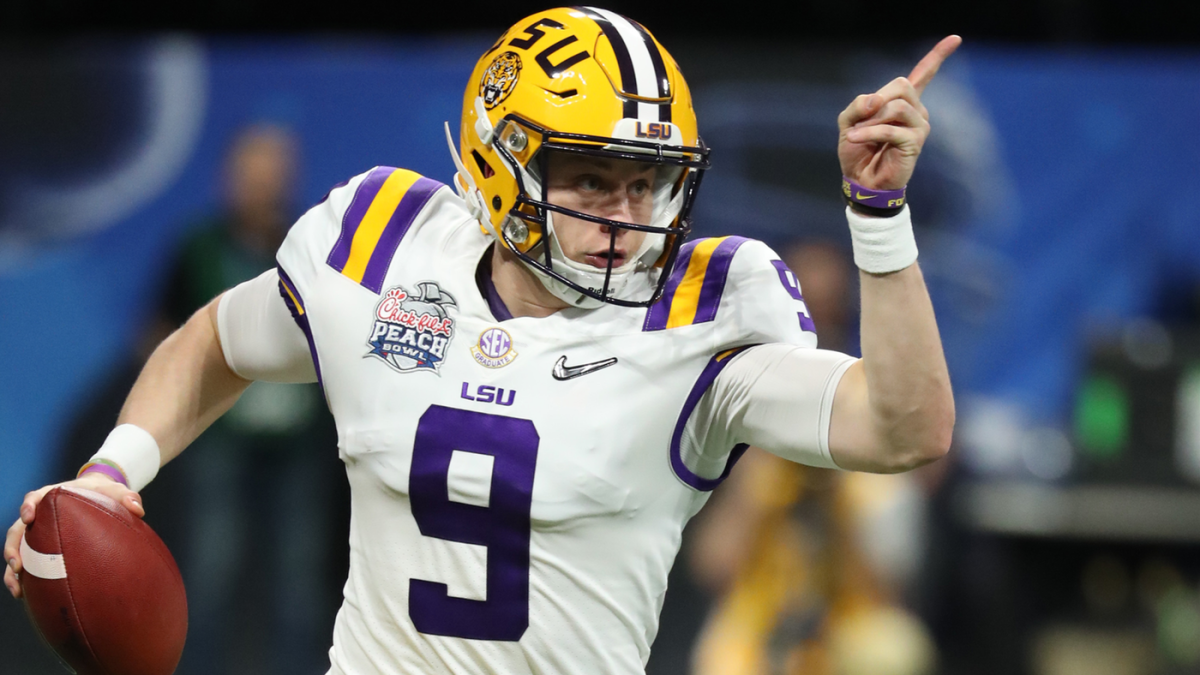 Joe Burrow, the No. 1 overall pick in the 2020 draft, has agreed in principle to a $36.1M contract with the Bengals pending a physical later this week, according to ESPN’s Adam Schefter. The rookie quarterback is receiving 100% of his $23.88 million signing bonus from the Bengals within 15 days of executing his contract.

Burrow is the 15th quarterback since 2000 to be selected with the No. 1 overall pick, joining the likes of Kyler Murray, Baker Mayfield, Andrew Luck, and Michael Vick, among others. But unlike the No. 1 picks that proceeded him, Burrow did not enjoy the luxury of a rookie minicamp. Instead, the new Bengals starting quarterback has spent the last few months engaged in virtual meetings with his coaching staff, as the COVID-19 pandemic forced teams to communicate remotely during the offseason.

Instead of getting physical reps with his teammates and coaches, Burrow’s weekly virtual offseason routine has included four two-hour Zoom meetings with his coaching staff. And while the situation is far from ideal, the Bengals are pleased with what they’ve seen from Burrow during this unusual offseason.

“Everything I would have hoped to have seen in this weird format, I saw,” quarterbacks coach Dan Pitcher recently said of Burrow, via Paul Dehner Jr. of The Athletic. “There’s that big void there of taking it to the field and doing it, but we have evidence of him doing it at arguably the highest level a college quarterback has ever done it six months ago. It is college football and the jump, but it’s been what I expected and he’s pleasantly verified what I thought I was going to see.”

Burrow, along with Pitcher and Bengals offensive coordinator Brian Callahan, used these Zoom meetings to go over the intricacies of the Bengals’ offense. While they weren’t able to get any physical reps done, the Zoom meetings allotted the Bengals coaching staff more time to discuss the nuances of the offensive system with Burrow. They also reviewed some of his LSU game film while discussing what parts of the Tigers’ offense could be implemented into Cincinnati’s offense in 2020.

“We looked at (LSU film) with him and he was able to share his thoughts about what he really liked and wanted to continue doing,” Pitcher said. “He and Brian would talk about it, say, ‘We very easily can incorporate these because we already do something similar. Maybe these are new but worthwhile. These couple can go on the back burner.’ It was a natural process that takes place.”

Just before the draft, Burrow put to bed previous reports about him not wanting to play for the Bengals, who haven’t had a winning season since 2015 and are in search of their first playoff win since 1990. Based on the recent praise of the Bengals’ coaching staff, Burrow is doing everything in his power to increase his and his new team’s chances at having success sooner rather than later.

“I’ve won everywhere that I’ve been,” Burrow said during a pre-draft appearance on “The Big Podcast with Shaq”. “I’ve never had a losing season in sports from the moment I was five-years-old. I’m not a loser. I just wanna go somewhere where I can win.”

While he is entering the NFL during unusual times, the Bengals are confident that Burrow will continue to grow in his understanding of the game plan.

“He’s a coach’s kid, so he’s been hanging around football since he was a little kid,” Callahan said of Burrow, whose father, Jim Burrow, recently ended a 37-year coaching career that included 14 years at Ohio University. “He’s got such a feel for it. A lot of these things aren’t new for him.”