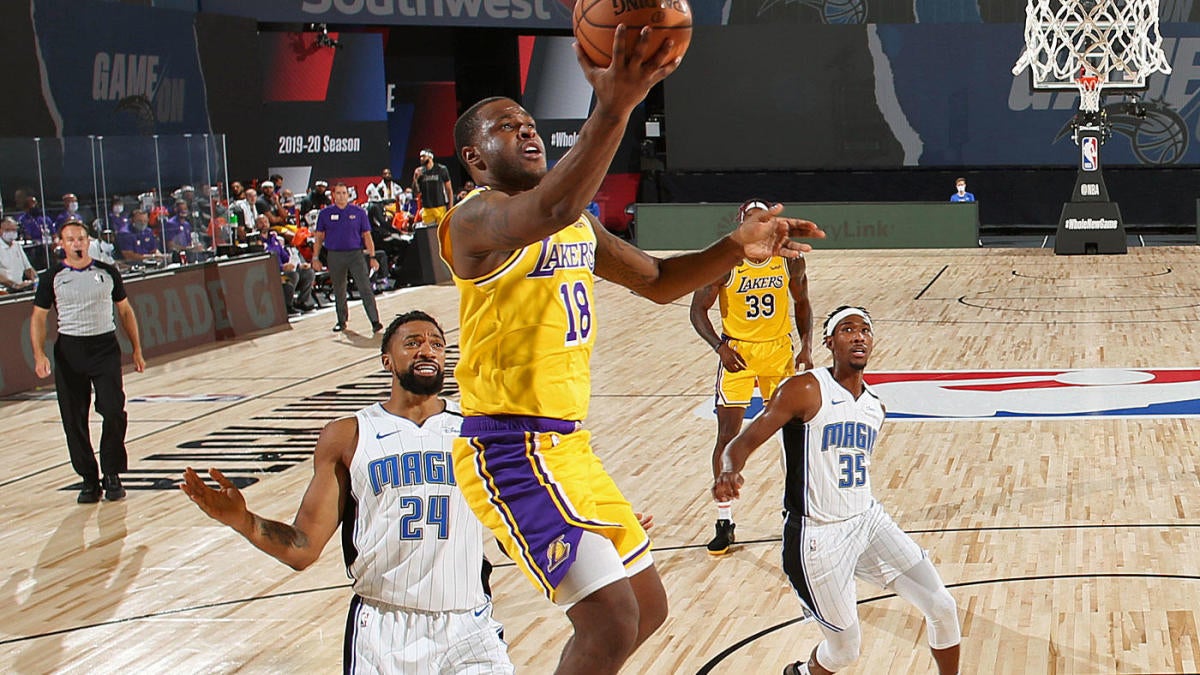 The NBA shouldn’t have been able to survive a four-month absence. By all logic, players should be out of shape and their timing should have rusted beyond recognition. But with the majority of the Orlando scrimmages in the books, we can safely say that basketball is back. Not the pale imitation many feared, but true, NBA-caliber basketball.

Teams are still missing key pieces. The eight seeding games will prove essential from a conditioning perspective. But the quality of basketball has been so high in these scrimmages that we can start drawing meaningful conclusions about the season that is coming based on them. Below are five of the biggest takeaways from this weekend’s slate of exhibition games.

The NBA lied to us. They told us they were building their bubble at Disney World, but go watch the games. They’re clearly taking place on Waiters Island. The Lakers‘ answer to their bench offense problem dropped 12 fourth-quarter points on Saturday to follow up a stellar debut on Thursday.

Those points didn’t come on a fluky heat check, either. The physicality and ball-handling Waiters has displayed in a Lakers uniform so far have been absent from their bench all season long. The Lakers have no shortage of off-ball shooters. Now, they finally have someone who can create his own offense for the precarious minutes LeBron James needs to sit out. They’ve scored a paltry 105.2 points per 100 possessions in those minutes this season, but if Waiters looks like this when the real games start, their greatest weakness will have been fixed.

When last we saw Andre Roberson on an NBA court, he made only 22.2 percent of his 3-point attempts. So helpless from behind the arc was Oklahoma City’s star defender that opponents resorted to not guarding him. At all. They nominally stuck bigs on him, but really, they left him alone in the name of extra rim-protection and help. Roberson was so good defensively that he still more than deserved playing time, but being arguably the worst shooter in basketball creates certain limitations.

But apparently Roberson has been doing more than just recovering in the two-and-a-half years he’s been out. “He’s shooting the ball better than he’s ever shot,” teammate Abdel Nader said. We scoffed, and justifiably so. “He’s shooting better than ever” is right up there with “he’s in the best shape of his life” among basketball quotes that are almost never true. But Roberson made us all look foolish on Sunday.

The worst shooter in the NBA nailed back-to-back 3-pointers in the final minute of Oklahoma City’s scrimmage against Philadelphia to give the Thunder the win. Throw in his 3-pointer in their first scrimmage, and Roberson is now shooting 75 percent from behind the arc in these scrimmages. That obviously isn’t sustainable, but the confidence with which he is shooting is. Look at how calmly and quickly he puts up the game-winner with a hand in his face. Nader wasn’t lying. Roberson has been working on his shot. If he can even get up to below-average as opposed to terrible, based on everything else he does, the Thunder are adding an incredibly valuable player.

Welcome to the 21st century, Indiana

The Pacers take a league-low 27.5 3-pointers per game. During their two scrimmages, they’ve taken 31 and 33. Not a huge gap … until you remember that the first scrimmage was only 40 minutes long. It’s a tiny sample, but equate those numbers to 48-minute games, and over the full season, the Pacers would be ninth in the NBA in three-point attempts per game.

There is no telling how this will translate to Indiana’s healthy roster next season. Domantas Sabonis was just an All-Star. He’s not going to the bench to cater to Indiana’s new small-ball group. But with a seemingly healthy Victor Oladipo back and Aaron Holiday starting in Sabonis’ place, the Pacers look like a whole new team, one potentially equipped to win a round or two. More importantly, it opens the door for a compromise next season. The Pacers have been remarkably successful without shooting over the past several years. If Nate McMillan internalizes the offensive success this group is having enough to just get them up to average next season, the Pacers could be legitimate contenders.

The Raptors did it again

Pascal Siakam should’ve been a fluke. Teams shouldn’t be able to consistently draft raw athletes late in the first round and turn them into all-around stars. Siakam became an All-NBA player when he learned to channel that athleticism into elite defense while simultaneously developing a 3-point shot and a tighter handle.

Well … OG Anunoby came into the NBA as a strong defender. He got up to over 38 percent from behind the arc this season. And now, he’s just casually doing stuff like this with the ball.

It makes sense. The NBA just had four months off. That’s the length of a typical offseason. Young players were naturally going to return with new skills. But for Toronto to pull this off with back-to-back late-first-round picks is utterly astounding. NBA teams scour the globe looking for even passable all-around wings. The Raptors seemingly create them out of thin air.

We missed you, Nurk

It’s difficult to figure out what possessed Terry Stotts to start Jusuf Nurkic at power forward alongside Hassan Whiteside on Sunday. It tainted his numbers somewhat, as crowded lanes led to a 4-for-13 shooting night. But otherwise? Nurkic looked like his old self on Sunday with 17 points, 13 rebounds, five assists and just as much defensive mobility as he showed in his breakout 2018-19 season.

The Blazers aren’t going to make any noise in these playoffs. Their best-case scenario is to nab the No. 8 seed and draw a first-round matchup against the Lakers with no small-forward-sized humans on their roster. Letting Carmelo Anthony defend LeBron James for seven games is the basketball equivalent of bringing a whiffle ball bat to a gunfight. But a healthy Nurkic is essential to Portland’s future. So far, it looks like the Blazers have their center back at full strength.