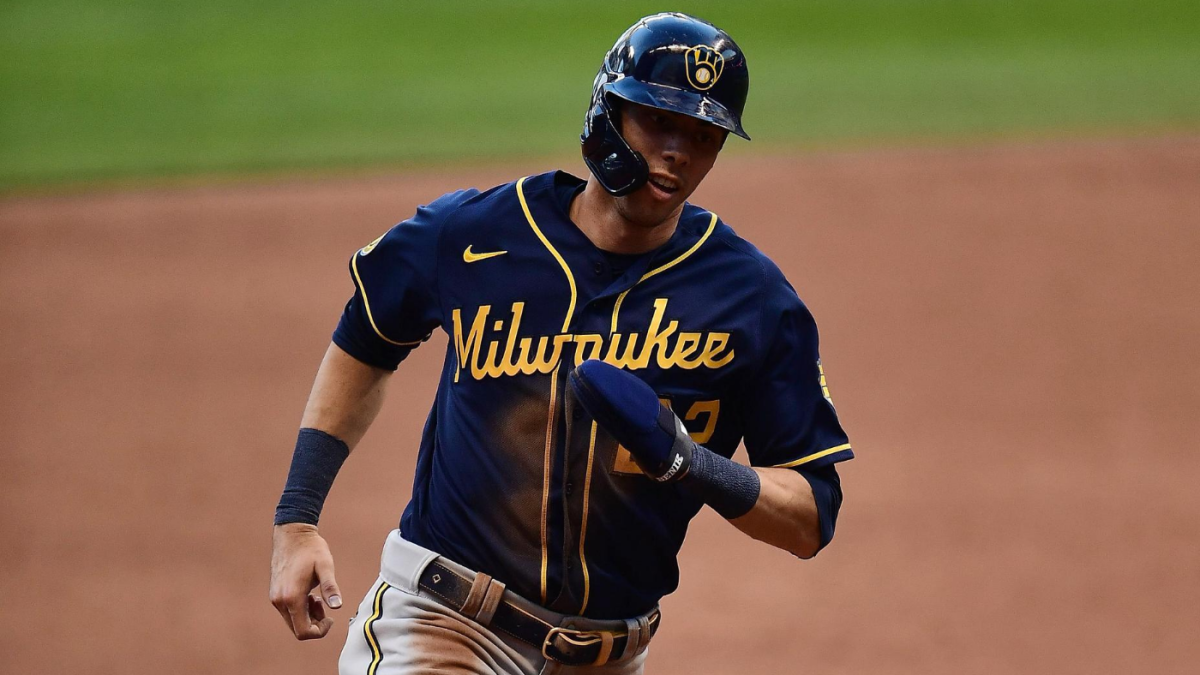 Watch Now: MLB Recap: Kyle Hendricks Tosses Shutout In Opener (2:21)
The slump narrative seemed to be picking up more steam on Saturday, too. Yelich started his afternoon with a pop-up and weak lineout in his at-bats against Yu Darvish, leaving him 0 for 6 on the season. He then fell behind 1-2 against left-hander Brad Wieck and seemed primed to drop to 0 for 7 before … well, before launching this home run to center:
That isn’t what you would refer to as a “cheapie.” Indeed, Statcast had that ball traveling 110 miles per hour off the bat and 425 feet in all.

Yelich’s blast was part of an improved offensive afternoon for Milwaukee. The Brewers, who were shutout and limited to just three hits by Kyle Hendricks in their Friday night opener, scored eight runs in the first seven innings at Wrigley Field on Saturday in an 8-3 win.

Milwaukee Brewers outfielder Christian Yelich found himself in an odd predicament entering Saturday’s game against the Chicago Cubs. Although he had taken only four at-bats on the season, a narrative was already emerging that he was mired in a slump. Whether or not Yelich is about to turn on the boosters and have a third consecutive MVP-caliber season is to be seen. Given that he suffered a major knee injury last fall, it’s certainly possible that he’ll require some more time before he returns to his previous form. Even so, it’s probably time to pump the brakes on the slump talk — if only until he’s played in more than two games.
Yelich’s issues were tied in part to a lousy summer camp performance that saw him go approximately 4 for 34 with 16 strikeouts — a far departure from what you’d expect from someone who has batted .327/.415/.631 over his first two seasons in Milwaukee — and in part to a rough opener. As our Matt Snyder explained in his tongue-in-cheek overreactions piece:
He tapped out weakly to the pitcher in his first at-bat, then struck out twice before harmlessly grounding out in the ninth with a runner on (it was a fielder’s choice, technically). He swung-and-missed five times, including twice with two strikes.