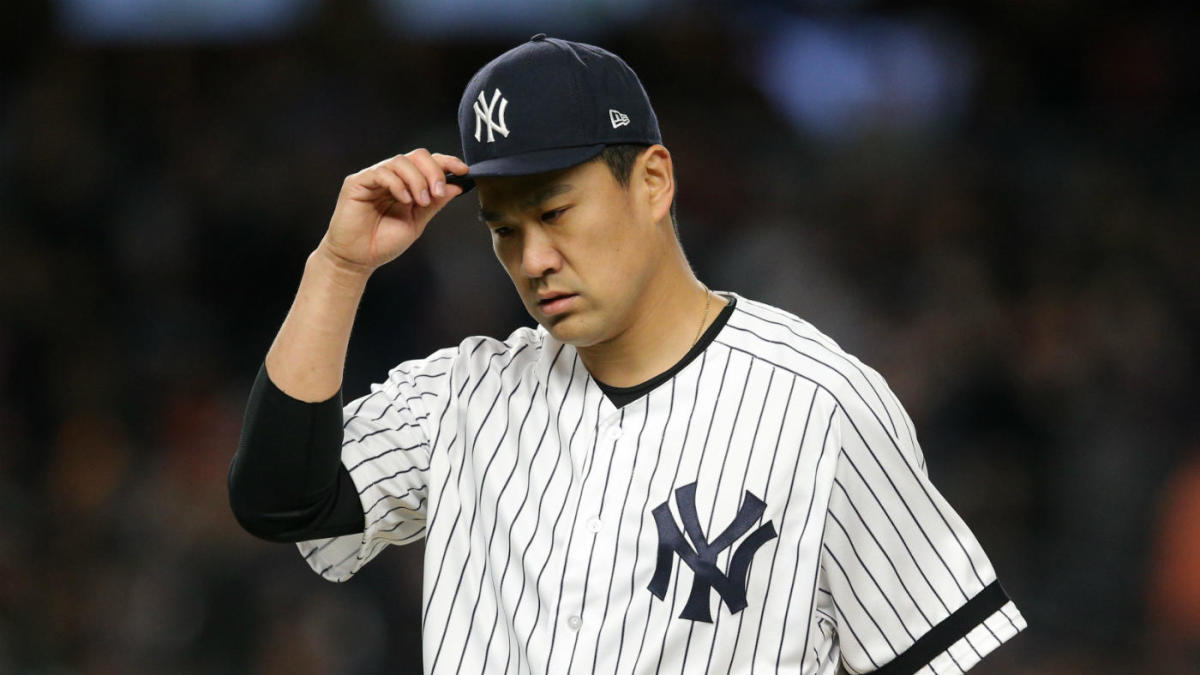 Watch Now: Stanton, Judge Power Yankees To Rain Delay Win (1:23)
Here’s more about the protective cap, via ESPN:
Tanaka, 31, is set to enter his seventh season with the Yankees. In his first six years, he averaged 27 starts per season and compiled a 113 ERA+ and 4.74 strikeout-to-walk ratio. Last year, he made his second career All-Star Game and led the Yankees in innings pitched.
Tanaka said that he received the insert from the Yankees trainers Tuesday before he completed his first throwing session against hitters. He threw 20 pitches in a simulated game Tuesday. The Yankees did not include Tanaka on their 2020 Opening Day roster, but the club says that he may be able to make his regular season debut as soon as July 31 versus the Red Sox. He has been placed under the league’s concussion protocol and placed on the 10-day injured list retroactive to Sunday.

“There really wasn’t any discomfort when I initially tried it, so I decided to use it during live BP,” Tanaka told ESPN through an interpreter. “It really didn’t bother me there either, so I like these particular cap inserts.”

Matt Meier, founder and CEO of manufacturer Safer Sports Technologies, told ESPN on Thursday that the current iteration of the company’s “Pro Performance” carbon-fiber inserts — provided to Tanaka and the Yankees — are handmade, reinforced with Kevlar, have polyurethane-based padding, weigh about 1.2 ounces and measure about 7.5 inches in length, 4 inches in height and 0.195 inches in thickness.
New York Yankees right-hander Masahiro Tanaka will wear a hard-shell protective cap insert during games this season, he told ESPN on Thursday. Tanaka was diagnosed with a mild concussion after being struck in the head by a line drive off the bat of teammate Giancarlo Stanton on July 4. “I only knew about the large bulky ones,” Tanaka told ESPN. “I never thought of wearing that as I thought it would affect my performance on the mound.”