The Premier League season draws to a close Sunday with 10 games kicking off at 8 a.m., six of which will have a bearing on who advances to European play or who is relegated next season.

EPL: Five teams enter the final day separated by just five points in the battle for the league’s four remaining European tournament spots. Two of those teams — Manchester United (17-8-12) and Leicester City (18-11-8) — will meet with a Champions League berth at stake on Ch. 4. United needs a win or draw to finish in the top four while Leicester can finish as high as third with a win or in fifth with a loss. In between those two is fourth-place Chelsea (19-12-6), which can move up a spot or down a spot depending on how it does against Wolverhampton (15-8-14). Wolverhampton needs a win to advance to the qualification stage of the Europa League. That game will be on the USA network. Anything less would open the door for Tottenham (16-11-10), a point back, to grab that spot with a win or draw at Crystal Palace (11-17-9). At the bottom of the table Norwich City (5-26-6) already has been relegated but the fates of Bournemouth (8-22-7), Watford (8-19-10) and Aston Villa (9-21-7) — separated by three points — are still to be decided. Aston Villa meets West Ham (10-19-8) on NBCSN and Watford plays Arsenal (13-10-14) on the Golf Channel. Aston Villa can stay up with a win while Watford can avoid relegation with a win or draw if Aston Villa loses. A loss by either would allow Bournemouth to sweep past with a victory at Everton (13-14-10) on CNBC. 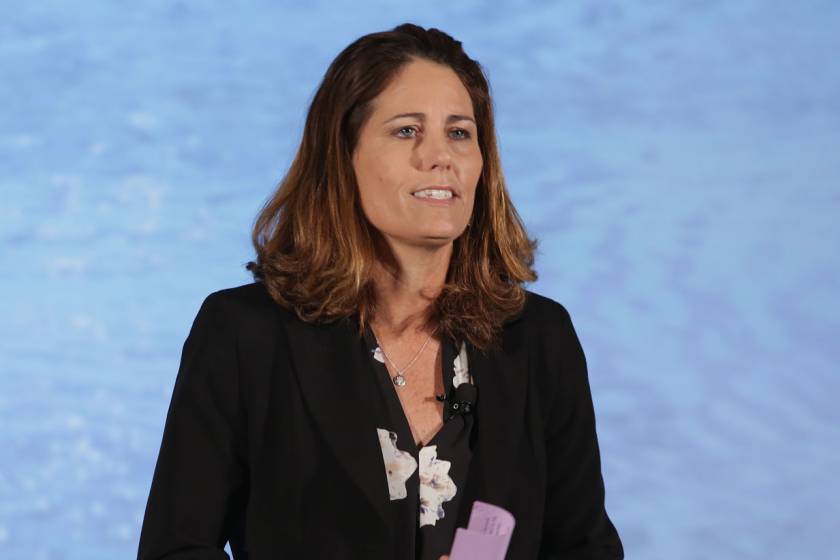 The majority-female group of founding investors in Los Angeles’ NWSL franchise see the team as a chance to build and develop women’s soccer.