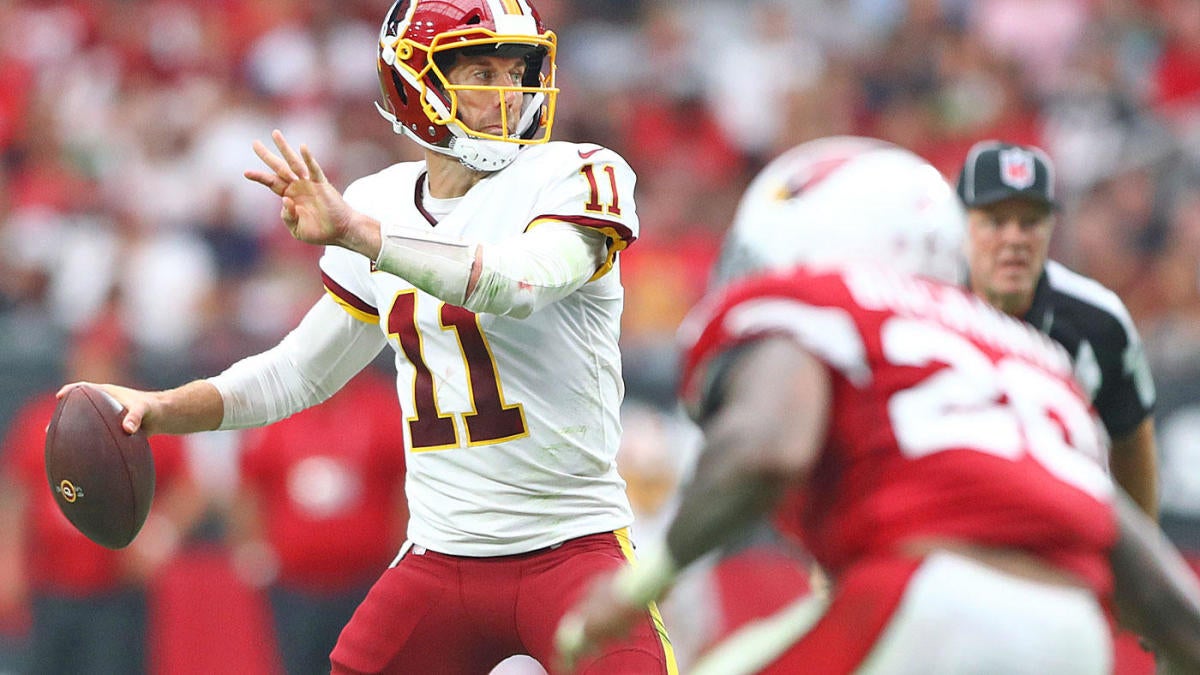 Washington Football Team coach Ron Rivera said this offseason that he ultimately decided against adding Cam Newton because the franchise is committed to seeing what it has in its “young guy,” otherwise known as former first-round draft pick Dwayne Haskins. But now Rivera might have veteran competition in the quarterback room anyway. According to ESPN’s Stephania Bell, former starter Alex Smith has been fully cleared for football by his surgeons more than 18 months after suffering a life-threatening leg injury.

The 36-year-old Smith, who joined Washington via trade prior to the 2018 season, is in the process of undergoing COVID-19 testing, per Bell, and is expected to report Monday to team facilities for the start of training camp, where he’ll take a physical. This comes months after Smith was featured in an ESPN documentary that chronicled his long road to recovery from tibia and fibula injuries suffered in November of his debut season with Washington. Those injuries, which at one point may have cost Smith not only his leg but his life, sidelined him for the entire 2019 season.

As ESPN’s John Keim notes, Washington’s own medical team must still clear Smith for football activity in order for the QB to take the field. Regardless, the former Kansas City Chiefs starter and No. 1 overall draft pick appears intent on resuming his career, as Bell reported:

Smith and his family spent the last few months in Hawaii, where he continued to train and prepare for the coming season. While he could sense that he was continuing to progress as far as his strength, conditioning and agility, it was impossible for him to know just how well the bone itself in his right leg was healing … Smith underwent another round of imaging including X-rays and a CT scan upon returning home to Washington.

“Everyone was in agreement that my bone was in a really good place,” Smith told ESPN. “I had healed a lot. They said that given the combination of the rod and where I was with the healing process, I had zero limitations and could even resume some football activities … For me, all eyes are on practice. That’s the next step. I have to go prove to myself and certainly to everybody else that I can go practice.”

Given Smith’s long absence and serious rehabilitation, it’s unclear what role, if any, he could still have for Washington in 2020, especially after an abbreviated offseason. But it’s not as if he’s an anonymous veteran, either. Rivera and his regime haven’t worked with Haskins in person any more than they have Smith, who’s still set to count for more money on Washington’s 2020 payroll than any other player thanks to his $21.4 million cap hit — a total big enough to account for more than 10 percent of the team’s entire cap. (Washington would not be able to release Smith, who got a four-year, $94 million deal upon arrival, without absorbing a $32 million cap hit.)

Before going down in 2018, Smith started 10 games for Washington, throwing 10 touchdowns and five interceptions in a 6-3 start atop the NFC East. Prior to joining the club, he split the first 13 seasons with the Chiefs and San Francisco 49ers.