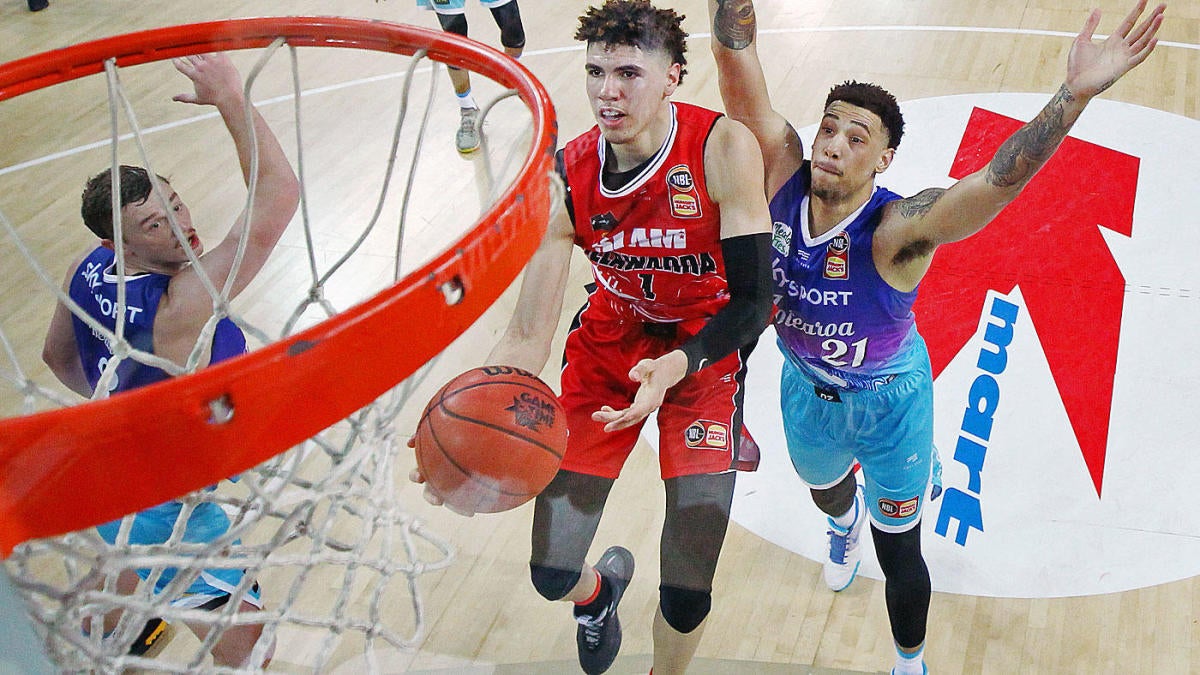 To his credit, LaVar Ball has been much quieter during his youngest son’s pre-draft experience than he was during his oldest’s. Perhaps because of Lonzo Ball’s slow NBA start relative to high expectations (partly created by his father), LaVar hasn’t been quite as bombastic about top 2020 draft prospect LaMelo Ball. Thus far it doesn’t seem that LaVar has steered any teams clear of his son — but we still have three months until the draft.

LaVar has already said that he would love for LaMelo to be drafted by the New York Knicks because he “is a big city guy,” and on a recent episode of the “Road Trippin'” podcast, LaVar said he doesn’t care whether his son goes No. 1 overall, as long as he has “a coach that believes in him and let him do what he does.” Another possible destination for LaMelo is the Golden State Warriors, who will have a top-five draft pick in October, possibly No. 1. With Stephen Curry and Klay Thompson already on the roster, the Warriors might want to bring Ball, a 6-7 point guard, off the bench — at least early in his career, as he learns the system from the Splash Brothers. Needless to say, LaVar isn’t a fan of that idea.

Ugh. The logic is flawed on so many levels that we don’t need to get into, but let’s start with the fact that Michael Jordan was 21 years old when he was drafted, coming off of three years at North Carolina. LaMelo is 18, with his only post-high school experience coming in 12 games with the Illawarra Hawks of the Australian NBL. Also, seems like coming off the bench worked out decently for reigning Finals MVP Kawhi Leonard and NBA MVP Giannis Antetokounmpo.

LaVar’s distaste with the idea of his son coming off the bench for the Warriors probably won’t be an issue, however. Despite some mock drafts having Ball as the No. 1 prospect in the draft, Golden State reportedly isn’t too fond of him, and will likely go in another direction.

There are plenty of reasons to love LaMelo as a prospect, but I think we can all agree that it’s best for him if LaVar keeps as quiet as possible regarding his son’s potential teams until the draft is over.