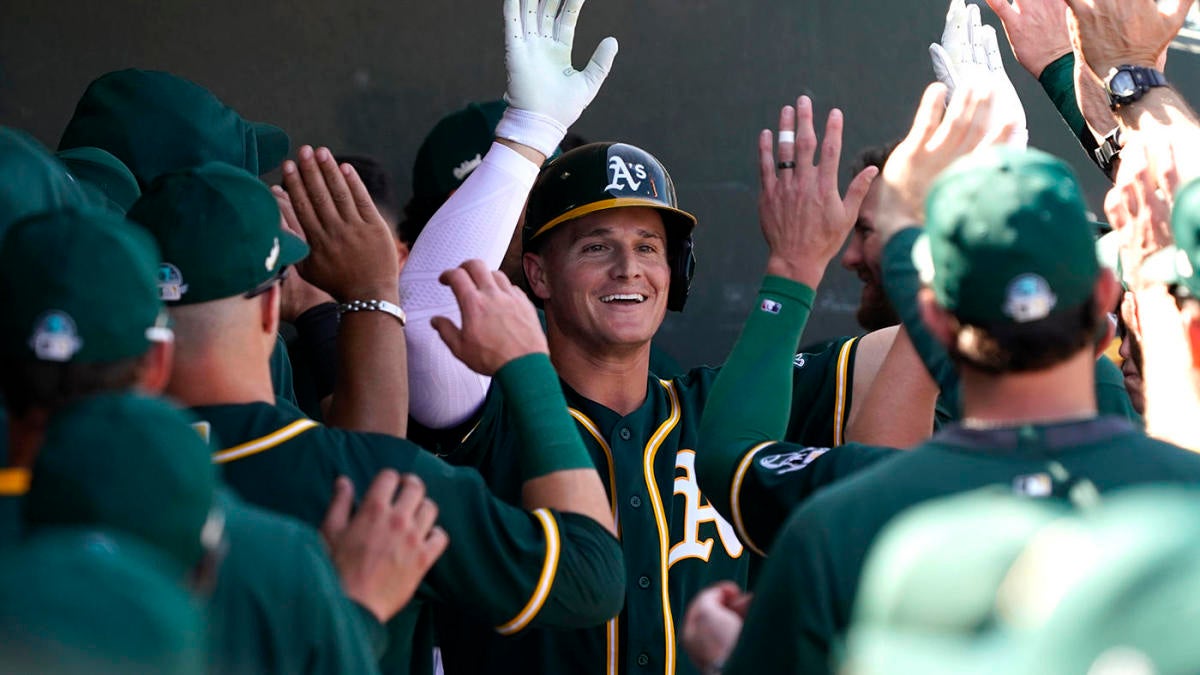 For the NL Cy Young, Jacob deGrom is the chalk pick and he’s +350. Walker Buehler at 8/1 and Jack Flaherty at 9/1 are better value picks. For a sleeper, Yu Darvish (who had 118 strikeouts and only seven walks in the second half last year) at 20/1 is nice. I’d rather Sonny Gray and Chris Paddack at 30/1 though. For a deep sleeper, I wanted Zac Gallen, but he’s not even on the board. I’ll pass on any of the listed longshots.
Kudos to those who were able to get Eugenio Suarez at 40/1 because so many have wagered on him leading the league in homers that he’s down to 15/1, trailing only Pete Alonso, Giancarlo Stanton, Mike Trout, Cody Bellinger, Joey Gallo and Aaron Judge.
With AL Cy Young, Gerrit Cole (+280) is the favorite and Justin Verlander isn’t far off at 7/1. I’ll pass and make Tyler Glasnow at 14/1 my pick. In the sleeper range I love Frankie Montas at 30/1 and Shohei Ohtani at 40/1. A deep sleeper? Man, how is Mike Minor 75/1? He finished eighth last season and now the Rangers’ new home is said to be pitcher-friendly.  My personal preference is the Cubs there, but the Reds have good value, too.

AL MVP Trout is 2/1 and he’s the pick. For a sleeper, how about Matt Chapman at 25/1? Deep sleeper? Yoan Moncada, Joey Gallo and Vladimir Guerrero are all 60/1 and any one of them works. I’ll take Gallo.  My safe pick is the Dodgers, sleeper is the A’s and deep sleeper is the Rangers.
The odds-on favorites are the Dodgers and Yankees and both clock in at 4/1. They are easily the two best teams in baseball for my money, so we wouldn’t look down on anyone laying cash on either. The return on investment isn’t huge, but it’s fair enough to warrant a bet. Those are the two best and safest picks.

Also, don’t sleep on the Mets at +300 or the Indians at +240 to win their divisions.
My longshot bet? Kyle Schwarber, who slugged .663 in his last 56 games last year, sits at 60/1. He actually opened at 80/1 and has gotten four percent of the action, so any Schwarber bettors should hurry and get their action in before it drops even lower.
In fact, let’s end it there because I all of a sudden have to go do something. Bye!

For the deep sleeper, J.T. Realmuto at 60/1 seems pretty good. If Schwarber was your pick to lead the league in homers, 75/1 on MVP odds seems pretty good. I’ll take new Padre Tommy Pham at 100/1, though, as the deep sleeper here.
Nelson Cruz at 25/1 looks enticing. Known hot-starter Bryce Harper sits at 28/1.
On NL MVP, Christian Yelich, Cody Bellinger, Mookie Betts and Ronald Acuna are the favorites, each clocking in at 7/1. Any would be a fine pick. For my safe pick here, I’ll go Acuna.  Le’ts dig deeper though for more action. Harper at 18/1 looks good. I was prepared for my deep sleeper to be Fernando Tatis, but he’s not all that deep at 20/1. I’ll take Tatis as a mild sleeper, but he’s not enough of a longshot to grab as a deep sleeper.
The Dodgers, Astros, Twins and Yankees are such overwhelming favorites it’s not even worth the bet. My best advice here? Pick whatever NL Central team you think it going to win what seems likely to be the most competitive race in baseball.
Sleeper picks? The Athletics and Reds are both 25/1 and that’s some pretty good action. The White Sox have surged to 30/1 based upon, as far as I can tell, them having two big offensive innings against the Cubs? Well, folks, we made it. The 2020 Major League Baseball season is finally upon us. For those who enjoy wagering, we’re going to take a look at all the odds via William Hill and make some preseason picks. Let’s not waste anymore time, because that’s all it feels has been happening these last few months, right?