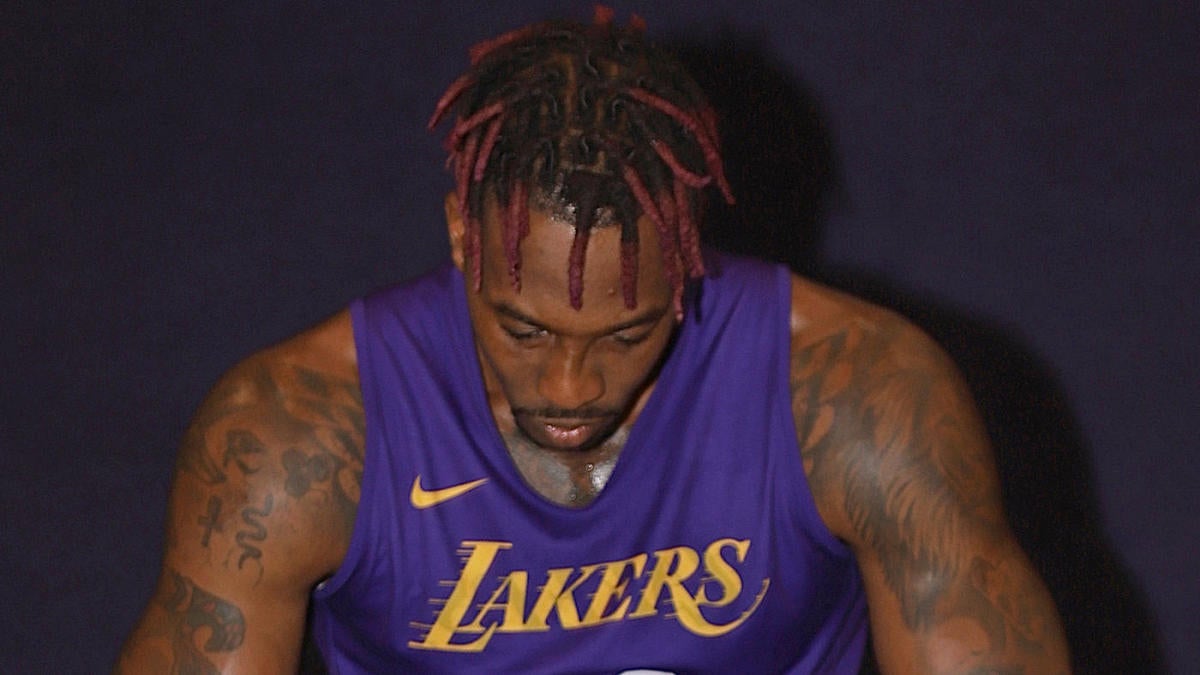 Watch Now: Time to Schein: Giannis Antetokounmpo is the MVP over LeBron James (1:51)

There are only a few hurdles likely capable of tripping up LeBron James and the Los Angeles Lakers on their would-be Orlando bubble run to an NBA championship: The Los Angeles Clippers. The Milwaukee Bucks. Perhaps a red-hot Houston Rockets team. An injury to LeBron or Anthony Davis.

That’s the takeaway from the latest Dwight Howard special, a self-inflicted wound of self-absorption meets unnecessary drama. You’d think the former-star-turned-key-role-player would have dialed down the distractions in his second go-round with the Lakers. And you would be wrong.

Yet the distraction and headlines of Howard saying he doesn’t see a reason for wearing a mask during a global pandemic that’s forced a shortened NBA season into a bubble is a short-term problem. Potentially passing on COVID-19 to the odds-on favorites in Orlando is something else entirely.

“I understand the whole ‘wear a mask’ and all that stuff, so nobody is not trying to do anything out of order. But, you know, again, I understand that there always has to be some type of controversy somewhere. And I’m not in no controversy. You know what I’m saying? I get it. It’s some clickbait.”

This came after the NBA gave Howard a warning for not wearing a mask, as required and clearly outlined in the league’s protocols for play in the bubble. Those things, from the rules to warning, are “facts,” not “clickbait.” Enough of those warnings and Howard could leave an already depleted contender without his services. And here’s another warning, a friendly reminder of the obvious for someone who clearly needs it: This pandemic, and its fallout, are about more than just you and your misguided need to be mask free.

There are no guarantees in 2020, and certainly not in the NBA bubble. But so far things look remarkably encouraging in Orlando, where the latest COVID-19 tests for the Orlando campus turned back a perfect score: 346 players tested, not a single positive test.

That’s a sign of the benefits of utter caution, not proof everything is certain to be well. We know the virus is contagious in the extreme. We know preventing spread is critically important, particularly for the NBA’s goal of salvaging what they can of this season. We know Florida, and the Orlando area, are rife with positive cases. We know Disney employees must — and do — come and go from the bubble to make it work. And we know for each team, the Lakers of course included, a single spreader among them could spell the end of their chances.

This is not rocket science.

This is not up for debate.

And as with wearing masks in general, this should not be hard to grasp nor follow.

Portland Trail Blazers star CJ McCollum gets it. As does almost everyone in Orlando.

“I’m wearing the mask and no one is around me,” McCollum told reporters Tuesday. “I just wanted you guys to know that.”

Interpretation: I’m doing the right thing here, and I’ve got no time for Dwight Howard.

Let’s get into some uncomfortable truths about Howard. He admitted this week to being part of the anti-vaccination crowd, with words that do not exactly strike confidence in his worldview on science and facts: “Do I believe in vaccinations? No, I don’t. That’s my personal opinion, but no, I don’t.”

Masks — in some ways like vaccinations — are partly an act of selflessness, since they are believed to offer real protection to those around the wearer. In the case of masks, more protection for others than oneself. And those around Dwight Howard in the days and weeks ahead will be names like LeBron James and Anthony Davis.

Howard has told us about his lack of faith and belief in the science of COVID-19, and that raises more uncomfortable concerns. Because those who don’t take this virus seriously are more likely to acquire it, and pass it on. See the unfortunate unlucky ones of COVID-19 parties. See former game show host Chuck Woolery, who went from COVID-19 doubter to worrying father of a son suddenly positive with the virus. See your local hospitals, where folks know the hard way this thing is real and can be ugly. See a large chunk of America amid rising coronavirus numbers.

What does this have to do with the NBA? It’s the same logic behind whichever person called the NBA snitch line to rat out Howard. If just one guy in the bubble lacks both caution and luck — from, say, an asymptomatic Disney employee who ends up nearby — a whole team’s chances could topple, one domino after the other.

A whole league could topple.

We’ve already seen this with Utah Jazz big man Rudy Gobert, whose lack of concern about COVID-19 months ago did not go unpunished.

We knew there would be at least one. And since the past often is prologue, it makes sense it would be Howard. Take a diva whose star has dimmed, throw in a history of meeting Lakers’ expectations with a me-me-me approach, add a dash of being in the anti-vaxxer crowd, and you’ve got your man.

The Bucks and Clippers — and maybe the Rockets, Raptors and Celtics on a good run — could beat a fully healthy Lakers team in a seven-game series. Maybe. Injuries can always derail championship dreams. This restart and the questions of chemistry, rhythm and conditioning may shape things. But the new threat, the one that you can’t beat if it finds its way to you, is the series-long quarantine necessary if you contract COVID-19.

So wear a mask. Error on the side of safety. Follow the lead of guys like McCollum, and all the players acting responsibly in that bubble.

Really, Dwight, how many times do you want to ask L.A. fans for forgiveness? They let last time go. But having announced your insouciance to the COVID-19 virus and the facts surrounding it, all it takes is a little bad luck to be the guy who costs the Lakers their best chance at another NBA title.

So stop making it about you. Make it about what’s right. Or about your team. Or Lakers fans. Or just some good publicity. Hell, make it about you and avoid being the guy who becomes the poster child for NBA irresponsibility during a global pandemic.

Whatever it takes, wear your mask.