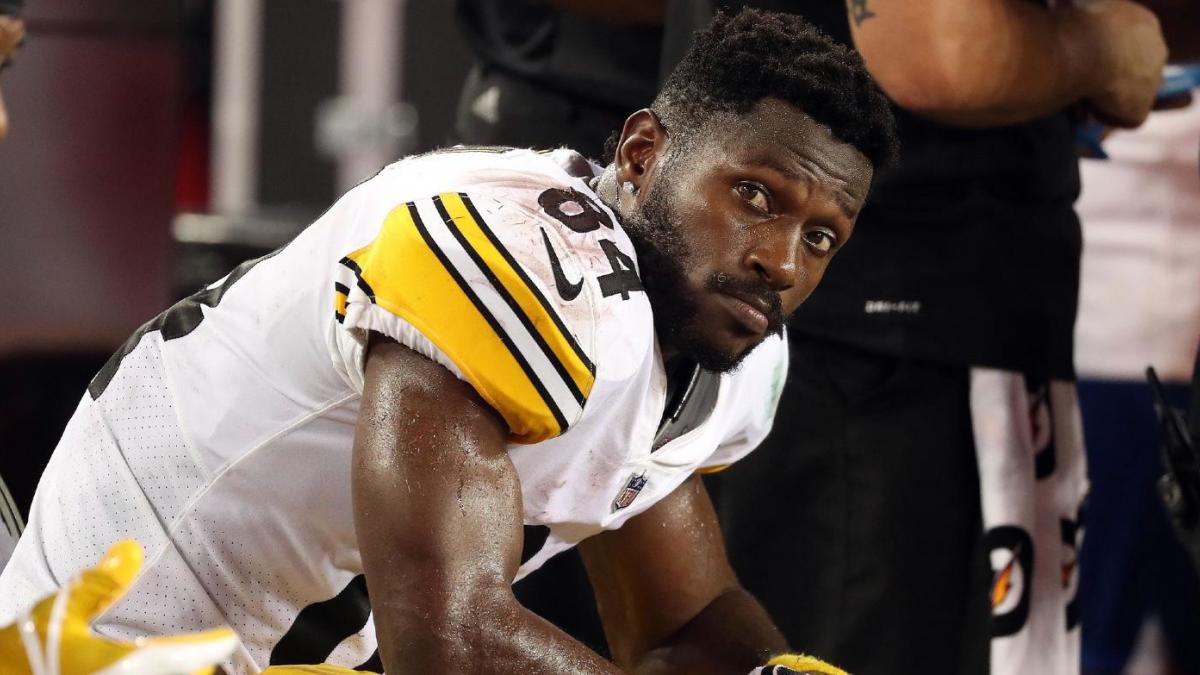 Antonio Brown started the week by retiring via social media. Two days later, Brown has stated his intention to resume his career. He is also asking on the NFL to conclude its personal conduct investigation which began last September.

Brown was recently close to settling his case with Britney Taylor, scheduling a mediation before backing out of it, according to ESPN’s Jeremy Fowler. This is now the second time that Brown has gotten close to settling before publicly hinting at retirement shortly thereafter. Taylor, a former trainer of Brown, accused him of sexual assault and rape in a civil lawsuit last September. The lawsuit, along with Brown’s alleged threatening messages to another woman who accused Brown of making unwanted advances towards her in an interview with Sports Illustrated, ultimately led to Brown’s release from the Patriots.

“I have complied with each and every ask of your investigations throughout the past 11 months. You have had access to all of my phones, you know what the deal is in each and every situation that the media has distorted.

“I have been seeing the therapist you asked me to, I have worked on all aspects of my life this past year and have become a better man because of it. The fact that you refuse to provide a deadline and the reason for the fact you won’t resolve your investigations is completely unacceptable. I demand you provide me clarity on this situation immediately if you really care about my well being.

“My legal team continues to ask and you provide no answers. How is it that the league can just drag it’s feet on any investigation it chooses on players and we just have to sit there in limbo? Need an update so I can talk to these teams properly, they’re waiting on you NFL let’s get this thing moving! We’ve got history to make!!”

NFL commissioner Roger Goodell was asked about the status of the investigation during his Super Bowl press conference.

“We have to think about the well-being of Antonio Brown,” Goodell said at the time. “You can be sure the NFL and NFLPA have all the resources available. We want to get him on the right track, to a zone where we think he can be successful in life.”

Despite his recent off-field incidents, there are teams that are reportedly interested in signing Brown. Earlier this week, ESPN’s Jeremy Fowler reported that the Seahawks have looked into the possibility of signing Brown, a member of the NFL’s All-Decade Team for the 2010s. Brown shared a video of himself catching passes from Seahawks quarterback Russell Wilson earlier this month.

Earlier this offseason, Ravens general manager Eric DeCosta, during a recent interview with Adam Schein on Sirius XM’s Mad Dog Sports Radio, did not rule out the possibility of signing Brown, who did plenty of damage against the Ravens during his nine-year run with the Steelers.

The issue, according to Fowler, is that teams are awaiting to see how many games Brown will be suspended once he is signed. NFL teams are reportedly anticipating that Brown will indeed face a suspension once he is ultimately signed by a team.

Brown, who turned 32 years old on July 10, was the NFL’s most prolific receiver from 2013-18. During that span, Brown became the first player in league history to catch at least 100 passes for six consecutive seasons. HIs best season took place in 2015 when, despite not having Ben Roethlisberger for four games, he set career highs with 136 receptions for 1,834 yards and 10 touchdowns. In 2017, Brown was gaining MVP momentum before a lower body injury held him out of Pittsburgh’s final two games of the regular season. Brown, despite not being 100% healthy, returned for the Steelers‘ divisional round playoff game against the Jaguars, where he managed to catch seven passes for 132 yards and two touchdowns in Pittsburgh’s 45-42 loss. It would be the final playoff game for Brown with the Steelers, who granted Brown his release the following offseason.

If Brown is going to resume his career, he obviously feels that the NFL needs to end its investigation sooner rather than later.