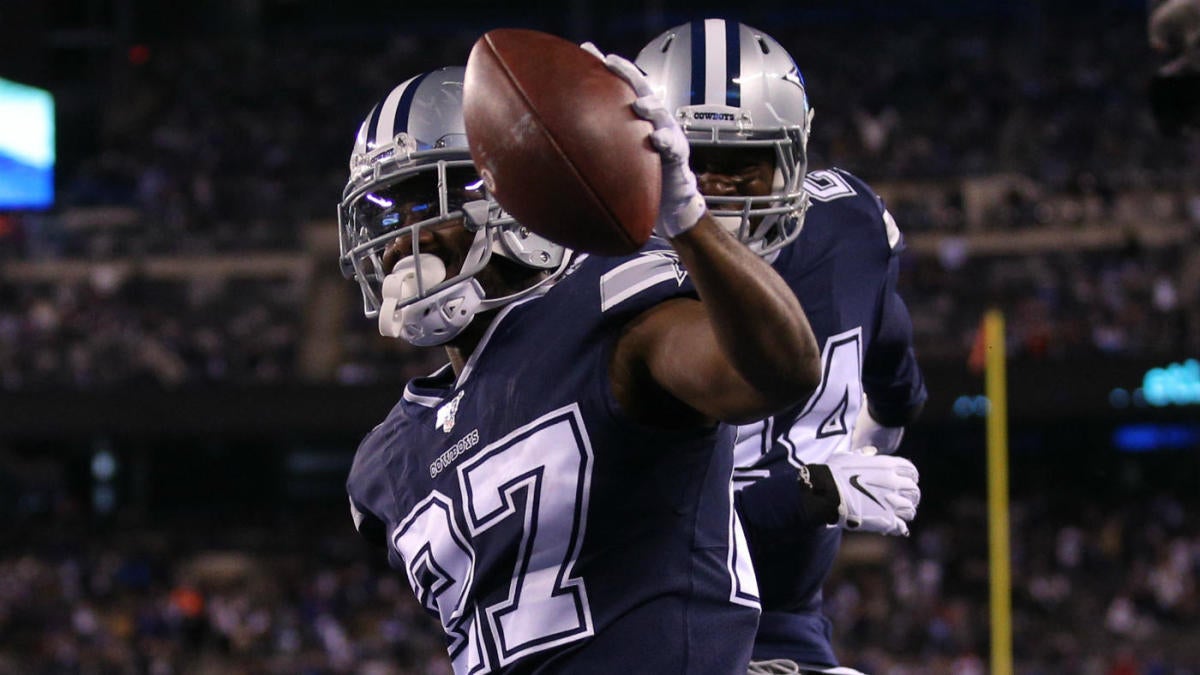 The NFC East is never a division short on headlines, and it’s often one that leads the league in parity. The latter point is driven home often in how difficult it’s been for a team to repeat a division champs, with none of the four foes having been able to achieve that feat since 2004. The better part of the last half decade has seen the Philadelphia Eagles and Dallas Cowboys volley the crown back and forth, while the New York Giants and the nameless team in Washington having been relegated mostly to caboose duty. As the 2020 season approaches, and with the entire NFC East now reset, many interesting moves by each team sets them up to challenge for the throne in one way or another.

Sweeping head coaching changes for the Cowboys, Giants and the team Dan Snyder owns (at the moment?) creates as much hype as it does its own set of challenges, as all work to acclimate to their new homes without the benefit of an in-person offseason or mini-camp. That tidbit simply adds to the list of questions surrounding the division, and as homegrown talent attempt to be a savior for their respective team at their respective positions, the NFL is working diligently with the NFLPA to have training camp begin as scheduled on July 28.

If everyone gets their wish and camp does get underway as planned, expect these position battles to immediately take the forefront as the Cowboys look to do what’s rarely done — namely repeat as NFC East champs — while the other three teams gear up to keep that from happening.

While that’s no longer headline news months after he took his talents to the Miami Dolphins to become the richest cornerback in NFL history, the void he leaves behind is a question mark that needs answering for the Cowboys, and training camp will be where it starts to get hashed out. That’s also just one part of the equation in Dallas, because the Cowboys also have a pressing need to figure out what’s going on at the safety position. A trade for Jamal Adams is more unlikely than it’s ever been, and they can only hope the signing of Ha Ha Clinton-Dix returns him to prime form, by way of a reunion with Mike McCarthy. They also need to figure out what to do with Chidobe Awuzie though, who could be on his way from corner to safety — in a contract year, no less — along with the positioning of a newly-signed Daryl Worley and rookie Reggie Robinson, while 2020 second-round pick Trevon Diggs will be tasked with stepping in and immediately filling the shutdown shoes of Jones.

If you’d like to listen to a breakdown of all the NFL’s biggest training camp battles, you’re in luck. Cody Benjamin joins host Will Brinson on the Pick Six Podcast to size up the top 10; listen below and be sure to subscribe for daily NFL goodness.

As it stands, the only certainty the Cowboys have at safety is Xavier Woods (also entering a contract year), and while they can depend on Jourdan Lewis and Anthony Brown to battle it out at nickel corner, nothing else is written in stone in the defensive backfield. This will be especially true if second-year talent Donovan Wilson takes a step forward at safety to challenge his veteran compatriots like a re-signed Darian Thompson.

Add in other new pieces not named here (e.g., Saivion Smith, Maurice Canady), and it should be quite the camp warfare at DB.

Who wants to be the top target for Carson Wentz?

Seems like an easy enough question, considering every wide receiver on the team will answer with a passionate “me!”, but that’s easier said than done when looking at the team’s roster. The early portion of the offseason was wrought with continued rumors of discord between Wentz and Alshon Jeffery, leaving many to wonder if there’s a clock hovering above the head of the latter. The team is reportedly open to moving Jeffery in 2020, and he’s open to being traded, which begs the question if he’ll even be on the roster when Week 1 rolls around. Assuming he isn’t (or even if he is), there’s a glowing question mark opposite DeSean Jackson — who himself seemingly narrowly avoided a release after a controversial, anti-Semitic social media post. The team entered the 2020 NFL Draft knowing it needed assistance, but chose to not trade up and steal a falling CeeDee Lamb from his eventual landing spot with the rival Dallas Cowboys, instead opting to stand pat and select the talented Jalen Reagor instead.

Reagor won’t be looked upon as an outside receiver though, but instead an impact player in the slot, which leaves the Eagles banking on a new addition like the speedy Marquise Goodwin to help out, although Goodwin feels more like depth behind Jackson than his expected counterpart outside the opposite hash. Rookie fifth-round pick John Hightower enters camp with tons of promise, but not the collegiate pedigree most would like to see from a rookie being asked to potentially be the No. 1 receiver.

Replacing Nelson Agholor won’t be difficult at all, but for a team whose top three receivers in 2019 included two tight ends and a running back — with no one reeling in more than 1,000 yards receiving — it’s obvious what the Achilles heel is entering camp.

And while that’s a glaringly obvious statement, not every team can make it happen on a consistent basis. The Giants are one such team, having once been well-known for their ability to get after the quarterback, but having since devolved into a shell of their former selves in that respect. Prior to linebacker Markus Golden delivering 10 sacks in 2019, there hadn’t been a double-digit sack producer for Big Blue since Jason Pierre-Paul racked up 12.5 in 2014. For a team that was home in the early 2000s to now Hall of Fame pass rusher Michael Strahan, and in a division with so much talent at QB, this simply won’t do. The relationship between the club and Golden has been nothing short of weird this offseason, but the decision to utilize the rarely used unrestricted free agent tender on him — immediately following the NFL Draft —  means he’ll remain in New York if he fails to sign elsewhere.

Having not garnered much interest on the open market, the move could be a coup for the Giants, who keep their top pass rusher from 2019 on the roster. While that solves one issue, it doesn’t answer the question of what will become of Leonard Williams, production-wise, this coming season; on the heels of what many view as a disappointing first year that cost the Giants a pretty penny via trade with the Jets.

Maybe the newly-acquired Kyler Fackrell and Blake Martinez will help the cause, but what’s clear is several players must step up — even if that includes an unheralded rookie like Tae Crowder — to help the Giants re-establish themselves as a team QBs should fear.

You can never have too much of a good thing.

Such is the age old adage, and while you can argue later about the accuracy of the statement, what can’t be argued is the fact the team with no name has a slew of running backs — but nothing hints at it being a “good thing.” If anything, it’s a testament to how they’ve been unable to figure out the future at the position in recent seasons, having to continually fall back on the Hall of Fame shoulders of an aging (yet still mostly ageless) Adrian Peterson. It was just last season when Peterson voiced his angst at the team’s decision to make him a healthy scratch to begin the year, their plan being to unleash Derrius Guice. It didn’t take long for Peterson to again be named the top guy and for Guice to again find himself battling injury (meniscus), and the decision to draft Antonio Gibson hints at the throne no longer being held for Guice — despite the fact he’s a former second-round pick.

Guice insists he’s fully healthy and has a chip on his shoulder to prove his doubters wrong in 2020, but the fact is he’s played in only five games and has only one start in two years. Gibson will be given a chance to battle him head-on in training camp, but he’ll also have to hold off four (!!) other halfbacks to do so. The club signed Peyton Barber and J.D. McKissic this offseason, while Bryce Love and Josh Ferguson would also like a word. Peterson says he wants to play another four years in the NFL, but this is also a contract year for the seven-time All-Pro.

That means one of the other six running backs are truly going to be pressed to prove themselves his successor in Washington, or the club will be forced to figure out why none of them can. Yes, there’s work to be done in figuring out who’ll complement Terry McLaurin at wide receiver, but that battle pales in comparison to the logjam in the RB stable.

The camp battle in the front office is also one to watch, but that’s a different story.