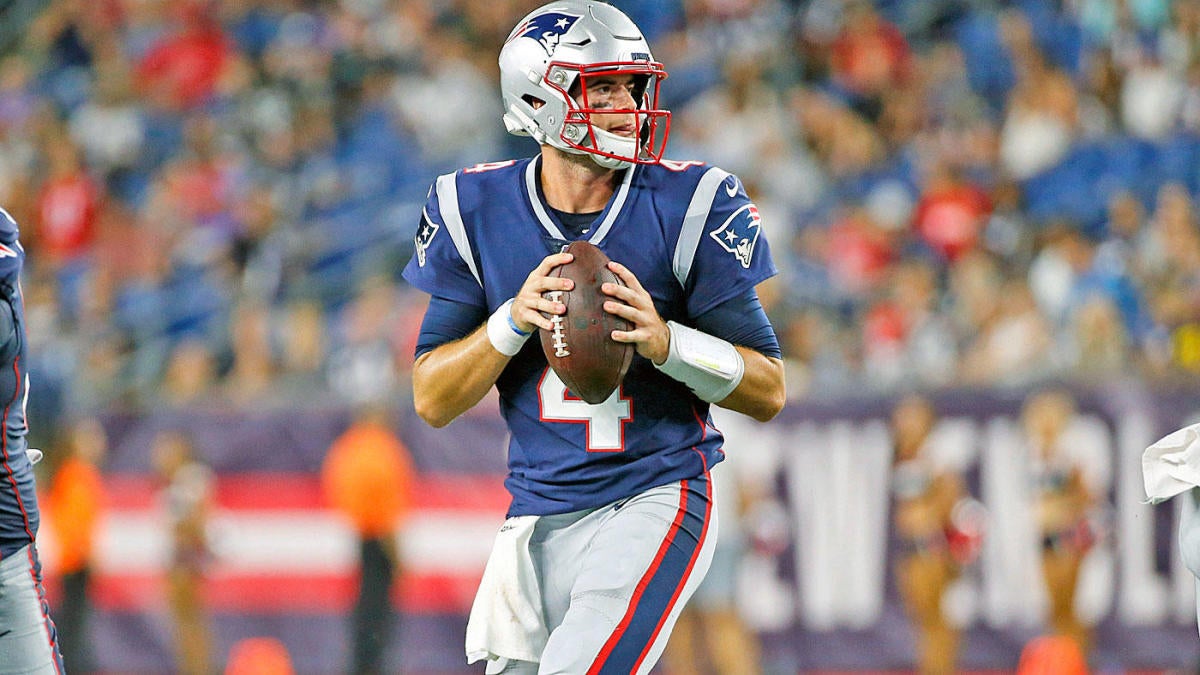 The AFC East hasn’t been the most well-rounded and prolific division as a whole over the last few years, but things seem to be on the upswing for most of these clubs. Thanks to a certain quarterback leaving in free agency this offseason, it’s also as wide open as it’s been in quite some time, which only heightens the urgency for every team in it and puts a larger focus on the upcoming position battles as we’re set to open training camp.

For three of these teams, the highlighted position battle that we’ll look at today is either at the quarterback position or directly linked to it. Meanwhile, in Buffalo, we’ll be asking the question of whether or not head coach Sean McDermott can recreate a former shutdown cornerback into his previous self now that the two are reunited.

This year’s training camp battles will look a bit different now that the NFL has proposed to play zero preseason games this year to help teams gear up for the regular season amid the coronavirus, but that won’t take away from their importance and potential ramifications for who’ll ultimately come out on top when it’s all said and done.

If you’d like to listen to a breakdown of all the NFL’s biggest training camp battles, you’re in luck. Cody Benjamin joins host Will Brinson on the Pick Six Podcast to size up the top 10; listen below and be sure to subscribe for daily NFL goodness.

While Newton (when healthy) is certainly the most talented quarterback on New England’s roster, Bill Belichick isn’t one who simply gives out jobs based on résumé. Newton will have to show that he’s fully recovered from both the Lisfranc injury that kept him out for the bulk of last season and the right shoulder injury that has plagued him for the past couple years before he is officially anointed as the successor to Tom Brady.

I also wouldn’t sleep on second-year quarterback Jarrett Stidham as the Week 1starter. While New England will likely modernize the offense a bit in Brady’s departure, Stidham has a full year of experience in the Patriots’ system, which will absolutely be an advantage in what is likely going to be a drastically different training camp than we’ve ever seen. Because of the potential lack of time spent in the Patriots’ offense over the course of August for Newton, that could open the door for Stidham to at least start the year under center.

Again, if Newton’s healthy, he should be looked at as the favorite, however.

Miami’s No. 5 overall pick is unquestionably the future under center, but the Dolphins don’t know if he’ll be ready to take the job from the jump. Head coach Brian Flores recently told the Palm Beach Post that he wants to see if Tagovailoa, who has been rehabbing a hip injury that ended his final season at Alabama early, can go through multiple practices before setting any sort of expectations for 2020. Because of the uncertainty around Tagovailoa, that opens the door for Ryan Fitzpatrick, who started 13 games of the Dolphins in 2019, to grab ahold of the reins for the first few weeks of the year, which would allow the rookie more time to immerse himself into the system and continue to heal from that devastating injury.

With all that said, reports around Tagovailoa’s recovery have been overwhelmingly positive as his physical therapist even noted earlier this offseason that he’s been progressing “miraculously well.” If he can carry that momentum into camp and show the Dolphins brass that he’s ready to roll, it’s possible that you’d see the next era in Dolphins football begin a bit sooner than expected.

If I had to make a prediction, however, I think the safe bet is to lock in FitzMagic for the first month or so and Miami eases Tagovailoa into the NFL gradually.

This isn’t exactly the sexiest training camp competition in the NFL, but it’s still an important one for New York, which had the third-worst adjusted sack rate in the league last year, according to Football Outsiders. GM Joe Douglas made it a point to address the offensive line this offseason and he did just that by signing multiple linemen in free agency along with drafting two more, including first-rounder Mekhi Becton, who’ll likely start at left tackle out of the gate.

For the purposes of this conversation, we’re looking at guard and four players fighting for two starting spots. Alex Lewis will likely have the easiest time retaining his starting left guard position, especially after he re-upped with New York on a three-year deal back in March. Still, Lewis has dealt with injuries throughout the early stages of his carer, but he was able to suit up in 15 games (12 starts) last season. As long as he’s healthy, he should be able to keep his job.

What will really be interesting is the battle at the right guard spot and the potential end of the road for the longest-tenured Jet currently on the roster in Brian Winters. The Jets can clear around $7 million off the cap if they decide to cut Winters. He will primarily be squaring off with Greg Van Roten, who signed a three-year deal with the club this offseason. Van Roten spent the last two seasons as the primary starter at left guard for the Carolina Panthers and the 30-year-old is likely to push Winters for the starting job.

Fourth-round pick Cameron Clark likely won’t be a huge factor out of the gate but is someone to watch as this battle develops throughout camp.

This is for the No. 2 cornerback spot opposite of rising star Tre’Davious White. Levi Wallace is the incumbent after starting all 16 games for Buffalo last season and totaling 76 tackles to go along with two interceptions and seven passes defended. The 25-year-old will be trying to fend off Josh Norman for this starting job after the veteran signed a one-year deal with the club earlier this offseason.

Norman comes to Buffalo trying to tap back into his Pro Bowl talent as he reunites with head coach Sean McDermott, who was his defensive coordinator during his best seasons in the NFL with the Carolina Panthers. The now 32-year-old played his first four seasons under McDermott and quickly earned a reputation as one of the better corners in the league. 2015 was his best campaign, when he totaled four interceptions with First-Team All-Pro honors. That season also helped Norman become the highest-paid corner in the NFL, inking a $75 million deal with Washington in 2016.

That said, Norman didn’t live up to that massive contract and struggled in Washington, specifically last season, when he allowed 67.4% of his targets to be caught. Opposing quarterbacks also had a 129.0 passer rating when targeting him. Not ideal.

Now that he’s back with McDermott, Norman will try to turn himself back into a formidable corner in the league. He does have familiarity with the system, so it’s possible a change of scenery and a return to a more favorable system could do Norman a world of good. If that’s the case, he could push Wallace to start at some point. If he continues to look like a shell of his former self, he’s likely hoping he simply makes the roster.