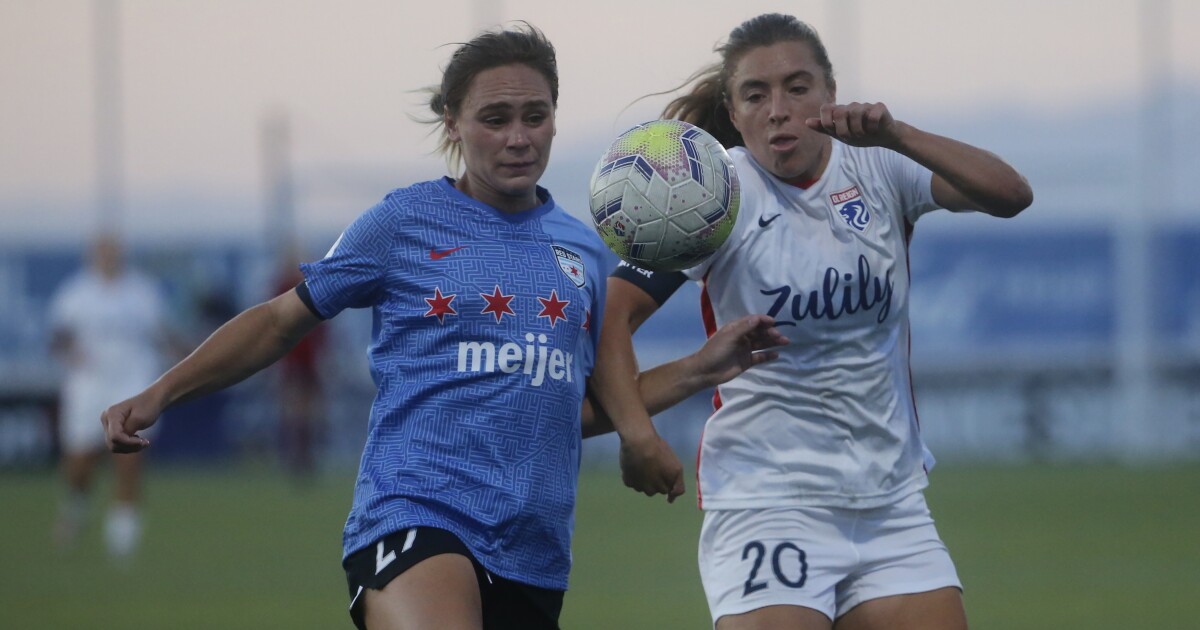 After a 12-year break women’s professional soccer is coming back to Southern California, with a star-studded ownership group led by actress Natalie Portman announcing Tuesday it has secured the rights to bring an NWSL team to the market for the 2022 season.

“L.A. is a city that has a fanatical sports fan base. And obviously, we’ve shown that we have the ability to support multiple teams and multiple different leagues,” said media and gaming entrepreneur Julie Uhrman, another of the principle partners in one of the few majority-women ownership groups in professional sports.

“By bringing together this unique group of people, we actually have this ability to engage and promote and not only support the best players, but also grow the league by putting a spotlight on it and hopefully igniting a fire here that will touch other places,” Uhrman said.

“We wanted to make sure that we brought in incredible partners who were from the soccer world, who are leaders in sport, in tech and business and entertainment because that’s really so much what our city is about. Each of us has our special ability to bring to the team,” said Portman, who began work on the Angel City project after the U.S. victory in last summer’s World Cup.

“It just seems like it was ideal to bring [women’s] soccer to L.A. because we have such passionate fans here, such robust youth soccer,” she added. “It’s just an incredible kind of culture shift if we can bring more attention and light and celebration of these incredible athletes.”

The franchise, which is using Angel City as its tentative nickname, is in discussions with several potential venue partners and hopes to announce both a venue partner and a permanent name by the end of the year. The Galaxy confirmed they are in conversations with Uhrman. The MLS team shared an owner and a stadium with the Sol, the last first-division women’s team to play in Southern California, before that team disbanded after one season in 2010. Women’s Professional Soccer, the league the Sol played in, folded two years later.

LAFC, Southern California’s other MLS team, also said it was supportive of the effort to bring an NWSL team to the area.

Last October the nine-team NWSL, the first professional sports league in U.S. to resume play during the COVID-19 pandemic, awarded an expansion franchise to Louisville, Ky. That team will begin play next spring. Angel City will have nearly two years to prepare for its launch, scheduled to take place the year between the two biggest events in women’s soccer — the Olympic Games and the World Cup.

“There’s many steps that need to be taken along the way, so I think it gives us a good runway,” Portman said. “And with [COVID-19], it seems reasonable too.”