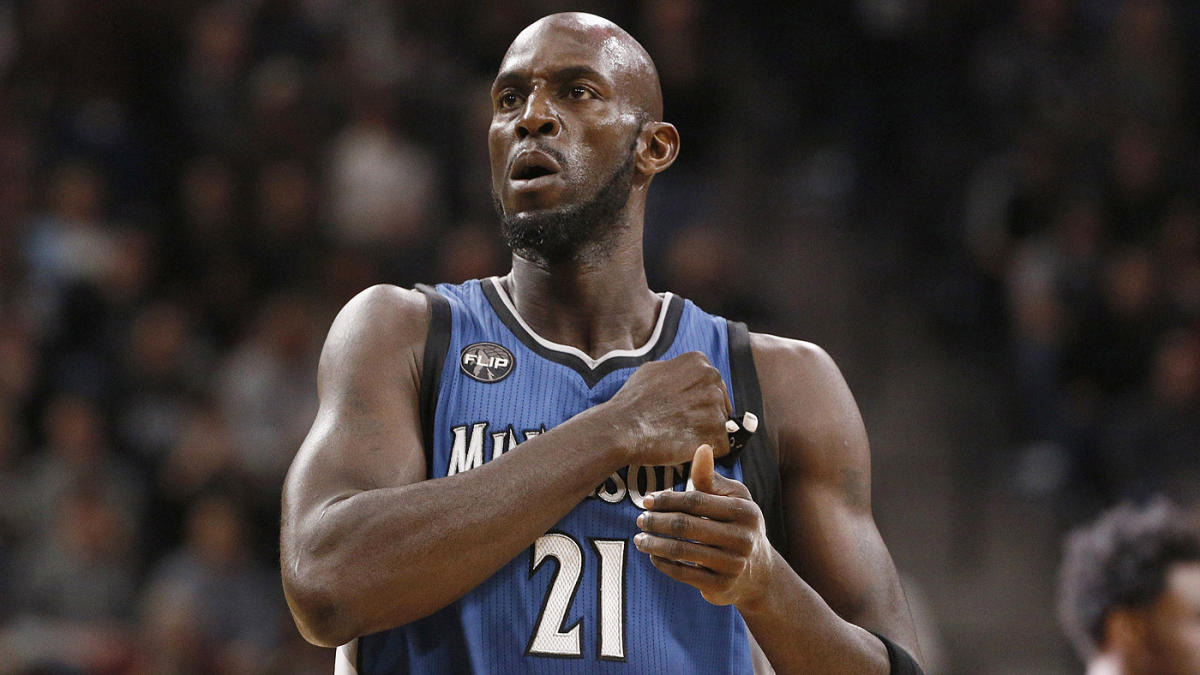 Garnett has long expressed in interest in potentially owning the Timberwolves, the first and last NBA team he ever played for. “I want to buy the Timberwolves,” Garnett told Marc Spears in 2014. “Put a group together and perhaps some day try to buy the team. That’s what I want.” Simmering acrimony between Garnett and Taylor in recent years has threatened that dream, however.

“I love those young guys,” Garnett told Krawczynski in 2017. “I told Thibs I want to work with him, but obviously me and Glen don’t see eye-to-eye on a lot of things and that’s how it’s going to be.”

The Minnesota job that Thibodeau took was only available due to the premature death of former coach and head of basketball operations Flip Saunders, who, at the time, did not have a banner at the Target Center. That bothered Garnett.

“I thought he wasn’t celebrated the proper way. You have high school banners, you have (expletive) hockey banners (hanging in the rafters). You couldn’t put a Flip banner in Target Center, some place that we helped build? … We established that market. I helped grow that with him. You can’t put him in the (rafters)?”

The Timberwolves gave Saunders a banner in 2018, and his son Ryan now coaches the team. But Garnett’s relationship with the team has never recovered. “I don’t want to be partners with Glen [Taylor], and I wouldn’t want to be partners with Glen in Minnesota,” Garnett told Awful Announcing in 2017. “I would love to be part of a group that buys him out and kind of removes him and go forward.” To this day, he has not even allowed the team to retire his jersey number.

But the NBA would surely be interested in having Garnett at the helm of the Timberwolves. It currently has only one black governor, Michael Jordan of the Charlotte Hornets. Minneapolis was where George Floyd was killed and the nation’s current reckoning with social justice began. Having a beloved former Timberwolves player like Garnett running the team would be an important step in diversifying the league’s largely white leadership, which is an important point the player’s coalition led by Kyrie Irving and Avery Bradley are fighting for in the NBA’s future.

For the moment, it is unclear whether Garnett would be the majority owner in such a purchase, though. He was the highest-ever NBA salary earner during his playing career at the time of his retirement, but still a far cry from the billions that a modern NBA team is worth. Michael Jordan bridged that gap as the most prolific endorser in the history of sports, and LeBron James‘ extremely diverse portfolio is positioning him to do the same one day. Garnett’s net worth and investing capacity at the moment is unknown, though he would presumably, at the very least, be a prominent voice within any potential group if he does not end up as the team’s governor.

Taylor is still in the early stages of possibly selling his team, and there is no guarantee that he does so. Working in Garnett’s favor: Taylor vowed to Krawczynski not to allow any new owner to move the team. With a limited pool of possible owners, especially during a global pandemic that has likely cut into the purchasing power many of them would have had, this could be Garnett’s chance to achieve the goal he set out for himself during his playing career: to own the team that drafted him 25 years ago.