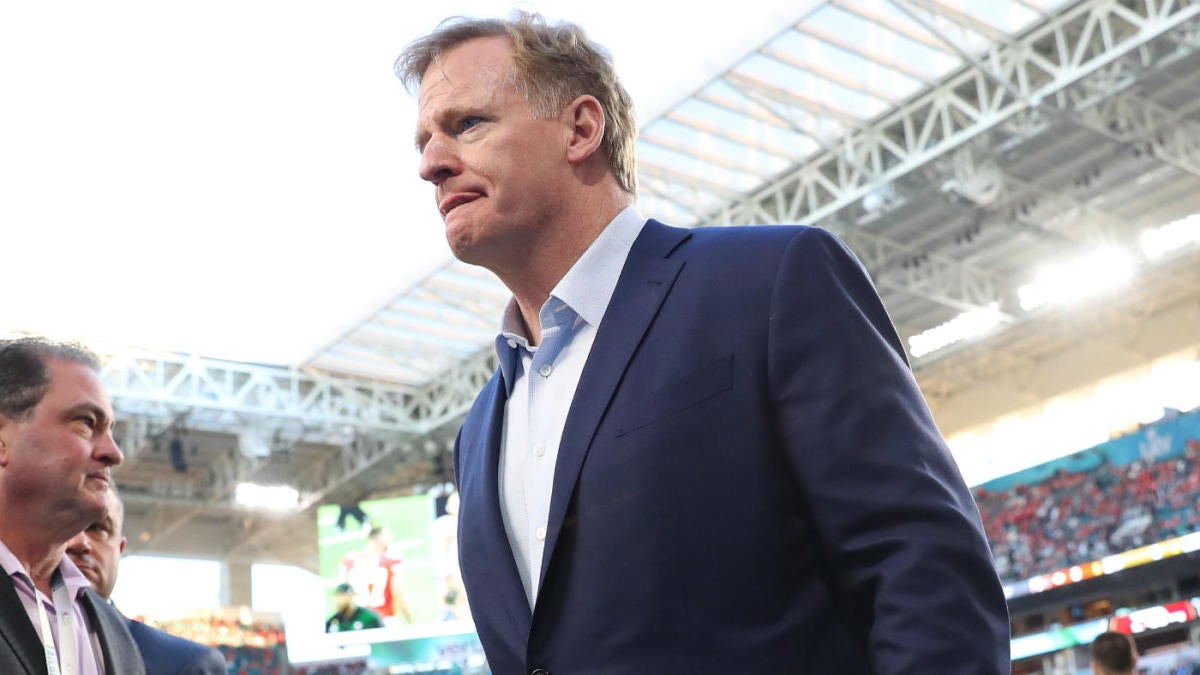 Just a few weeks ago I can vividly recall Major League Baseball players, in droves, taking to social media to profess their desire to show up for work. You could not scroll through a timeline without encountering the organized movement.

MLB players were in the midst of a long and ugly stare-down with their owners. The PR battle played out through various media platforms until finally they hashed out their new economic measures and health-and-safety protocols amid the COVID-19 pandemic that has reshaped the way we all live, work and play. Eventually, inevitably, the NFL‘s time would come for such a tete-a-tete in mid-July. And we are now seeing the start of what I strongly anticipate will be a redux of the contentious dance that took place between MLB and the MLBPA.

Perhaps this football fight will be shorter and less scornful than baseball’s long and drawn out existential crisis. Perhaps. But I always figured we’d get to this point once we got within 7-10 days of the scheduled date for veterans to report to training camp. And, now, well, here we are.

The litany of social media posts from football’s biggest names — many of whom don’t usually dabble in labor relations on those forums — was impossible to miss on Sunday, on the heels of the owners essentially announcing on Saturday that the league was opening as scheduled and was, basically, good to go on new COVID-19 norms. That, however, is anything but the case, and it certainly appears as if these players and owners are playing the same game of chicken their baseball counterparts engaged in.

We have reached the point where training camp is almost upon us, the sides are in opposing camps on a host of central and critical issues both in terms of the finances and safety standards of what an NFL season should resemble amid a global pandemic, and time is running out if things are in fact to start on time. The next logical step, according to the various parties I have spoken to on both sides, is that the league will in fact attempt to open for business this week (for rookies) and next (for vets), imposing the rules and regulations it deems as best practices for facilitating a safe camp and preseason.

And, stop me if you heard this one before, the NFLPA is going to have significant issues with much of it. Because of course they would, because the sides are at a loggerheads about everything from how often to test players to how much to practice to how many preseason games to play. There are differing opinions about the feasibility of asking players to wear face shields/coverings and differing opinions about how to adjust the cap in future years for the lower revenues from 2020.

It is not a coincidence that, just as teams were sending plane tickets and itineraries and plans to rookies, and with a few clubs set to begin testing rookies as soon as Monday, you are seeing J.J. Watt and Russell Wilson and Drew Brees — to name just a few superstars — take to the media channels to duplicate what guys like Mike Trout were doing a few weeks ago.

And I can promise you one thing — it’s almost certain to get messier before it gets sorted out. We’ve only just begun to get real. After weeks of solid progress on many extemporary issues, and several vital ones as well, and after weeks of being able to keep negotiations quiet and positive, the gloves are coming off. The only sport able to avoid the day-to-day realities of COVID-19 throughout the entire pandemic as it pertains to actual games and full practices is now on the same timeline as everyone else — every other sport was massively impacted by those realities and it would be naive to think the NFL will not be as well.

If/when the NFLPA objects to some of what the NFL plans, you can expect a grievance to be filed. On a recent conference call with agents, NFLPA brass suggested that arbitration process could conceivably be wrapped up within 72 hours, sources said. So, for now, many agents are advising their clients to show up for work to get tested … but after that, things could get sideways.

“All of our guys intend to show up and get tested,” one agent told me. “Until or unless a grievance is heard, we are advising them that if they want to be paid, they have to show.”

There is so much at stake, and so many key issues still under dispute, that it would be beyond naive to think the NFL’s mandate is going to meet union approval. Some teams are indicating to players in their itineraries that they anticipate having test results within 18 hours of them being conducted. Teams understand they have an obligation to provide as healthy a workplace environment as possible. But based on everything I have head through the weekend, we are nowhere close to having agreement on what that constitutes.

“I keep reading all of this stuff about how many preseason games we’re going to play,” one NFLPA source said. “You have any idea how much we have to get through before something like that even makes sense to focus on? It doesn’t even make sense to think about that until we get all of this other stuff figured out.”

I recently spoke with four NFL general managers — all of whom still had significant questions themselves as to how camp and the preseason will actually play out — and while there were varying opinions about what a COVID-19 training camp should look like, there was agreement among all that it seemed close to impossible to start camp as normal on the current veteran date (July 28) and be able to conduct the sort of practice schedule teams would have in years past.

“There is still a lot to be worked out,” one NFC GM told me. “I figure there is a grievance and maybe we get it worked out in time to start in mid-August. I’d guess one preseason game and I bet we end up doing a 12 game schedule. I don’t know that — no one does right now. But that’s how I think it will play out.”

An AFC GM caught himself saying “when the season starts I think it will be delayed,” and quickly changed “when” to “if.”

So far, this virus is undefeated when it comes to wreaking havoc with the best laid plans of any sports entity in this country. The brutal fact that the curve is anything but flattening in numerous NFL cities is something no one at Park Avenue can mitigate. No amount of planning or press releases or statements of intent matter when it comes to that.

And the nature of this virus and how it spreads and how well individual states corral it may ultimately be the biggest determining factor as to when an NFL season starts, and how long it lasts. For as long as these sides have been negotiating — and, again, it’s been going on for months — nothing comes easy with COVID-19, and nothing should between labor and management when it comes to a health crisis of this magnitude.

Deadlines spur action, as they say, and the NFL is finally nearing its first real COVID-19 date. As with the other sports, there is so much money at stake, and such an overwhelming competitive spirit among the players, that I expect things to start at some point. They’ll find a way to agree to what they must, eventually, to start to play football. How long that is possible, however, given this country’s issues with COVID-19, remains to be seen.