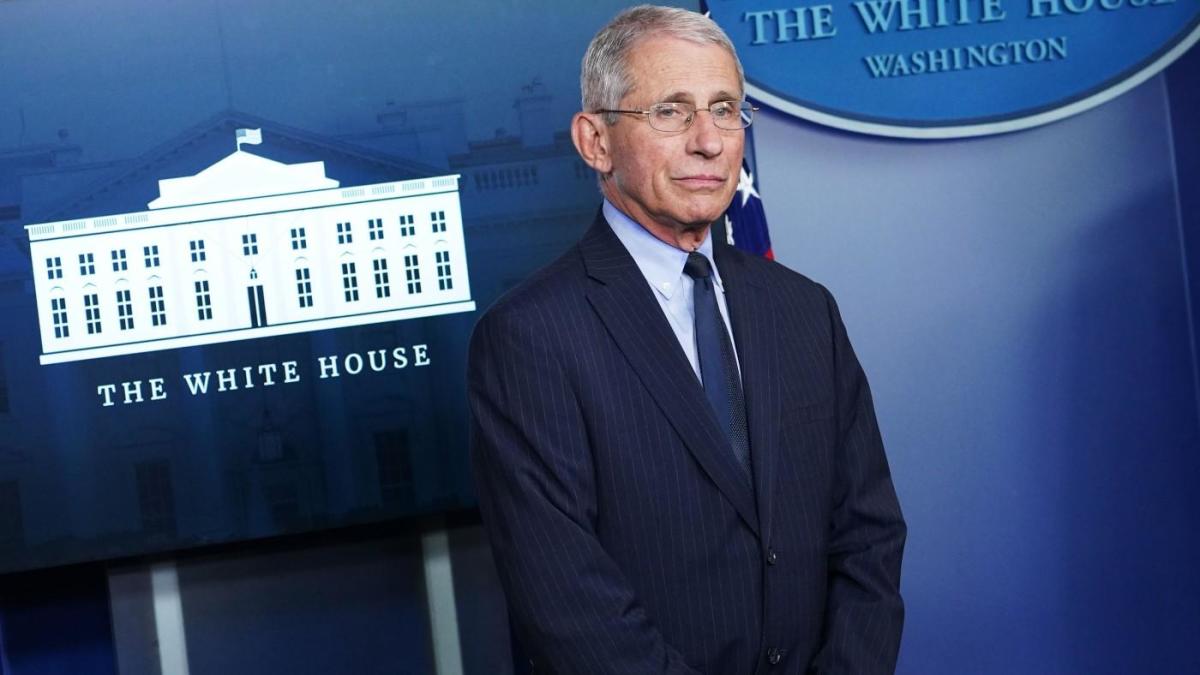 Watch Now: 2020 MLB Pitching Outlook: Nationals (0:41)
He is a physician and immunologist and has served as the director of the National Institute of Allergy and Infectious Diseases since 1984.
Opening Day this year will be a lot different than in the past, and not just because we’re seeing our first regular season game in July.

The MLB and MLBPA had a difficult time agreeing on a return-to-play plan, with the players not wanting to take pay cuts as the league and owners were asking them to. The extended off-season was filled with lots of comments from players, negotiations and drama but, eventually, they agreed and detailed the health and safety protocols in place.

Opening Day will see the matchup between the Yankees and Nationals at Nationals Park, followed by a game between the San Francisco Giants and Los Angeles Dodgers at Dodger Stadium.
On Monday, the Washington Nationals announced that Dr. Anthony Fauci will throw out the first pitch on Opening Day when the defending World Series champions host the New York Yankees. The MLB regular season kicks off on July 23 after being delayed due to the coronavirus pandemic.
Due to the pandemic, fans will not be permitted at the game itself, but the Nationals are still keeping up with the first pitch tradition.
The following day will see a large slate of games as the season begins to take shape. Dr. Fauci has been at the forefront of the pandemic and was delivering messages via briefings to the public regarding health and safety protocols for the country to follow.
The Nationals released a statement on social media saying:
The game will take place at 7:08 p.m. ET.
“Dr. Fauci has been a true champion for our country during the Covid-19 pandemic and throughout his distinguished career, so it is only fitting that we honor him as we kick off the 2020 season and defend our World Series Championship title.”
This season is shortened to 60 games.