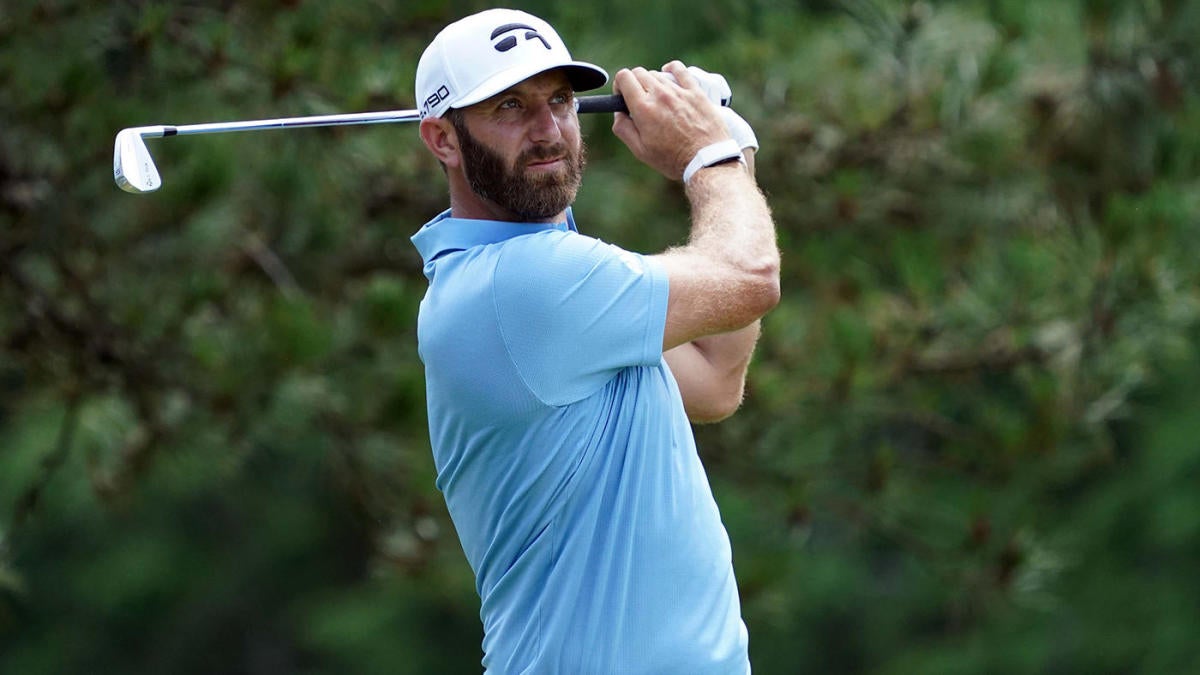 Watch Now: Dustin Johnson Looks To Bounce Back After Bad Outing At Memorial (2:59)

Koepka has just one top-10 finish this season and admits his knee still bothers him some days, though he has still flashed his brilliance recently. Fantasy golf sleepers like Lucas Glover, who has four top-25 finishes in his last five starts, could return better value. Before finalizing any 2020 3M Open Fantasy golf picks, check out the latest Fantasy golf rankings from data scientist Rick Gehman.

With his expansive database of golf statistics, course data and betting odds, Gehman creates advanced models and back-tests them constantly. These models have produced 11 outright winners in the past year, including 30-1 Webb Simpson at the 2020 RBC Heritage, 50-1 Chez Reavie at last year’s Travelers and 40-1 Patrick Reed at the Northern Trust among nine PGA Tour winners, plus a $10,000 DraftKings win at The Masters.

At the Rocket Mortgage Classic this month, Gehman put Bryson DeChambeau atop his Fantasy rankings. The result: DeChambeau fired a 23-under, winning by three strokes. Then at the Workday Charity Open, Gehman was higher than most on Collin Morikawa, and he won in a dramatic playoff over Justin Thomas. Gehman had pegged Thomas at No. 2. Before last week’s Memorial Tournament, Gehman told SportsLine readers that Jon Rahm “could be on the brink of breaking out.” Rahm cruised to a three-shot win and took over the world’s No. 1 ranking.

Now, Gehman, co-host of “The First Cut” podcast on CBS Sports, has revealed his top 30 players for the 3M Open 2020 over at SportsLine so you can crush your Fantasy golf picks.

Gehman is high on Tony Finau, who’s coming off a seventh-place finish at the Memorial and “whose raw power will come in handy at TPC Twin Cities.”

He’s also fading Dustin Johnson, the Vegas favorite, putting him outside his top four golfers. “I have no idea what to make of Johnson right now,” Gehman told SportsLine. “He won the Travelers Championship and immediately followed it up with a pair of 80s at the Memorial. He was brutal in two rounds at Muirfield Village, losing 6.6 strokes from tee-to-green and another six on the greens.”

How to set your 2020 3M Open Fantasy golf rankings

Strikingly, Gehman loves an international player who has never won a PGA Tour event and is getting dismissed by oddsmakers as a long shot higher than 70-1. This vet plays mainly in Europe, winning often, and has never faced a weaker PGA Tour field. Gehman is only sharing who it is, and his top 30 golfers in order, right here.

Who wins the 3M Open 2020? Who are the top golfers to target? And which overlooked player can help you win your league this week? Visit SportsLine now to get Rick Gehman’s Fantasy golf rankings for the 2020 3M Open, all from the data scientist who’s called 11 outright winners in the past year.