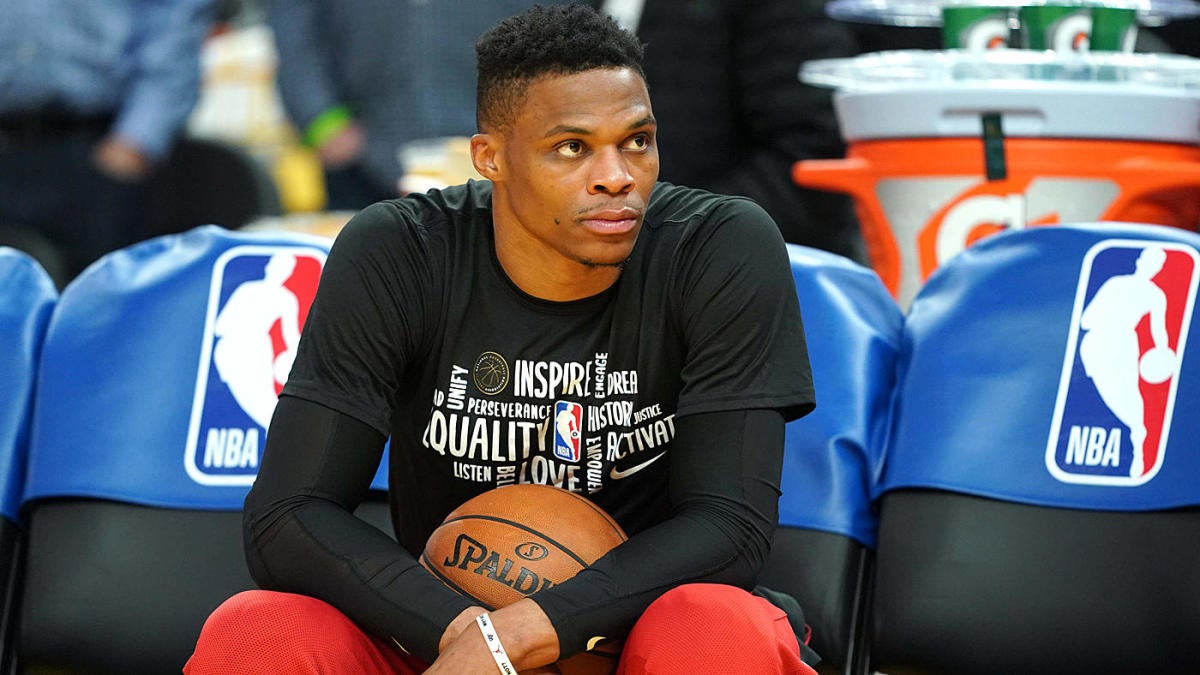 Several prominent NBA players, including LeBron James and Anthony Davis, decided not to wear a social justice message on the backs of their jerseys when the season restarts at Disney World because they were unsatisfied with the NBA‘s list of approved messages. While the league has not expanded the options players can choose from on their jerseys, the player’s union has taken an alternative route to addressing these concerns. The NBPA will partner with Russell Westbrook’s clothing line to design shirts with messages that were not approved for NBA jerseys, according to The Athletic’s Shams Charania.

The shirts are being made for players, though under what context they will be worn is not yet known. In the past, players have warmed up in shirts with social justice messages, such as when James wore a shirt that read “I can’t breathe” before a 2014 game, and when the Los Angeles Clippers wore their warm-up shirts inside out in protest of racist comments made by former owner Donald Sterling. Charania’s reporting describes these as “lifestyle” shirts, though, so it is unclear if players will be able to wear them on camera.

The following messages will be included in the line: Systemic Racism, Police Reform, I Can’t Breathe, No Justice No Peace, Break the Cycle, Strange Fruit, By Any Means, Power to the People, Equality and Am I Next?

As for jerseys, the NBA’s official list of approved messages is as follows: Black Lives Matter, Say Their Names, Vote, I Can’t Breathe, Justice, Peace, Equality, Freedom, Enough, Power to the People, Justice Now, Say Her Name, Sí Se Puede (Yes We Can), Liberation, See Us, Hear Us, Respect Us, Love Us, Listen, Listen to Us, Stand Up, Ally, Anti-Racist, I Am A Man, Speak Up, How Many More, Group Economics, Education Reform and Mentor.

The Houston Rockets‘ veteran guard is the NBA’s most prominent figure in the fashion world, and he has been an active voice on social justice matters since protests began in June, even speaking at one in Compton, California. While this move will not fully satisfy players who wanted a wider list of options for their jerseys, it is further acknowledgment from their leadership that the league always can, and should, do more on social justice fronts.