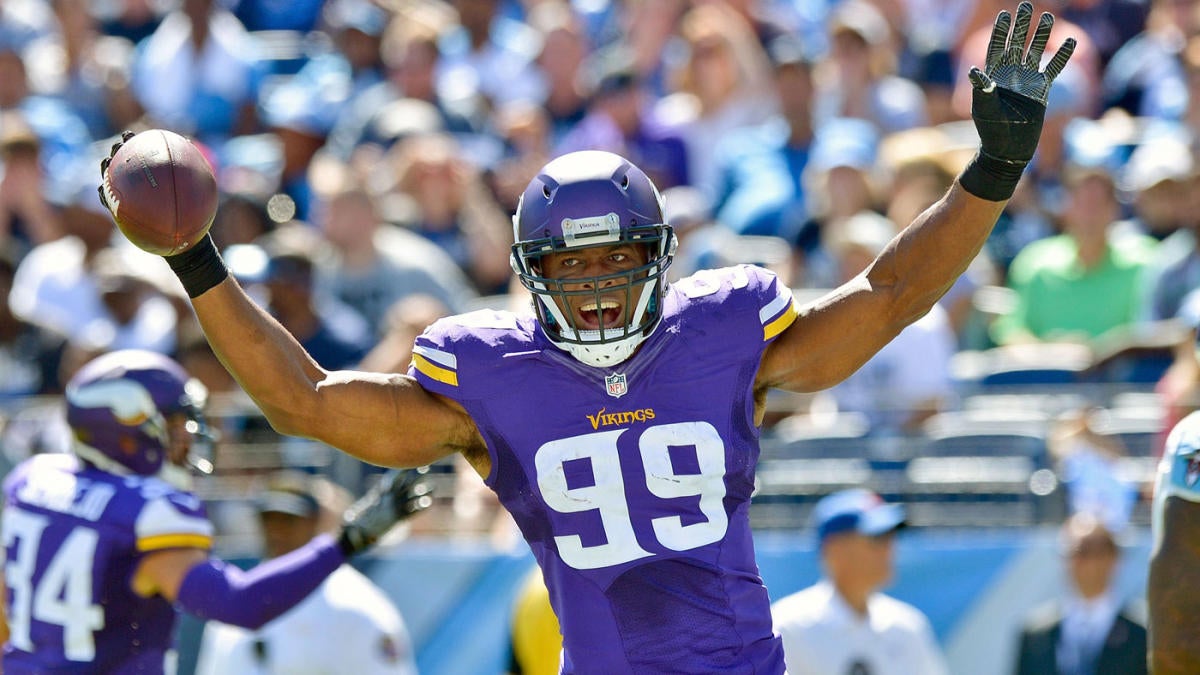 Watch Now: Time to Schein: Dalvin Cook will hold out for a ‘reasonable’ contract (4:05)

The Minnesota Vikings are paying big bucks to a handful of big names as they enter the 2020 season. Seven, in particular, are set to earn more than $10 million this year, with quarterback Kirk Cousins leading them all thanks to his $21M cap hit — worth just over 10 percent of the Vikings’ entire 2020 salary cap.

Here are five of the best ones going into the 2020 campaign:

All cap figures are courtesy of Spotrac.

Hunter is by no means cheap. His five-year, $72M extension signed in 2018 will pay him $17M in each of the next two years, and his 2020 salary would’ve been just as much if he hadn’t converted it to a bonus in order to save Minnesota cap room. But if we’re looking strictly at his adjusted $9M salary, it’s laughably inexpensive compared to other pass rushers, from DeMarcus Lawrence ($21.9M) to Frank Clark ($19.3M) to Yannick Ngakoue ($17.8M) to Trey Flowers ($16.7M).

The fact is, Hunter remains one of the most underrated pass rushers, if not players, in the entire NFL. Even if we pretend he didn’t convert his salary to bonus money this offseason and just called his 2020 cap hit $17M, he’d still be at a reasonable rate. This man has 54.5 sacks in five seasons, including 29 in the last two years, is still just 25 years old and hasn’t missed a game in four years. If anyone deserves an average annual salary of more than $20M, it’s him. And that’s not even mentioning, from a Vikings perspective, he’s the only actual proven threat in Minnesota’s pass rush rotation.

There’s a reason Cook briefly threatened a holdout and is still angling for a new deal. The 24-year-old Pro Bowler has yet to play a full season, and running backs in general don’t always warrant big bucks, but the Vikings have built their entire offense around his ground game. Double-digit touchdowns and 1,600+ scrimmage yards are also worth more than $2M no matter the position. Consider, too, the kind of cap hits equal or lesser backs are carrying in 2020: Le’Veon Bell ($15M), David Johnson ($11M), Ezekiel Elliott ($11M), Melvin Gordon ($7M), Derrick Henry ($6M), Todd Gurley ($5.5M). For crying out loud, Duke Johnson is making double what Cook is this year.

The Vikings just paid Kyle Rudolph handsomely to stick around as the 1A at TE, but no matter how you slice it, less than $2M for a guy in Smith’s role is bound to be a steal. Cousins should be even more focused on the short-area passing game in 2020, with Stefon Diggs gone and additional priority placed on quick strikes, and Smith figures to be one of the biggest beneficiaries after hauling in nearly 80 percent of his targets as a rookie. This is a league that often pays for projection, and Smith is a safe bet to put up top-20 TE numbers even with Rudolph’s involvement.

The fifth-year veteran just signed a new four-year, $12M deal, and you’re probably thinking there’s no way you could possibly underpay a fullback in today’s NFL. But compare it to the 49ers‘ Kyle Juszczyk ($6.7M), the Ravens‘ Patrick Ricard ($4.63M) and the Steelers‘ Derek Watt ($2.08M), and it becomes a different story. Juszczyk, for example, has long been a more accomplished receiver and gets far more (justifiable) attention, but Ham is worth far more than his salary to the Vikings. His blocking takes pressure off an unsteady offensive line, he’s a bulldozer for Cook, he’s been effective as a clutch short-yardage target, and he’s also a special teams workhorse.

These days, $3.2M isn’t even that cheap for a 4-3 outside linebacker. Wilson probably qualifies as a potential bargain rather than a surefire one, in that case. But the upside really is there: He’s a young, ascending starter with pass rushing potential who looked like a playmaker when given opportunities in 2019. On this defense, you think instantly of Eric Kendricks and Anthony Barr at LB, an important spot on Mike Zimmer’s unit, but he’s got a chance to become somebody here. And at a cap hit below that of, say, former first-round bust Haason Reddick, that’s a potential steal.