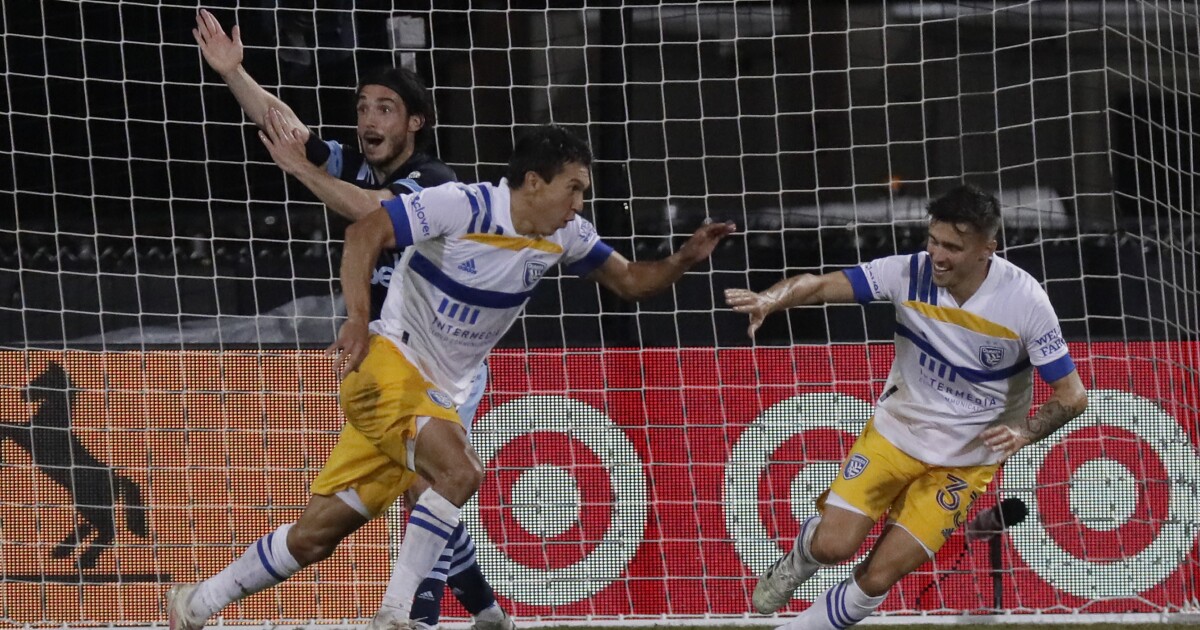 On July 2, Dr. Adrian Burrowes, a family medicine physician in central Florida, saw a patient who feared he might have contracted COVID-19. So he had the patient tested and submitted the test to a lab.

That same day, less than half an hour away in Orlando, about 180 players and staff members from four Major League Soccer teams had a similar test performed upon checking into their hotel. Their results came back within hours.

“I have a major problem with that,” Burrowes said.

“We’re in a crisis situation where we’re setting records almost daily in terms of how many people are turning positive for COVID-19. And I can’t get the results back on a patient of mine. Meanwhile, these pro sports teams are being tested daily to semi-daily and getting the results back immediately. In some cases, they’re using the same lab.”

Florida reported 12,478 new COVID-19 cases Sunday — the sixth consecutive day the state has topped 10,000 — and 89 deaths. Over the last five days, the state has averaged a coronavirus-related death every 14 minutes.

Testing in the state has also mushroomed: With symptoms and concerns rising, Florida tested 115,149 people in the last reporting period and has averaged more than 98,000 tests a day over the previous seven days.

The surge in testing — less than a month ago, the state was testing fewer than 19,000 people a day — has overwhelmed laboratories. The typical turnaround time in Florida and throughout the nation has grown, in many cases, from a day or two to more than a week.

Although the spike in overall testing is a major contributor to the slowdown, as is the lack of a coordinated federal response, another factor is the thousands of tests being conducted in Orlando for professional soccer and basketball players, who are resuming their seasons this month in Florida.

The NBA and MLS have contracted with BioReference Laboratories, a private lab based in Elmwood Park, N.J., to rush their results within hours. BioReference was also being used by the Florida Department of Health to assist in public testing at the massive Orange County Convention Center, but when the turnaround time for results there grew to six days, the state began sending those specimens to rival lab Genetworx.

“BioReference was so backed up partly because they were doing MLS testing,” said Zachary Binney, an epidemiologist at Oxford College of Emory University. “You can see how complicated all of this is.”

The MLS has about 1,300 players and staff quarantined in a Disney resort, where they are being tested every other day. The NBA has been doing several hundred daily tests on players and staff for 22 of its teams, quarantined in another Orlando resort. The number of tests isn’t as big a problem as how swiftly the tests are processed, though, with the leagues pushing ahead of people who, in some cases, have been waiting weeks to find out if they have COVID-19.

“The optics are horrible,” Binney said. “And it sends a really questionable message about what we’re prioritizing in this country.

“We are not allocating test[s] as efficiently as we can,” he continued. “It’s very clear to me this lab is turning around these MLS tests very fast and everybody else very slow. That’s a very easy line to draw.”

It appears that the problem is about to get worse. When NFL teams report to training camps later this month, the football league could be doing more than 24,000 tests a week. Add to that Major League Baseball, the National Women’s Soccer League, the National Hockey League, the WNBA, NASCAR, the PGA Tour and the two leagues operating in Orlando, and professional sports could soon be responsible for roughly one of every 110 tests performed in the U.S. each week.

Not only will those additional tests tax an already burdened laboratory system, but also the leagues will all be cutting deals to have their tests expedited, pushing past hospitals, schools and drive-through testing sites.

“I’m a huge sports fan. So I love that they’re trying to bring sports back,” Burrowes said. “But at the same time, I have to wonder if it makes sense right now. This is corresponding to a spike. If this did not correlate to a spike in our COVID positivity rates, it’d be different.”

NBA spokesman Mike Bass said the league had tried to be a good guest during its time in Florida.

“Our testing program in Orlando will not result in testing capacity being diverted from the community,” he said. “By bringing new testing capacity to central Florida, launching a mobile-testing site opened to the public and bringing in point-of-care testing to support not only the NBA but members of the community in the Orlando area, our program will actually be additive to public testing.”

MLS, which otherwise declined to comment, said it was working with BioReference to provide COVID-19 antibody testing to the Orlando community.

But that doesn’t solve the problem of getting test results.

“The faster you know where your [positives] came from, the faster you can quarantine,” said Dr. Jill C. Roberts of the University of South Florida’s College of Public Health. “It also becomes a big issue in identifying super-spreader events. We’ve had these events where somebody goes into a bar, and they’re infected, and they infect 70 people. The faster you can get in contact with the 70 people, the faster you can shut down the potential for another super spread.”

Jon Cohen, executive chairman of BioReference, contends that the company has been keeping up with growing demand and that the tests it processes for the NBA and MLS do not have an effect on its work with the general public.

“Every single one of our clients that are sending us more tests in Florida are getting their results back with absolutely no bump in the road,” he said. “We deliver on our results.”

He said the lab prioritized use of its testing capacity for hospitals, ICU patients, healthcare workers and frontline responders, in addition to athletes. The best way to look at the NBA, he said, is as another client that procured his services.

Quest Diagnostics, another major lab firm, prioritizes how it handles tests, too, with hospital patients, healthcare workers and other at-risk patients getting results back in about 24 hours, the company said. For everybody else, the turnaround is at least a week.

Cohen defended BioReference’s work with the NBA and MLS by arguing that sports are an important part of society, with both leagues providing employment and entertainment for millions of people.

“I’m delivering [for] an employer who’s got thousands of employees and having a very big impact on somehow getting a return to normalcy and helping the economy,” he said. “The number of different types of industries is remarkable that need to have testing. It just so happens that sports is in everyone’s mind.”

That will change, Cohen said, if the situation does, laying out a doomsday scenario in which COVID-19 spreads to the degree that all resources must be focused on hospitals and the gravely ill.

“Is that going to happen? I sure as hell hope not,” he said.

Binney isn’t convinced. A coordinated federal response, the epidemiologist said, could have helped ease the strain by transferring specimens from labs that were overwhelmed to those in other states that had excess capacity. Without that, he said, pushing forward with the resumption of sports while COVID-19 rages sends the wrong message.

“Is that something you want to be doing right now? Is that something that sports leagues are comfortable waking up and looking at themselves in the mirror and saying, ‘We still think we are not causing too big of a problem?’ ” he asked. “Now you have to get into making an explicit argument that the number of tests that we are taking away from the general public is actually outweighed by the economic benefit. That the creation and benefit of those jobs outweighs the risk to public health from delaying 2,000 people’s tests every day.

“That’s insane that we put ourselves in a position where we have to make that kind of choice.”