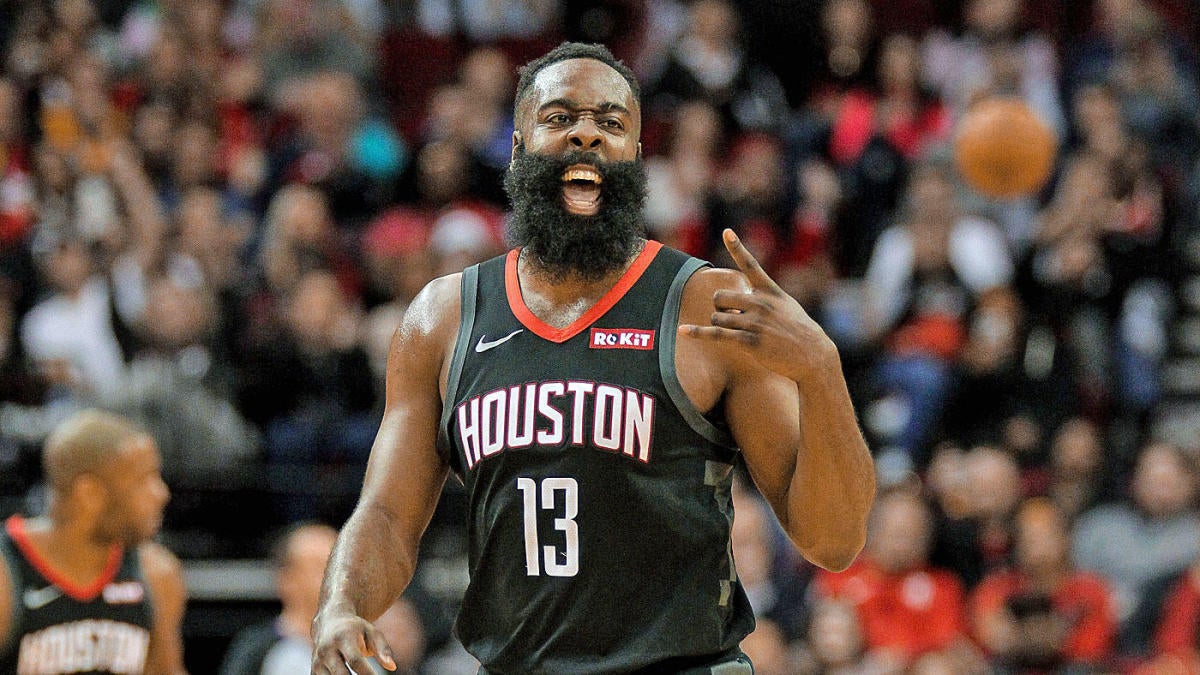 As a general rule in sports betting, the more information that is available on a given event, the less upside a line for that event will offer. If a great team is playing a bad team under normal circumstances, there is little reason to believe that the bad team will win, and lines reflect that.

It is what makes betting on the restarted NBA season at Disney World so tantalizing. Nobody knows what is going to happen in Orlando because no situation like this has ever played out in any sport. Never have 22 professional teams been sequestered in a single location and forced to play out a postseason in a neutral environment. No professional league has ever paused its season for four months in the middle. This is totally uncharted territory.

The lines reflect that. Bookmakers are operating with as little information as the public right now, which creates some extremely tempting opportunities on the futures market. So let’s go through some of the most prominent available futures bets on the NBA market and pick the best values on the board.

If you aren’t betting the favorite for a championship or conference championship, the play is to bet upside. Philadelphia, a popular preseason Finals pick, has the most upside of any non-Milwaukee Eastern Conference team.

The simplest reason why is, despite viable arguments from Jayson Tatum, Pascal Siakam and Jimmy Butler, The 76ers have the best non-Giannis Antetokounmpo player in the East. Few numbers can accurately measure Joel Embiid’s postseason impact, but plus-minus comes the closest. In 237 minutes with Embiid on the floor against the NBA champion Toronto Raptors last postseason, the 76ers outscored the Raptors by 89 points. In the 99 minutes that he sat out, Philadelphia was outscored by 108 points, more than a point per minute. If the 76ers had been able to keep Embiid on the floor slightly longer, they likely would have beaten the champs before they were ever crowned. Embiid played 33.9 minutes per game in the Toronto series. Brett Brown wants to get him up to 38 this time around. Whether his conditioning allows that remains to be seen, but four months of rest likely help on that front.

There is also a compelling argument that they have the most roster talent in the East, but were unable to show it during the regular season. Their original five starters missed a combined 54 games during the regular season, and their presumed starting point guard at Disney, Shake Milton, didn’t join the rotation until late January. The version of their starting lineup that includes Milton over Al Horford literally hasn’t played a single minute together. Chemistry is obviously going to be an asset in the bubble, but these odds are based on regular-season performance, and for most of the regular season, this complete version of the 76ers has not existed. As a bonus, no members of the team are currently known to be battling coronavirus. The three unnamed 76ers that tested positive did so in March, and are presumably healthy.

Their greatest weakness has been taken off of the table by virtue of the bubble. The 76ers went 10-24 on the road this season. There are no more road games as all 22 bubble teams are playing at the same, neutral venues. The obvious retort is that Philadelphia’s incredible home record of 29-2 no longer matters, but remember that the 76ers are currently in line for the No. 6 seed. Under normal circumstances, they were likely going to start every series they played on the road. Even if you count a neutral-court game as half of a road game, their worst-case scenario has dropped from four road games in a series to three and a half. Not only is their weakness negated, but so was an advantage teams were going to have over them.

And then there are the potential stylistic changes these playoffs could bring. Nobody knows what bubble ball will look like. If, for instance, rust erodes everyone’s shooting, then Philadelphia is suddenly equipped to win the bully ball derby that would likely follow. That wrinkle is an edge Boston and Toronto don’t have, and while Miami holds similar stylistic traits, it lacks Philadelphia’s raw talent.

This is a risky play. The 76ers could easily flame out in the first round. Milwaukee’s edge over the rest of the East is vast. There are arguments in favor of Philadelphia, viewed as its equal before the season, rising to Milwaukee’s level by the playoffs. No other team in the East has that upside.

A word of advice: If you believe strongly in Philadelphia, don’t bet on Houston, and if you believe strongly in Houston, don’t bet on Philadelphia. The sort of pandemic-induced stylistic shift that each would need to vault itself into Finals territory would cripple the other. The 76ers are relying on four months of rust closing the shooting gap between them and the field. The Rockets are relying on four months of physical rust making shooting more important than ever.

Ironically, the Rockets haven’t even shot the ball particularly well since their trade deadline makeover. They’ve hit just 34.8 percent of their 3-point attempts since then, good for 23rd in the NBA. But their 45.7 attempts per game would break the record that they set last season, and if you assume the Rockets get even minimal positive regression for a team filled with shooters underperforming this season, Houston would open each playoff game with an enormous mathematical advantage.

The obvious refrain against the Rockets is that bigger teams, most notably the Lakers, will destroy them inside in a slower-paced playoff setting. The truth is, maybe they will and maybe they won’t. We have no earthly idea because no team has ever attempted such brazen small ball before. The key point to remember is that, like the 76ers, the Rockets are an upside play. We don’t know whether Houston’s plan can work. But if it does, it pays out at +750. If the traditionalists are right and the Lakers beat them up, your reward is … essentially an even-money payout should they manage to get past the Clippers.

Assuming any team, with four months off, will immediately return to its pre-pandemic level is fairly ambitious. In truth, there is an argument to be made that all of this time off will serve as something of an equalizer. If every team is rusty, upsets become a bit likelier. Of course, upsets might not even be needed to keep the Lakers and Bucks off of their paces. Both teams, for the time being, are without key starting guards. Avery Bradley opted out of playing at Disney. Eric Bledsoe currently has the coronavirus. Both teams will likely be weaker while they reorient their rotations.

Even if they weren’t, the question of motivation comes into play. The Bucks need only to win two games in Orlando to clinch the No. 1 seed in the Eastern Conference. The Lakers need to win three. Under normal circumstances, the two would be jockeying with one another for the best overall record, but as there is no homecourt advantage in Orlando, they have no reason to. Unlike the teams that are fighting for positioning at Disney, the Lakers and Bucks can afford to limit minutes and focus solely on ramping up for the postseason. They won’t need to get serious until September. That is going to cost them regular-season wins. It may not matter to them, but it matters to you as a bettor.

Many of the principles that apply to a Lakers or Bucks under bet apply to a Wizards over. If four months off do end up serving as a sort of equalizer, betting on any team to go 0-8 or 1-7 seems unwise. Even if it doesn’t, let’s take a glance at Washington’s schedule:

Their early games are against the weakest teams in the field. They then move on to teams who are uncertain about who will be available. Finally, they close with teams that could easily be resting their best players. Unlike the Celtics and Bucks, who will be moving on to the postseason, the Wizards have no incentive to rest players because they cannot improve their lottery position from within the bubble. Their sole goal in Orlando, aside from a hail mary playoff run, would be developing their young players.

So yes, without Bradley Beal and Davis Bertans, the Wizards are the worst team in Orlando. But they only need to win 25 percent of their games to satisfy the over here. Only one NBA team failed to do that this season, the injury-plagued Golden State Warriors, and they didn’t have as favorable a schedule as the Wizards will here. Winning two games by accident in this setting is entirely attainable.

Again, we are eschewing value here in the name of probability. The Grizzlies have the best record of any of the teams realistically pursuing the No. 8 seed in the Western Conference. They share a -1.0 net rating with the New Orleans Pelicans and Phoenix Suns, with the other possible No. 8 seeds close behind. New Orleans has the most upside given its success with Williamson in the fold, but broadly speaking, it would be fair to call most of the teams in the hunt for the final truly available playoff spot relatively even.

The difference between the Grizzlies and the field is that the playing field isn’t even. With their 3 1/2-game lead over the field, the Grizzlies will likely enter play-in setting as the higher seed. That means, given the rules of this play-in, that they will only need to beat the No. 9 seed once in two tries to reach the postseason.

Now, imagine Vegas ultimately views Memphis and whoever its opponent in that play-in turns out to be as even. The odds between two even teams on a neutral court should theoretically be -110. For a slightly higher price, you get the security of a do-over if the Grizzlies happen to lose that first game. Given the massive advantage their superior record is likely to grant, the Grizzlies should pay out at a much lower price than they currently are.