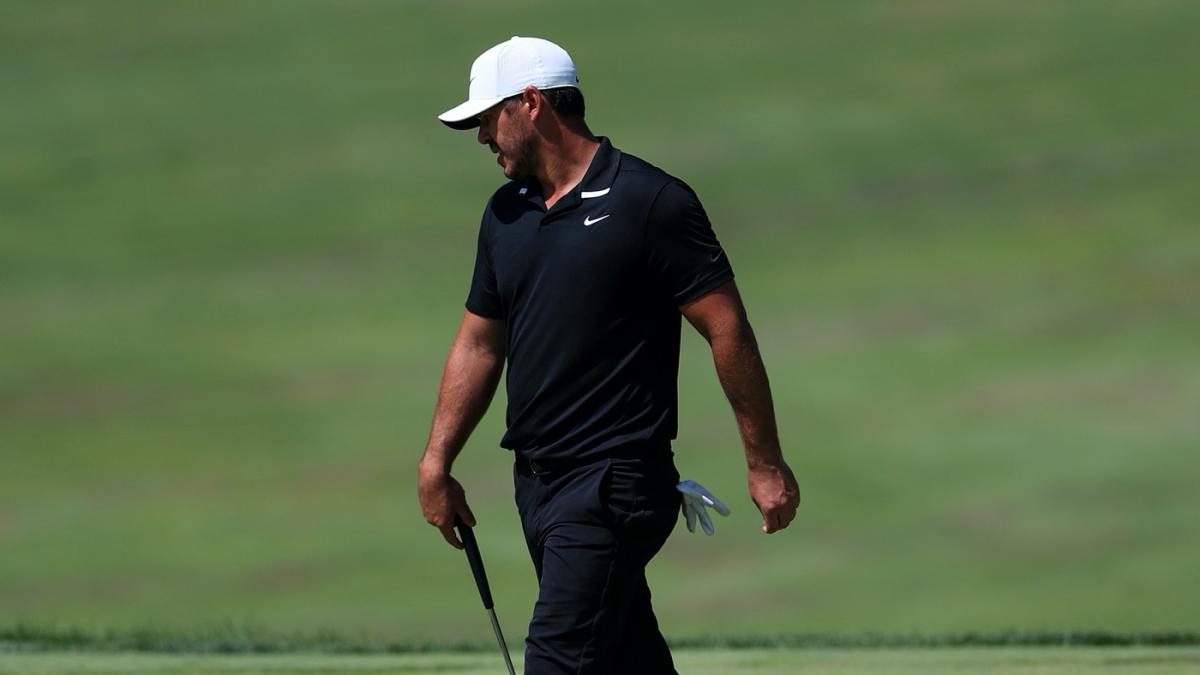 Playing with Tiger Woods for the third straight day, four-time major winner Brooks Koepka shot a 1-over 73 on Saturday at the Memorial Tournament at Muirfield Village to fall further back from the leaders of the event.

For the third straight day, Koepka made at least four bogeys or doubles (he started double bogey-bogey on Saturday), and next week will be the one-year anniversary of his last PGA Tour win. There are many reasons for this, of course, and the primary one is a gimpy left knee that he’s struggled with off and on for over 12 months.

Koepka first had stem cell treatment on his left patella done the day after the Tour Championship last year, and then he re-injured it at the CJ Cup later in the fall, which kept him from playing with the U. S. in the Presidents Cup in December.  In February, he confessed that it might never be the same, but then in June, as the PGA Tour restarted amid this pandemic, he said it was good to go.

“[The layoff] was definitely beneficial for me,” said Koepka. “I was able to kind of reassess where I was at, get the knee stronger. The knee is back. It’s a lot better. And then finally be able just to swing the club the right way and kind of get back to the process or the way of thinking that I had before. It’s been a blessing in disguise for me without a doubt, and I’m excited to see what happens here.”

On Saturday, however, he clearly struggled with some discomfort, and after his round — his third straight in which he failed to break par — he said he had a MRI done on Monday and struggles to get out on his left knee (or left side) when he’s playing.

“Had an MRI on Monday,” said Koepka. “Nothing has changed. We’ll see how it goes. Just wanted to check on it, see where it’s at. We got the results right after Korea [the CJ Cup], and then we just wanted to check. Nothing is improved, it’s still the same. So we’ll figure it out when we’re done. I feel okay, feel physically fine. It has its moments.”

For someone who said just five months ago that he may never be fully healthy again, this seems problematic. It’s also kept him from playing his best golf. Since winning the WGC-FedEx St. Jude Invitational last July, Koepka has just two top 10s in 14 starts (including this week). With the PGA Championship three weeks away and Koepka vying for his third straight win there, he has very little time to get his body right and his game aligned for what will be the start of seven majors in the next 12 months.