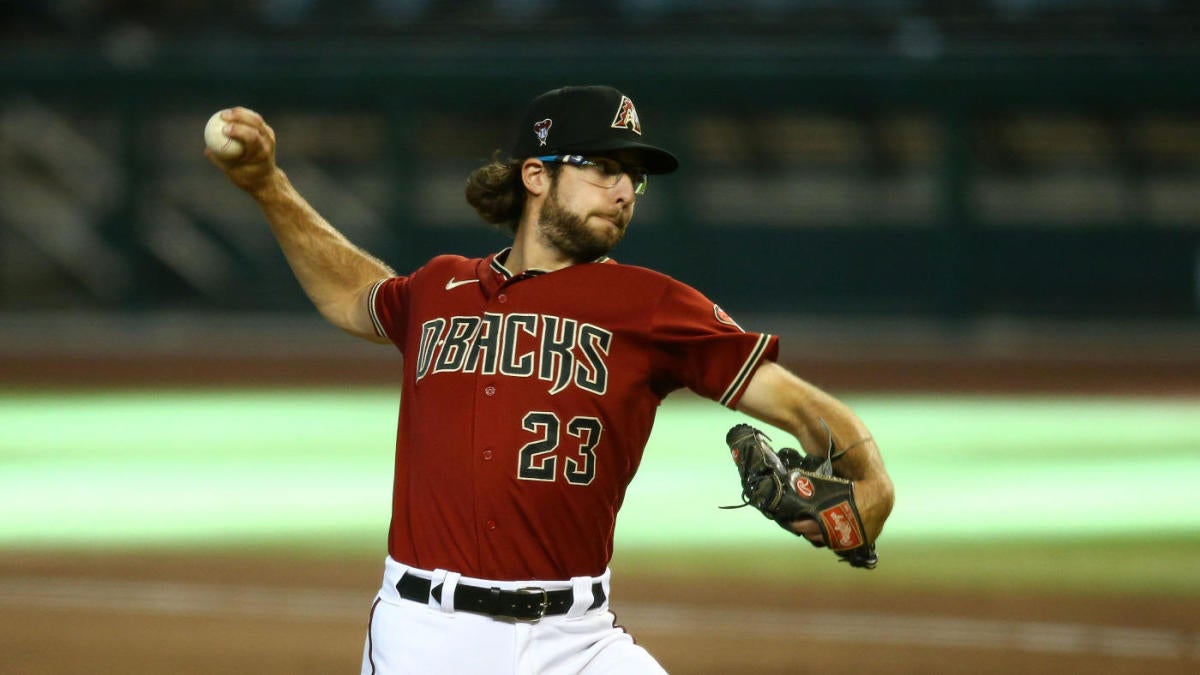 Watch Now: Summer Camp Games Begin Saturday (1:14)
Few teams in baseball may benefit from the mad dash 60-game season as the Arizona Diamondbacks. They’re (still) looking up at the Los Angeles Dodgers in the NL West, but the shorter the season, the better their chances to have a Cinderella run. The 60-game season equals hope.
Cron and Lamb could form a sneaky-excellent DH platoon. Lamb is a career .250/.345/.468 hitter against righties and Cron, C.J.’s younger brother, hit 44 home runs 121 games between Triple-A and MLB last season. His .777 Triple-A slugging percentage was the highest in the minors in at least four decades. The D-Backs have depth throughout the lineup — Kelly, the projected No. 9 hitter, slashed .245/.348/.478 in 2019 — and a solid bench, which includes hit-by-pitch king Locastro (22 HBP in 250 PA last year). Utility men Josh Rojas and Andy Young may see time on the MLB roster this season as well.
32.8%

Last season’s roster was not bad at anything. At worst, they were league average at the plate and on the mound, though they were among the game’s best on the bases and in the field. To that roster they added (Starling) Marte. Bumgarner, and a full season of Gallen. The only significant loss is a half-season of Zack Greinke. Gallen’s walk rate (10.8 percent) can be chalked up to inexperience rather than a longstanding control issues (career 6.4 percent walk rate in the minors), and he missed bats at an above-average rate with five pitches last season:

The D-Backs were not eliminated from postseason contention until the final week of the regular season in 2019. Sportsline gives them the third-highest win projection (33) in the National League this year, trailing only the Dodgers (40) and Nationals (35). Their roster may lack the name recognition of those teams, but make no mistake, the D-Backs’ whole is greater than the sum of the parts and they are a dangerous team in a short season.

Two Martes are better than one

A breakout star in the rotation

“We think he’s a fantastic baseball player,” Hazen said following the Marte (Starling, not Ketel) trade. “He has power. He can hit for average. He is a very good athlete. Plays a very good outfield, center field as well. And he fits a lot of what we’re trying to do.”
Curveball “In any run of baseball in a short season, chaos can ensue,” D-Backs GM Mike Hazen said in a conference call prior to summer camp last month. “I’m excited for it. I think it is going to be fantastic. Would it be better if we were playing 162 (games)? Yeah, but that sailed a long time ago. I think it is going to be high intensity.”

“He has a number of weapons,” Hazen told MLB.com’s Steve Gilbert in February. “He’s got really good stuff, he’s a really good competitor and a really good strike thrower. Those were the really big things we liked about him.”
The D-Backs have a legitimate superstar in (Ketel) Marte and Bumgarner is certainly a big name. Otherwise Hazen and his staff have built a roster loaded with solid contributors and no glaring weaknesses. Last year’s ranks tells the story of the roster:

The D-Backs have opted to throw numbers at their bullpen rather than invest in one or two big names and hey, that’s a sound strategy. Even the best relievers can be hard to predict from one year to the next. Righties Artie Lewicki and James Sherfy, and lefty Matt Grace and Joe Mantiply, are the notable depth relievers on the 60-man player pool. Righty Taylor Widener is a sleeper despite his ugly Triple-A numbers last year (8.10 ERA in 100 innings) because he can really spin the baseball and he finished second in the minors in strikeouts in 2018.

40.7%
Of course, the D-Backs are a legitimate postseason contender even if the Dodgers run away with the division title again. Arizona is a strong bet to chase a wild card spot and the team made several significant additions over the winter without suffering any significant losses. Let’s preview the 2020 season in the desert.
21.8%