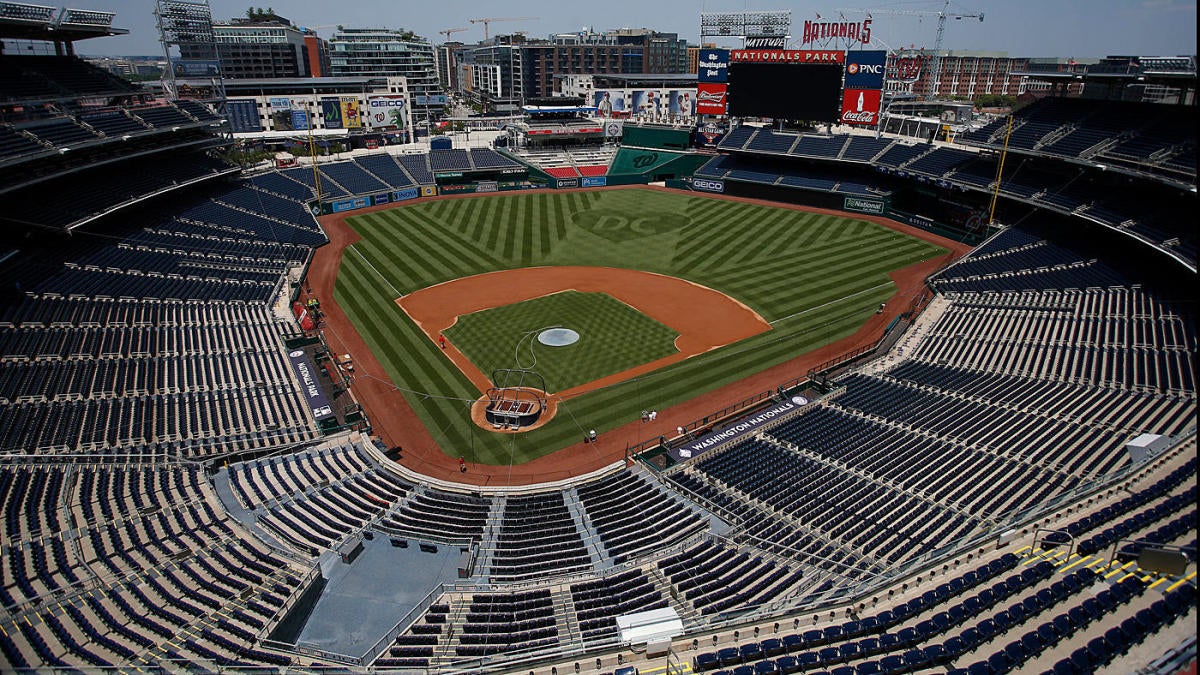 Watch Now: MLB News And Notes (2:16)
The Nationals aren’t the only team facing pandemic-related logistical problems at the local level. The Los Angeles Dodgers are hoping to gain an exception from similar rules; the Toronto Blue Jays haven’t yet been fully cleared to play at home by Canada’s government; and a number of teams — such as the five clubs located in Florida, Texas, and Arizona, among other hotbed states — are having to navigate worrisome local coronavirus situations while gearing up to play the 60-game schedule.
The Nationals are “exploring” alternate sites, including their Class-A affiliate’s stadium in Fredericksburg, Virginia, because of local coronavirus protocols that could put the club at a competitive disadvantage. Under D.C.’s guidelines, any individual exposed to COVID-19 must quarantine for 14 days. Per the Post’s report, the city is unwilling to make exceptions for the Nationals, either for their players or their coaches.
The Washington Nationals are scheduled to host the New York Yankees in the first game of Major League Baseball’s regular season on July 23. Yet, with a week to go until the opener, the Nationals are undecided on where they will be playing their home games in 2020, according to Jesse Dougherty, Dave Sheinen, and Julie Zauzmer of the Washington Post.
Factor in the testing snafus experienced across the league and it can be argued that MLB would be wise to reconsider starting its season next week. Still, there is no reason to believe the league is wavering in its commitment to playing the season, at least not at this point. MLB had originally planned to begin its season on March 26. The spread of COVID-19 forced MLB (and every other American sports league) to scrap those plans about two weeks prior.