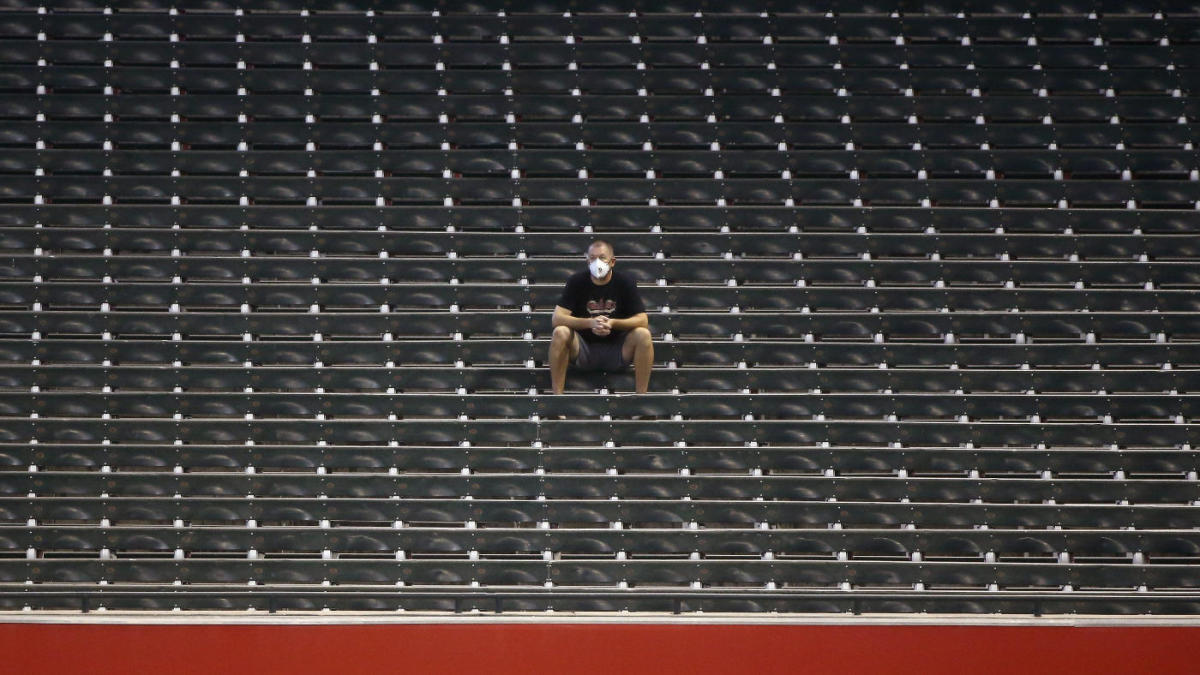 Watch Now: MLB News And Notes (2:16)
Personally, I would prefer the ambient noise from an empty ballpark rather than artificial crowd noise, but I understand I may be in the minority. If the players are on board with it and it creates a better level of play through adrenaline, then by all means, let’s do it.
“Speaking to the crowd noise, it’s way better than having nothing in the stadium and just silence,” Justin Turner said during a recent conference call. “I enjoyed it. It gave me a little bit of adrenaline just having that noise and random cheers. Hopefully it’s something that we have and most stadiums have. Hopefully everything moves in a direction where we can safely return to fans being able to watch us play again.”
The baseball on the field will look mostly the same and some MLB teams are trying to make sure it will sound the same as well. Rather than play games in a quiet ballpark, several clubs are experimenting with artificial crowd noise piped in through the stadium speakers. MLB is providing clubs with an approved soundtrack that even includes boos for the road team. In addition to the Dodgers and Mets, the Phillies, Rays, and Yankees are among the teams that either have been testing or will soon test artificial crown noise during summer camp games. All 30 MLB teams are expected to try it out at some point before Opening Day. No team has officially committed to using it during the regular season, however.
“I think it is a good idea if they are going to allow steady crowd noise to be pumped in. That would be good for the guys, obviously it gets pretty quiet,” Yankees reliever Zack Britton said during a conference call last week. “… I am not sure how loud it is going to be and what it would look like, but I think it is a good idea, and our team would like that and create some type of atmosphere in the stadium.” Interestingly enough, the crowd noise soundtrack will come from the popular MLB: The Show video game series, according to Caleb Noe of WCPO 9 in Cincinnati. Premier League broadcasts are using crown noise from the FIFA video game series and the NBA may use crowd noise from the NBA 2K series.
Here is an example from a recent New York Mets summer camp intrasquad game:
When the 2020 MLB regular season begins next week, it will look like no other season in baseball history. The stands will be empty because of the ongoing COVID-19 pandemic, the National League will use the designated hitter, and a runner will be placed at second base to begin each extra inning to speed things along. The season will be full on weird.
Better than I expected! But still sort of unnatural (duh). The steady murmur doesn’t really sound like a baseball crowd, though the loud cheers for the catch are a nice touch. The crowd noise will be dynamic and react to the moment similar to a live crowd. The Dodgers starting toying with piped in crown noise early in summer camp and, by and large, the players approved.