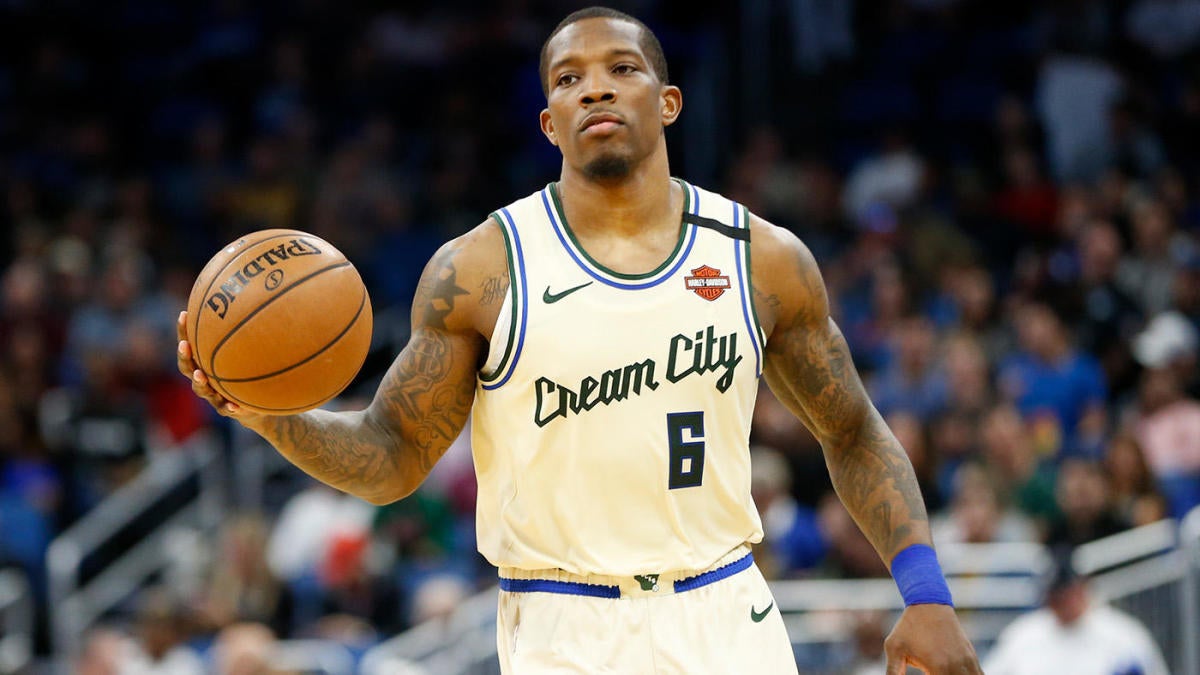 Watch Now: Tiki and Tierney: Giannis Antetokounmpo believes the 2020 title will be a tough championship to win (2:09)

Eric Bledsoe has tested positive for the coronavirus, according to Yahoo Sports’ Chris Haynes. The Milwaukee Bucks‘ guard is currently asymptomatic. He is the first Milwaukee player known to have tested positive for COVID-19. It is not yet known whether or not he will have to miss games because of his diagnosis, but he has not yet traveled to Orlando for the restarted season at Disney. The Bucks arrived in Orlando last week and have begun practicing.

Fortunately for Milwaukee, they can afford to be patient with Bledsoe if he needs extra time to recover. As they currently hold a 6.5-game lead for the No. 1 seed in the Eastern Conference, they only need to win two of their eight seeding games to clinch the top spot. Should Toronto lose at least two games, they would earn it regardless. Even if that weren’t the case, the Bucks are remarkably deep. Including midseason-addition Marvin Williams, 13 Bucks average at least 14.4 minutes per game this season. Players like George Hill, Donte DiVincenzo and Pat Connaughton would be in line for more minutes should Bledsoe miss any games.

While his absence is unlikely to materially impact Milwaukee’s remaining regular-season plans, it could cost Bledsoe some hardware. Bledsoe was named a First-Team All-Defense player last season, an honor he was in the running for yet again this season. Should he miss games in Orlando, voters may look toward players who participated fully. Bledsoe has already missed nine regular-season games.

With two weeks remaining before games begin, though, Bledsoe still has plenty of time to pass the NBA‘s protocol and return to his team in Orlando. Milwaukee can afford to be cautious, but as a championship favorite, they would obviously like to have their starting point guard back sooner rather than later.

2020 PGA Championship odds, favorites: Root for these nine golfers at...

Sports News - August 5, 2020
0
From Tiger Woods to the Brooks-Bryson rivalry, here are some key rooting interests this week