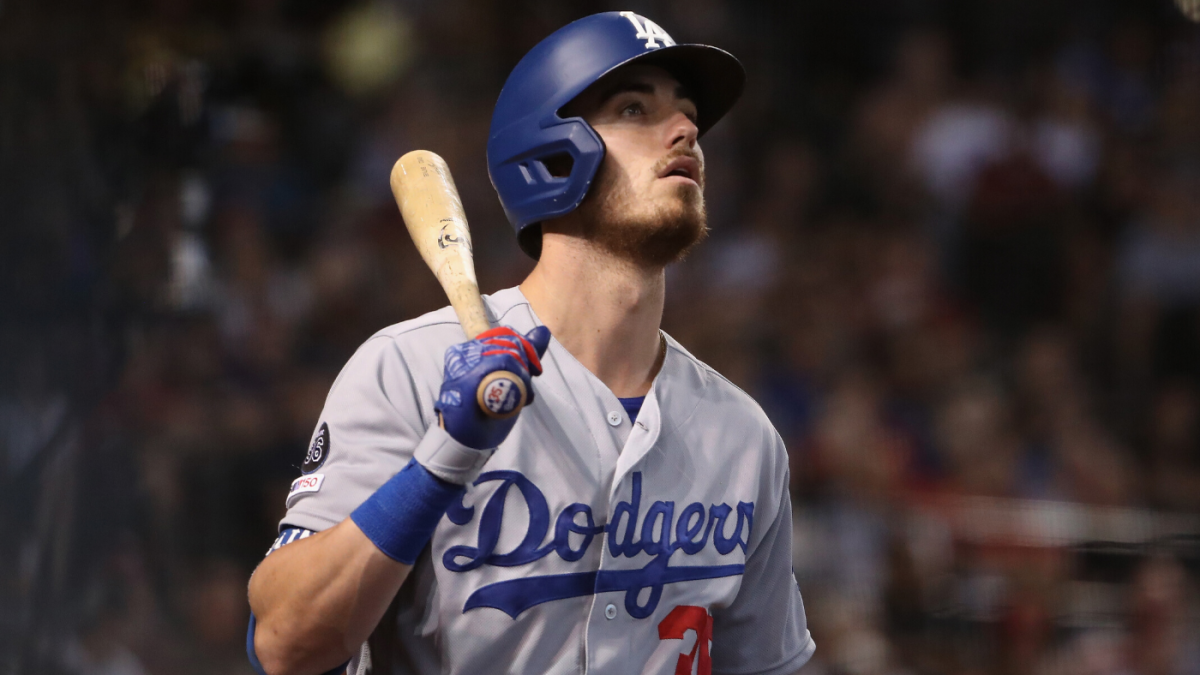 162 innings
200 IP
Seven wins is the 60-game equivalent to both 18 wins and 20 wins because of rounding. An 18-win season is equivalent to 6.67 wins in a 60-game season and 20 wins is equivalent to 7.41 wins, so there you go.
A five-man rotation in a 60-game season means each starter can be expected to make 12 starts. Some teams are already discussing a six-man rotation (Angels and Mariners), others are considering using someone every fourth day (the Reds and Trevor Bauer), and I’m sure teams will use off-days to skip their fifth starter when possible. Generally speaking, 12 starts is a reasonable expectation.
37 wins

60 innings
Saves also have the same basic statistical benchmarks as homers (and steals). A 20-save season is pretty good and a 50-game season means you’ve really put in work. Last season Shane Greene saved each of the Tigers first 10 wins and 13 of their first 14 wins. I am hoping we see someone close out each of his team’s wins in 2020. Bring on the weird.
50 HR

It’s best to look at WAR in tiers because the data is not precise enough to pretend a few decimal points are statistically meaningful. A 2-WAR player is a league average player. A 4-WAR player is an All-Star caliber guy. A 6-WAR player is a true star and among the game’s greats. Get up to 8-10 WAR territory and you’re in Troutsville. There is no sense in sweating 2.9 WAR vs. 3.3 WAR or something like that. They’re roughly equal. 93 K

56 hits
The 200-hit season is fading away and the 300-strikeout season is making a comeback. There have been five 300-strikeout seasons since 2015, more than there were from 2000-14 combined, and last year Cole struck out 326 batters, the most by a right-handed pitcher since Nolan Ryan struck out 341 batters in 1977. Strikeouts are everywhere in today’s MLB.
Because each game carries increased importance during a shortened season, I would not expect to see a hitter stay in the lineup long if he starts out with a record strikeout pace. Unless he provides a ton of power, it’s hard to see someone playing as much as required to finish the 60-game season with 90-plus strikeouts.
That said, workload limitations and healthy risks make it less likely to happen. Teams will be cautious with their top pitchers and getting pulled even one inning quicker than usual make it less likely a pitcher reaches triple-digit strikeouts in 2020. I think we’ll see at least one 100-strikeout pitcher in 2020. Getting to 110 strikeouts is not out of the realm of possibility either.

The 200-hit season is a becoming a statistical rarity. Last season only two players (Rafael Devers and Whit Merrifield) reached the 200-hit plateau. No one did it in 2018 and on only 14 occasions did a player record 200-plus hits in a season from 2013-19. As recently as 2007 eight players had 200 hits. Hits are hard to come by nowadays. Pitchers are that nasty.
44 RBI

150 K
During the short season WAR will be less accurate than usual because defensive stats need large sample sizes to become reliable, and 60 games is not a big sample in the world of defensive stats. This will affect both hitters and pitchers. Hitters will not be properly credited for their defensive contributions and pitchers won’t be properly credited for their team’s defense behind them. It matters. A team’s defense factors into their pitcher’s WAR (e.g. extra credit for pitching well if his defense is bad).

The 60-game season will force baseball to recalibrate its statistical benchmarks, at least for one year. Pitchers have no shot at 20 wins and a hitter isn’t getting 200 hits this season. What qualifies as good in 2020? Or, more simply, what is the 60-game equivalent of the stat benchmarks we’ve all come to cherish over the years? That’s what we’re here to answer.
At some point soon MLB will need to have a conversation about lowering the innings total required to qualify for the ERA title. Last year only 61 pitchers qualified for the ERA title. Five years ago 78 pitchers qualified and 10 years ago 92 pitchers qualified. Pitcher usage is trending down and the league will have to adjust the qualifying total at some point, but I digress.