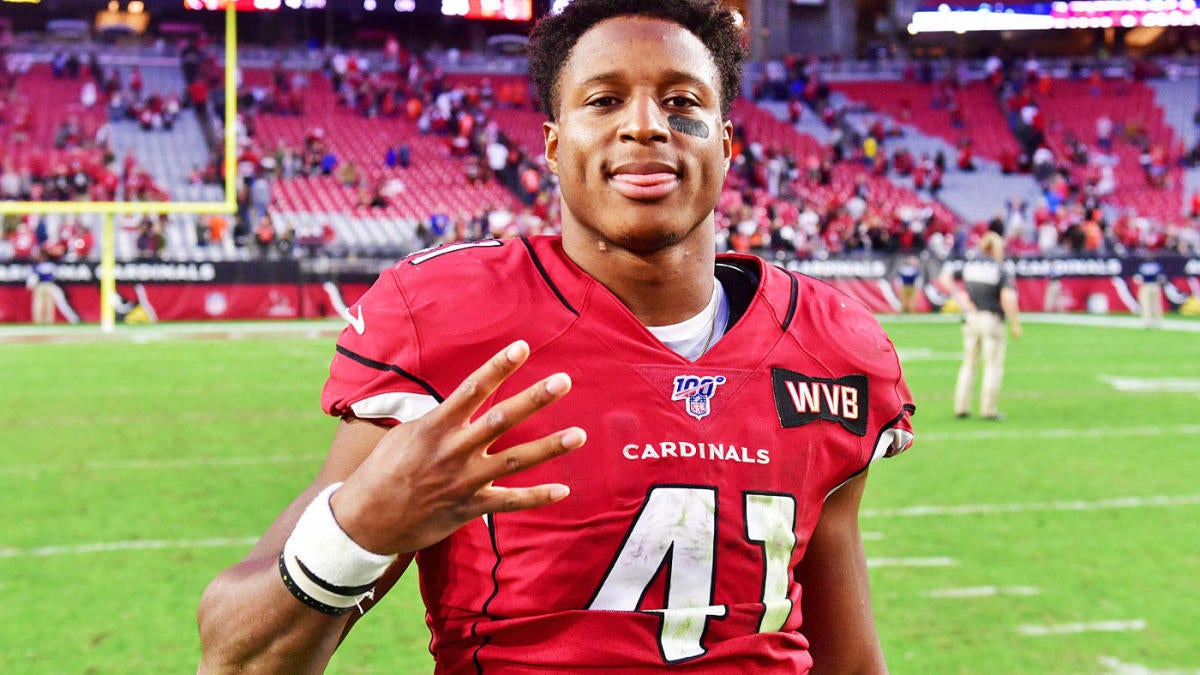 Watch Now: Tiki and Tierney: Kenyan Drake is confident that the Cardinals will ‘take the league by storm’ (2:05)

Kenyan Drake was clearly hoping for a contract extension before Wednesday’s 4 p.m. ET deadline. But despite not receiving a long-term deal, the Cardinals running back is continuing to remain positive while looking forward to the 2020 season. Drake, who was traded from Miami to Arizona last season, will make $8.4 million under the transition tag in 2020.

“I’m not too concerned about signing an extension currently,” Drake said, via his Twitter account. “That’ll come in due time. Right now I’m focused on everyday getting in the best shape of my life to help this team play winning football. Everything else will run its course. Stay safe, wash your hands, wear a mask.”

Drake’s comments Wednesday were consistent with what he said earlier this offseason as it related to his contract situation.

“With them tagging me, it wasn’t really a slap in the face or anything,” Drake said during a May appearance on SiriusXM NFL Radio, via the team’s official website. “They wanted to get a gauge on my market and everything happened how it did. With me signing the tag, it put me in a pretty decent position from a financial standpoint, especially amongst my fellow running backs. I’m fortunate they saw in me what I see in myself, and hopefully we can continue to work on a long-term deal in the future.”

Drake’s 2020 salary under the transition tag makes him the sixth highest-paid running back in the NFL based on average salary, behind Christian McCaffrey, Derrick Henry, Ezekiel Elliott, Le’Veon Bell and David Johnson. Henry, following his breakout 2019 season, was initially franchise tagged before coming to terms Wednesday on a reported four-year, $50 million deal with the Titans.

Henry was the second running back to ink a lucrative contract this offseason. In April, McCaffrey signed a four-year, $64 million contract extension with the Carolina Panthers. The deal, based on average salary, makes McCaffrey the league’s highest-paid running back over Elliott, who inked a six-year, $90 million deal with the Cowboys last offseason. Elliott, however, received over $50 million guaranteed in his contract, while McCaffrey received about $38.12 million in guarantees.

McCaffrey and Henry have proven to be the exception to the rule of not paying up at the running back position. Melvin Gordon, a two-time Pro Bowl running back, signed a two-year, $16 million contract with the Broncos earlier this offseason that included $13.5 million in guarantees. Gordon’s former teammate with the Chargers, Austin Ekeler, signed a four-year, $24.5 million contract with the Chargers this offseason that includes $15 million guaranteed. While these are certainly good deals (with a generous amount of guaranteed money), they are significantly less value than the ones McCaffrey and Henry have received.

The 26-year-old Drake is coming off a 2019 season that saw him average a career-high 5.2 yards per carry after he was traded to the Cardinals, a team that had an eventful offseason that included the acquisition of All-Pro receiver DeAndre Hopkins. The team also enjoyed a successful draft that included the selections of Clemson linebacker Isaiah Simmons in the first round and Houston offensive tackle Josh Jones in the third round. Arizona also added to their depth at running back in the seventh round, selecting Eno Benjamin out of Arizona State.

“A lot of great moves were made to put people in position and pieces to make sure everything was shored up,” Drake said of the Cardinals’ offseason. “Moving forward, I’m excited about the direction we are going. I’m ready to see everyone in Arizona and get back on the field and get back to work.”