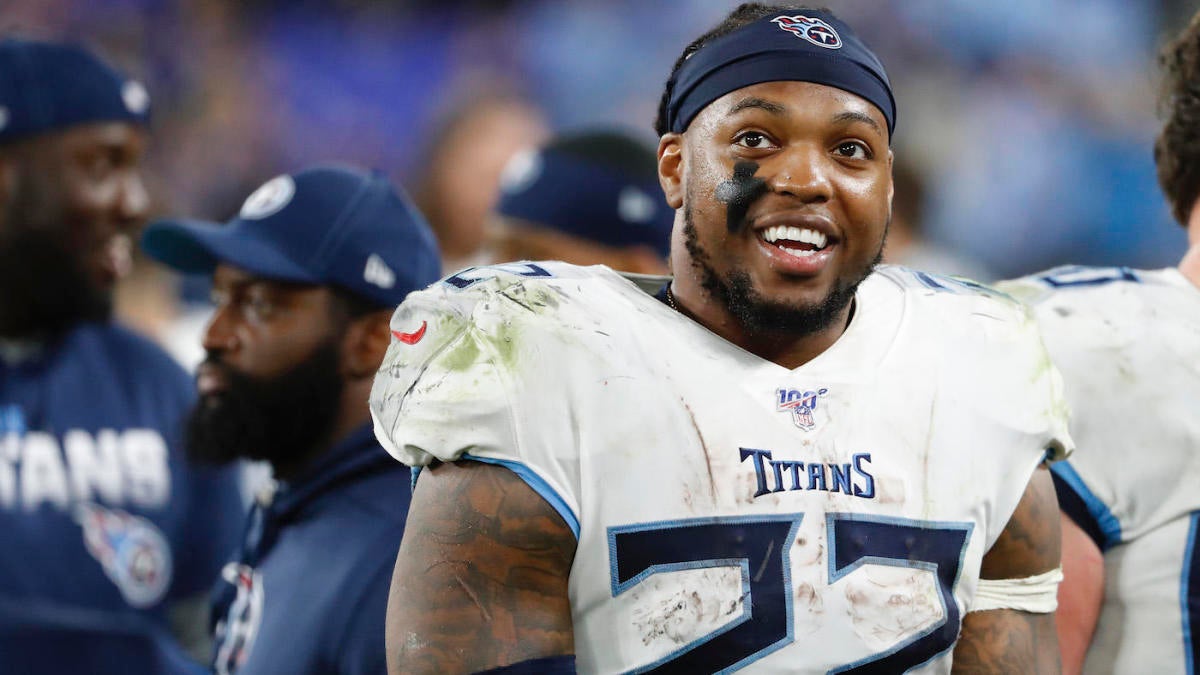 In the eleventh hour, the Tennessee Titans found a way to keep running back Derrick Henry on the roster without remaining on the franchise tag. Shortly after the 4 p.m. ET franchise-tag deadline, reports emerged that Henry had agreed to a four-year, $50 million deal that includes $25.5 million guaranteed. For months, we were all told that the Titans wanted to sign Henry to a long-term extension, but there were never really any developments that made us think it would come to fruition. Paying running backs is something teams want to avoid whenever they can, but the Titans actually re-signed Henry to a pretty fair deal.

“The Titans treated Derrick Henry fairly given the circumstances,” said CBS Sports NFL contracts and salary cap expert Joel Corry. “He reportedly has a fully guaranteed $25.5 million over the next two years. Henry would have made $22,611,600 on two franchise tags. He gets the $25.5 million without having to incur the risk of injury and poor performance in order to have been in a position to make $2,888,400 less playing the franchise tag game.”

There will be those who are convinced that this extension was a mistake. Devonta Freeman, Todd Gurley and apparently Le’Veon Bell were not worth the lucrative recent extensions they signed, but Tennessee believes Henry could be one of the few exceptions. In 2019, Henry led the NFL with 1,540 rushing yards and 16 touchdowns. He quite literally carried the Titans to the AFC Championship game, as Henry’s 446 rushing yards and two touchdowns in the playoffs last year made up one of the most impressive postseason performances in recent memory. The offense went through Henry last year, and the Titans appear set on running it back with him in 2020.

Why the Titans won

Apart from keeping arguably their best player on roster, the Titans also benefited by not having to reset the market to keep Henry. If he had played out the 2021 season on the tag, Henry would have averaged just north of $11.3 million over the next two seasons. That number would have made him one of the top five highest-paid running backs, and the Titans sprinkled just a bit more on top of that ($12.5 million per year), which still has him at No. 5 in terms of average money per year. According to Over the Cap, Christian McCaffrey, Ezekiel Elliott, David Johnson and Bell average more money per year. Only two of those players are younger than Henry, by the way.

When it comes to fully guaranteed money, Henry’s $25.5 million falls behind McCaffrey ($36.3 million), Elliott ($50 million), Bell ($35 million), Johnson ($31.8 million), Saquon Barkley ($31.1 million) and Leonard Fournette ($27.1 million). While McCaffrey secured the bag due to his ability as a dual-threat weapon, you would think Henry would have at least passed Elliott, right? Remember the “Zeke is the floor” comment? Henry later clarified that he wasn’t stating that he was 100 percent going to surpass Elliott’s numbers on his next contract, but that’s who he looked to at the time when it came to the standard of getting paid.

Why is this extension also a win for Henry? It ties him to the Titans until he is 30. The best running backs in the league usually get paid one way or another, but it’s not always such a clean process.

Bell for example didn’t get what he wanted from the Pittsburgh Steelers, but received a nice chunk of change from the New York Jets. Still, it wasn’t as much money as he initially wanted, and he had to sit out a year and also switch teams.

Henry was locked in on the franchise tag to be one of the highest-paid running backs in the league, but the future beyond 2020 was murky. If he again carried the Titans to a new level of success in 2020, Tennessee probably would have just franchise tagged him again and then let him go by 2022. That’s just the sad reality of the running back position.

With this extension, the Titans finally rewarded Henry with certainty regarding his future and also made him one of the highest-paid backs in the game. Nice work by both sides.