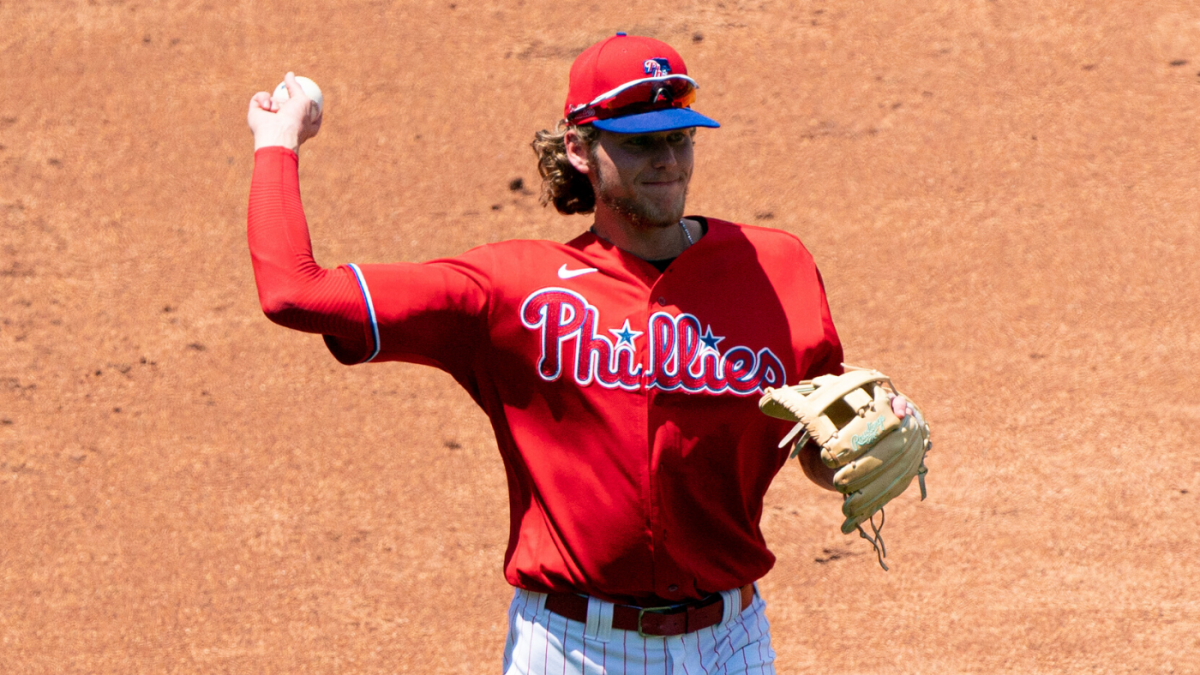 Watch Now: MLB News And Notes (2:05)
Service time makes the world go ’round for ballplayers. It determines their compensation, their free agency date, and even allows them certain rights as it pertains to things that matter to the average ballplayer, such as minor-league assignments and contractual opt outs.
In a sense, those situations are the ones worth monitoring if the executives we talked to are to be proved correct about their predictions concerning service-time manipulation this season. After all, if teams are willing to roster high-quality youngsters when they don’t need to, then it’s fair to say they’re taking a different approach to service-time considerations.
There are numerous reasons, beginning with the fact it’s harder to pull off despite service time being distributed on a prorated basis — one day this year will be worth almost three normally.

What is service-time manipulation?

Let’s break down those reasons, as well as what it could mean for the season to come. Whereas teams are usually quick to engage in service-time manipulation with their best and readiest prospects during a standard season, there is reason to think this year will be different. In recent weeks, CBS Sports has talked with multiple front-office members who believe teams will (mostly) forgo their usual service-time tactics this season for numerous reasons.
Gavin Lux, INF, Dodgers (No. 6)
Essentially, the whole thing boils down to money: teams don’t want to pay their prospects sooner than they must, and don’t want to have to pay market value to gain additional control. This is why you’ll see teams farm out can’t-miss prospects like Kris Bryant (or Ronald Acuna Jr. or whomever) with flimsy explanations that tend to have to do with a player’s defense, or some other aspect of their game that cannot be easily measured or verified by the public or the union.

Why would teams play this year differently?

Additionally, teams can’t fool around too much during a 60-game season if the goal is to win and make the postseason — especially not with a limited pool of players available for them to draw from. Between the pandemic and the unusual circumstances of the season, there’s a chance that teams will have to burn through their reserves in a way they normally wouldn’t.
Kyle Wright, RHP, Braves (No. 14)
Next week, Major League Baseball is scheduled to launch its 2020 regular season. Whether or not the ongoing pandemic allows MLB to execute those plans is to be seen, but if the season gets off the ground then it’s certain to be unlike any in recent memory — beginning with its start date and its length, and extending to all manners of strategy and management, including how teams manage their top prospects. Jesus Luzardo, LHP, Athletics (No. 12)
Rather, the prospects who stand to gain the most here are employed on 40-player rosters by teams with competitive aspirations and few (if any) other outstanding circumstances. Here are the five best players who meet those qualifications, as dictated by our offseason prospect rankings. (Note that Luis Robert, the No. 3 prospect in the minors, signed a long-term deal over the winter and wouldn’t have been a candidate for service-time manipulation regardless.)

Dustin May, RHP, Dodgers (No. 10) There’s also the inevitable changes coming to the compensation system as part of the next Collective Bargaining Agreement. The system as it is just doesn’t work for most players. Whatever those changes are remains to be seen, but teams are free to forecast as they see fit.
The Dodgers were presumably going to carry at least Lux regardless; ditto for the A’s and Luzardo. The other two on the list fall into a gray area. The Rays and Braves both have the means to fill out their rotations and bullpens without including McKay or Wright.

Because of its importance, teams have devised ways to game the system by keeping players in the minors for longer than is necessary. Demoting a player for a few weeks at the beginning of the season, to gain an additional year of control, has become socially acceptable. In more craven cases, you’ll see teams wait until deeper into the summer to promote the player — that way they prevent the player from becoming a “Super Two” and having a fourth arbitration year.
The Los Angeles Angels were always going to need outfielder Jo Adell at some point, but he isn’t on the 40-player roster and might be held down to gain that extra year of control. Ditto for Toronto Blue Jays right-hander Nate Pearson, and perhaps a pair of Philadelphia Phillies prospects, in right-hander Spencer Howard and third baseman Alec Bohm.