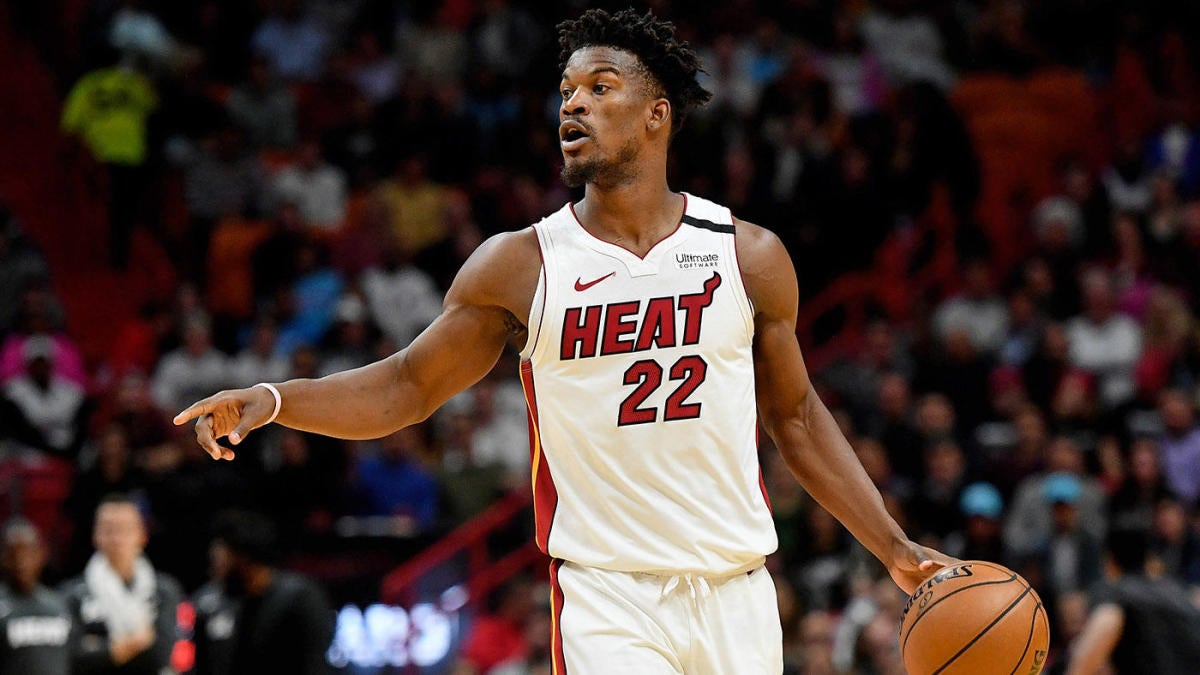 NBA players have had a mixed reaction to the league’s list of approved social justice messages for the backs of their jerseys. While some players have already revealed their choices, others, including LeBron James and Anthony Davis, have decided not to wear messages at all, instead opting for their own names at Disney. In that vein, Miami Heat All-Star Jimmy Butler has come up with an alternative. As he explained Tuesday, Butler does not want to have a message or his last name on the back of his jersey. He wants to leave that slot blank.

“I have decided not to. With that being said I hope that my last name doesn’t go on there as well, just because I love and respect all the messages that the league did choose, but for me, I felt like with no message, with no name, it’s going back to like who I was, and if I wasn’t who I was today, I’m no different than anybody else of color, and I want that to be my message in the sense that just because I’m an NBA player, everybody has the same rights no matter what. That’s how I feel about my people of color.”

Butler is currently working on receiving NBA approval for his idea. The NBA‘s official list of approved social justice messages is as follows: Black Lives Matter, Say Their Names, Vote, I Can’t Breathe, Justice, Peace, Equality, Freedom, Enough, Power to the People, Justice Now, Say Her Name, Sí Se Puede (Yes We Can), Liberation, See Us, Hear Us, Respect Us, Love Us, Listen, Listen to Us, Stand Up, Ally, Anti-Racist, I Am A Man, Speak Up, How Many More, Group Economics, Education Reform and Mentor.

Butler’s decision, should the league allow it, would be an example of actions speaking louder than words. The feeling of dehumanization that many African Americans have felt at the hands of police has been a central tenet of the Black Lives Matter movement that has gripped the nation in recent months. Playing with no name on his jersey would position Butler with the same anonymity as those who deal with law enforcement every day. His celebrity has granted him the privilege of avoiding such interactions now, but Butler is not ignoring the plight many others face on to this day.