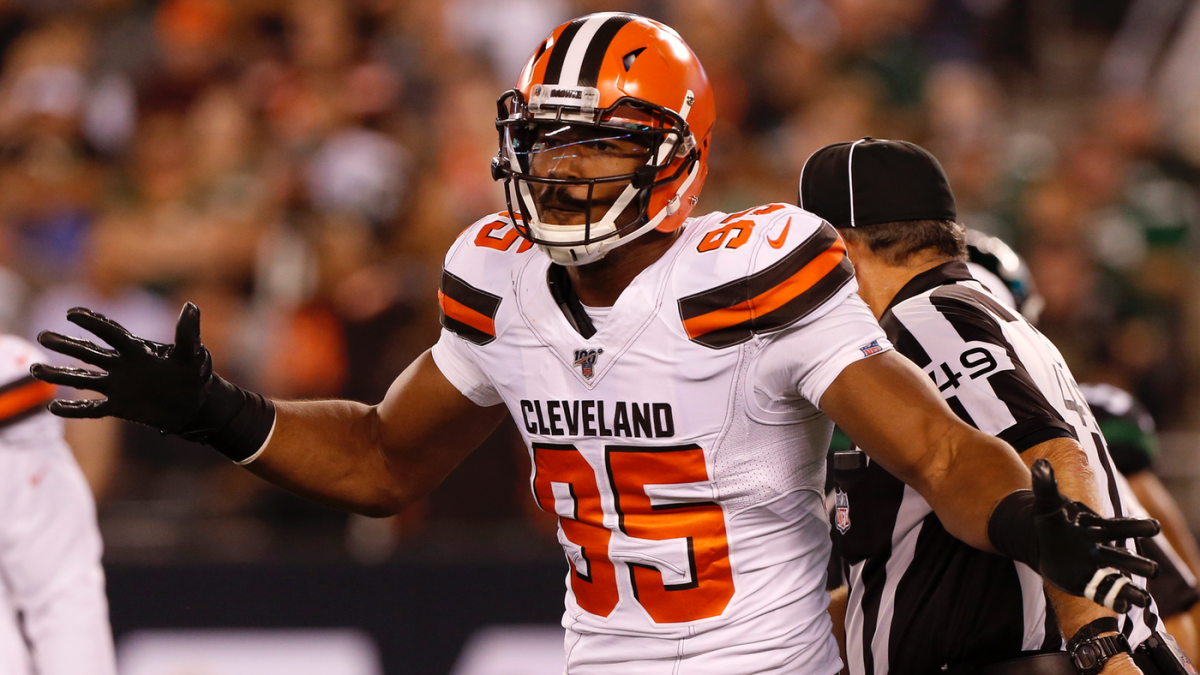 The Cleveland Browns are closing in on a five-year deal worth $125 million with defensive end Myles Garrett, according to NFL Media’s Ian Rapoport. The deal includes $50 million fully guaranteed at signing and $100 million in total guarantees. Rapoport adds that there are still a few small hurdles to clear before this deal becomes official.

Based on the average annual salary, the Texas A&M product would become the highest-paid defender in the NFL. He eclipses Bears edge rusher Khalil Mack, who was earning $23.5 million annually. Garrett had two years remaining on his rookie contract, including the fifth-year option. He will earn roughly $19.8 million over that time period before the new deal takes effect.

Garrett, the No. 1 overall selection in the 2017 NFL Draft, had 29 tackles, 10 sacks, two forced fumbles in 10 games last season. Despite missing 11 games, the Texas native has managed to compile 30.5 sacks and six forced fumbles throughout his career. His year came to a disturbing end when fans saw him swing a helmet at the head of Steelers quarterback Mason Rudolph in primetime. Commissioner Roger Goodell reinstated the pass rusher in February.

Defensive coordinator Joe Woods believes that Garrett is in the right frame of mind to bounce back this season.

“I think Myles has the right mindset in terms of wanting to be MVP and all of that, but we just need him to be the best payer for us that he can be, and whatever happens, happens. Right now, I think he is in a good place,” Woods told media over a conference call in May. “I think as a young player in this league, you go through a lot of different things so I definitely think he is going to learn and grow from the situation that happened last year. We really have not talked about it after he got back and after he was reinstated. He is focused on getting better. He is focused on being a good teammate. He has been in the meetings. He is trying to step up and take more of a leadership role. I definitely think he is moving in the right direction and has the right mindset.”

The Pro Bowl edge rusher was averaging a sack per game last season before his suspension. If he had continued at that pace, he would have been in the conversation for Defensive Player of the Year, which was won by Patriots cornerback Stephon Gilmore.