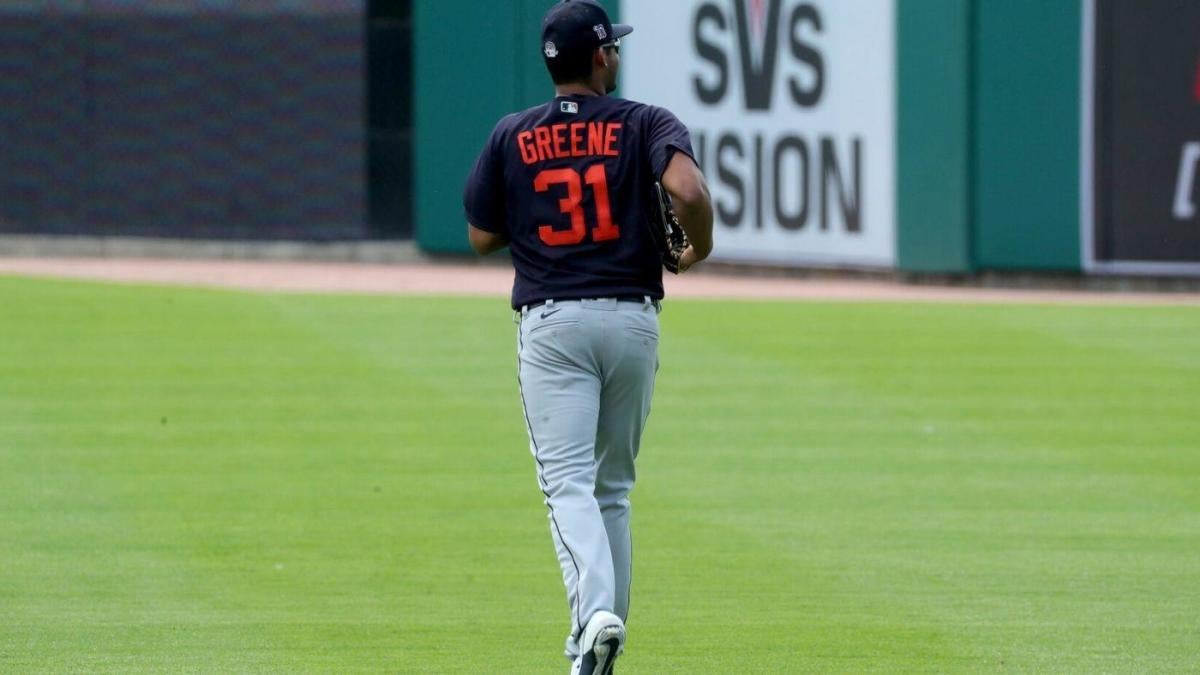 Watch Now: Detroit Tigers Season Preview (4:50)
Greene could crack Detroit’s major league roster in the very near future after a productive first year in the team’s minor league system. In 57 total games in the minors after being drafted, Greene hit .271 with five home runs and 28 RBIs. He finished off the year in Single-A West Michigan where he hit .219 with two home runs and 13 RBIs.
While the play was impressive, Greene’s production wasn’t limited to just the defensive area of the diamond. Greene also hit a two-run RBI single off of pitcher Franklin Perez in the top of the sixth inning prior to this tremendous catch. During an intrasquad game on Monday, C.J. Cron sent a deep fly ball that should’ve cleared the left field wall at Comerica Park. However, Greene leaped up onto the fence and pulled the ball back into the field of play for an incredible catch. Last Wednesday, center fielder Derek Hill made a sensational catch in another intrasquad game. Hill tracked the ball down in the air before being forced to reach over his shoulder and eventually bare-hand the ball as he was going to the ground. While it’s early in the year, the Tigers defense could be a very big bright spot for the team in the upcoming 60-game season.
The 2020 season may not have gotten underway yet, but that hasn’t stopped Detroit Tigers outfielders from making some remarkable plays. Less than a week after Derek Hill made a sensational grab, 2019 first round pick Riley Greene committed some robbery of his own.
Greene is currently rated as the No. 3 prospect in the Tigers system behind pitchers Casey Mize and Matt Manning. In addition, the outfielder is tabbed as the league’s 31st-best prospect, according to MLB Pipeline.
As he rounded first base, Cron appeared to be truly stunned that Greene was able to rob him of a home run. Los Angeles Angels star Mike Trout even tweeted his approval for the spectacular play that Greene made.