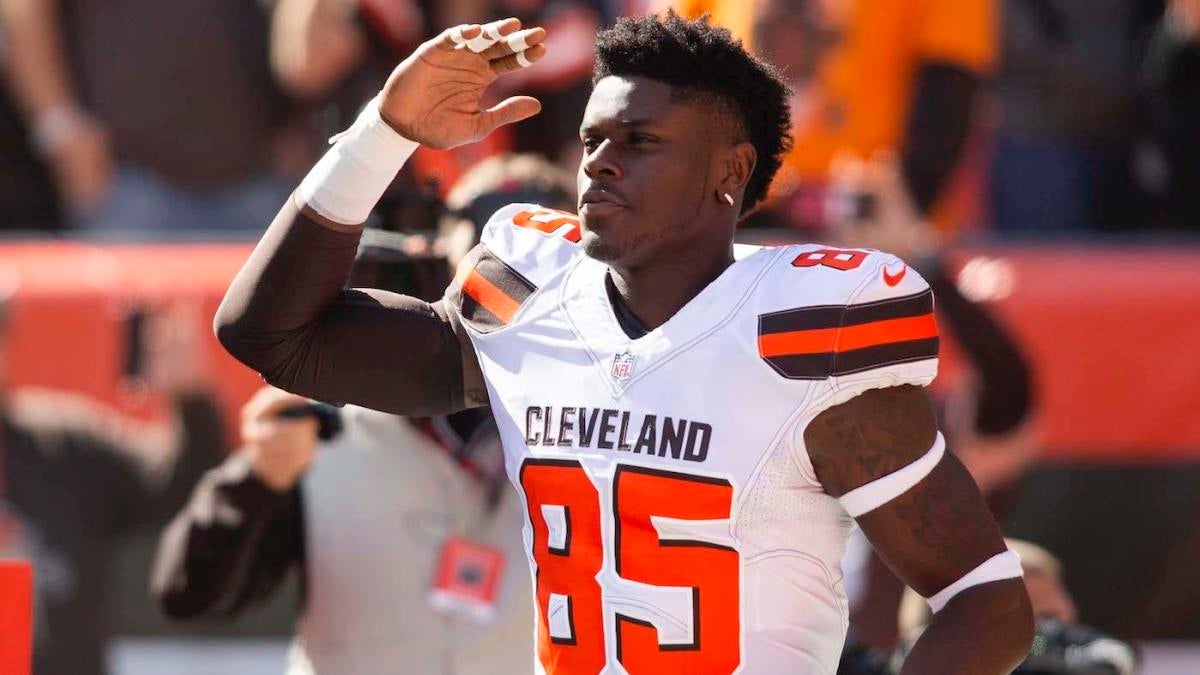 Tight end David Njoku requested a trade from the Cleveland Browns July 3. Agent Drew Rosenhaus told ESPN’s Adam Schefter that “It is in David’s best interest to find a new team at this time.” The rumor mill has been relatively silent since that initial announcement. NFL reporter Josina Anderson claims that the Browns have plans for Njoku and still believe that he can have a great year for them. It sounds as though they have no intention of trading him but the tight end remains adamant in seeking employment elsewhere.

ESPN’s Jeremy Fowler notes that Njoku had been unhappy for about a year. A source revealed to Fowler that a trade for the former first-round pick would require a fourth or fifth-round selection. The Cowboys are the only team that has been linked as potentially having interest.

Cleveland signed free agent Austin Hooper to the most lucrative contract ever for a tight end this offseason. They also used a fourth-round selection on Florida Atlantic tight end Harrison Bryant. In an ideal scenario, the Browns would lean heavily on Hooper and Njoku this season with Bryant groomed to take on a larger role in 2021. The team picked up Njoku’s fifth-year option in April.

“To David in particular, our perspective remains the same. I have been pretty consistent this offseason in terms of we still have a ton of belief in David. He is very talented,” Berry explained to assembled media. “Obviously, he was not on the field much last year, but he is a guy with outstanding physical tools, he has proven NFL production and we still think the future is very bright with him here. David has always been and continues to be in our plans, and we are going to continue to add competition all across the roster.”

Njoku missed zero games through the first two years of his career. This past season, he missed 12 games with a broken wrist. The New Jersey native had seen his output increase the previous campaign to the tune of 56 receptions for 639 yards and four touchdowns.