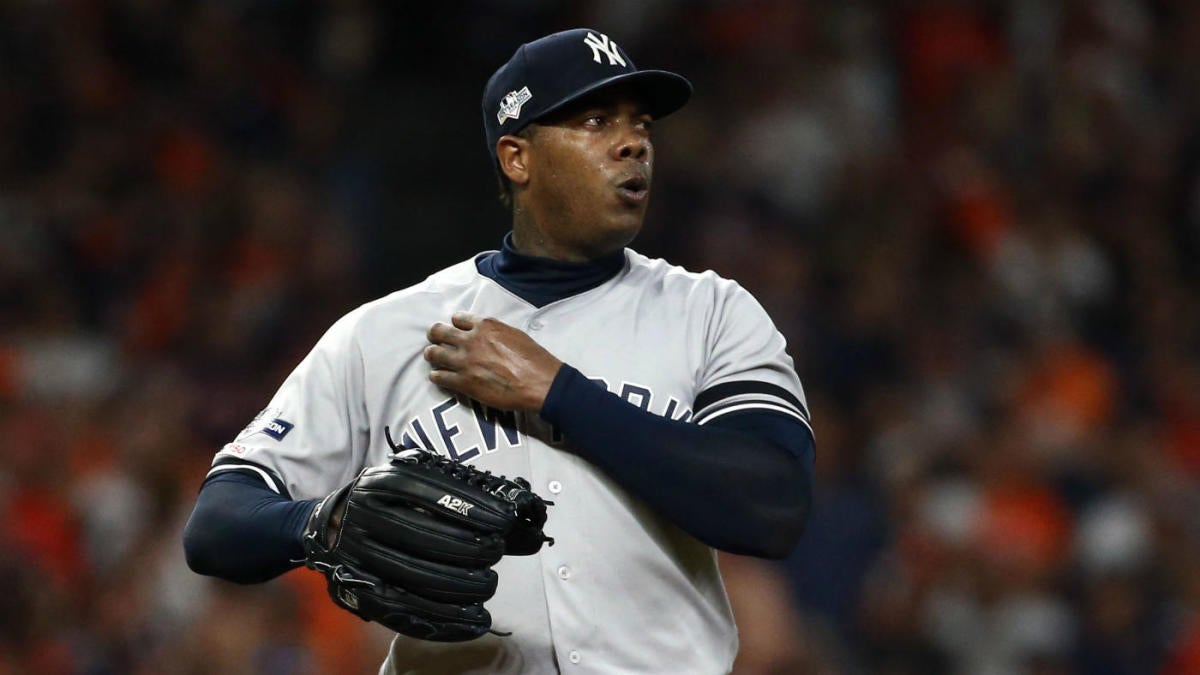 Watch Now: MLB Releases 2021 Schedule (1:43)
Chapman is at least the third Yankees player to test positive for the novel coronavirus since resuming training camp earlier in July. Previously, the team announced that infielder DJ LeMahieu and right-handed pitcher Luis Cessa had tested positive for COVID-19. Chapman is also one of the bigger-name players to test positive league-wide, joining the likes of Atlanta Braves first baseman Freddie Freeman, Texas Rangers slugger Joey Gallo, and Colorado Rockies outfielder Charlie Blackmon, among others.
New York Yankees manager Aaron Boone announced on Saturday that closer Aroldis Chapman will be away from the team for the “foreseeable future” after testing positive for COVID-19, per Brendan Kuty of the Star-Ledger. Chapman was said to be experiencing mild symptoms.
The Yankees are scheduled to begin their season on July 23, in a game against the Washington Nationals, the reigning World Series champions. It’s unclear if Major League Baseball will be able to proceed with those plans, or if the league will have to scrap its season because of the global pandemic for a second time this year.  Chapman, 32, would be entering his fifth season as a member of the Yankees organization, and his fourth since re-signing with the club after the 2016 season.
Originally, MLB was supposed to launch the season on March 26. It, along with all other sports leagues, had to hit pause about two weeks beforehand.
Although coronavirus is considered a respiratory illness, the disease can impact a number of systems and organs. That includes possible effects on the heart and the brain. The novel aspect of the virus means that more time and research is needed to conclusively state the long-term ramifications. Still, nearly 130,000 Americans have died this year from COVID-19.