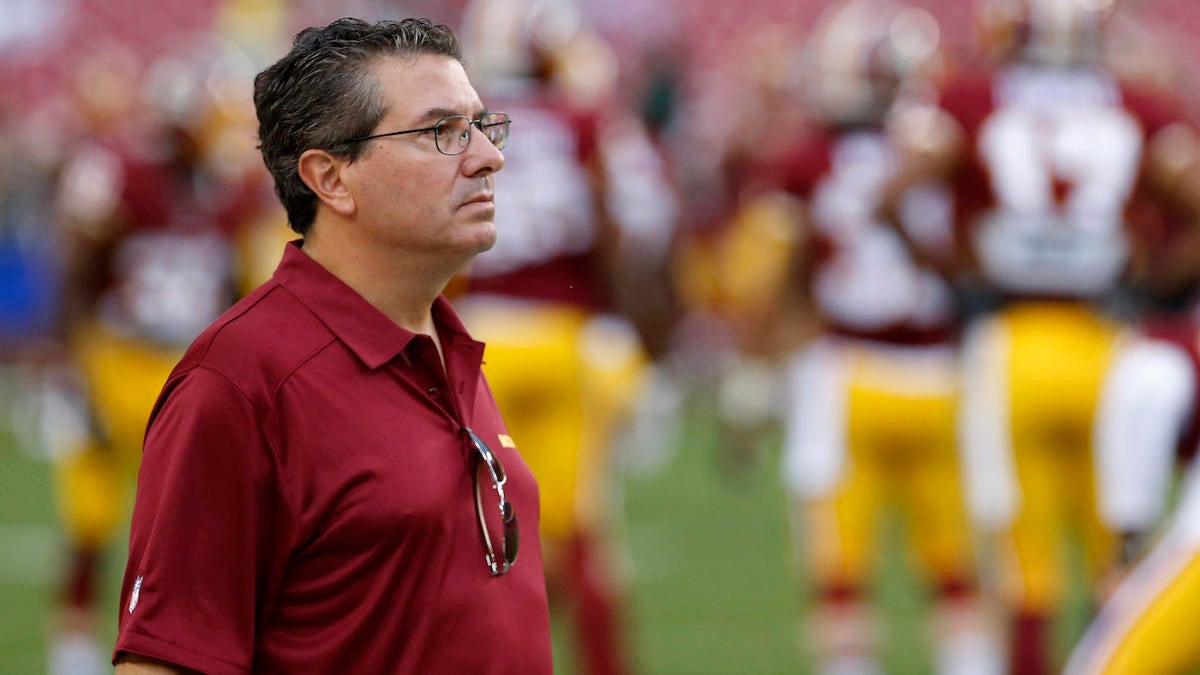 The effort to get Washington’s professional football team to change its name continues apace, with the franchise reportedly set to ‘retire’ the Redskins name Monday. On Friday morning, team owner Daniel Snyder opened up the floor internally for an official review of the name, following the news on Thursday that federal officials informed team owner Snyder that he must change the team’s name from “Redskins” if he wants to relocate to the site of RFK Stadium. Later in the day, FedEx released a statement indicating that it had asked “the team in Washington” to change its name. According to a report from AdWeek, FedEx was among a group of corporations (including Nike and PepsiCo) whose investors wrote to them requesting that they end their relationships with Washington unless the team changes its name. The letters to FedEx, Nike and PepsiCo were from 87 investment firms and shareholders worth a collective $620 billion.

Snyder has previously stated that he would never change the team’s name, but he also recently budged just a bit by renaming the lower bowl of FedEx Field. The lower bowl had been named after longtime team owner George Preston Marshall, whose statue was removed from the outside of RFK Stadium last month. Marshall is the one who changed the team’s name from “Braves” to “Redskins,” and who both resisted the integration of the team and stated that he was proud that his franchise was the last one to be integrated.

With political and financial pressure now being applied to Snyder, perhaps he finally breaks and does indeed decide to change the team’s name. If and when that happens, there is no shortage of options available. People have been trying to come up with alternative names for some time now, so there are plenty of potential solutions to this issue for him to choose from. In the space below, we’ll run through some of the most popular suggestions, as well as some that seem logical on the surface but probably can’t happen.

Naming the team after the famed offensive linemen that helped power them to three Super Bowls in the 1980s and 1990s seems like an interesting idea and there’s already a built-in affinity for the name from the fanbase, but there is also far too much potential for … different interpretations if you name a team the hogs. Can’t say I’d recommend this one. (Our own Michael Bohlin suggested the Warthogs, which was the name of Washington’s indoor soccer team, but if any variation of “Hogs” is going to win out, it’s probably the regular style, rather than the Warthogs.)

Miami (Ohio) University helpfully suggested this one, all the way back in 2014. While it would make for a smooth transition for CBS Sports Director of Programming Eric Kay, who is both a Washington fan and a Miami (Ohio) alum, it seems unlikely that the team would choose to become the second to make this exact name change. (i.e. “Redskins” to RedHawks)

This seems unlikely for a couple of reasons. First of all, the Senate has a disastrous approval rating, so I’m not sure anybody would want to root for the Senators. More importantly, the Washington Nationals still own the moniker “Washington Senators,” so it wouldn’t be possible even if Snyder wanted to pay tribute to the city’s original baseball team. (Unless he bought the name from Randy Lerner. But that seems even more unlikely.)

One of the other teams in Washington is named the Capitals. Naming the team after the Senate (or the House of Representatives) seems like a horrendous idea. But it is based in our nation’s capital, so you know some people are going to suggest naming it either after the country itself, or one branch or another of the armed services. Personally, I think teams should be much more creative than this. You can name a team the Americans or Generals in any city in the country. The name should be specific to Washington in some way.

Each of these names has the benefit of not changing the team’s overall aesthetic too much. They could probably keep the spear logo, which actually looks really cool on helmets, for example. (Just ditch the feather, probably.) With the Renegades, the team could also keep the “R” logo in place. They wouldn’t have to change their colors and the fight song could easily be tweaked to replace one word, and any of these options would work. This is probably the simplest route the team could go without making any drastic changes.

This is the name that won a design contest several years ago, and honestly, I dig it. It’s a nod to the planes flown by the Tuskegee Airmen, an all-Black squadron of fighter and bomber pilots who fought in World War II and were the first Black military aviators in the United States Armed Forces. Three of the first five admitted Airmen were from Washington, which gives the Redtails name a specific connection to the city. The team could easily keep the colors and the “R” logo, while also transitioning from a name with potential negative connotations to one with extremely positive connotations that honors the city, the armed services, and Black Americans.