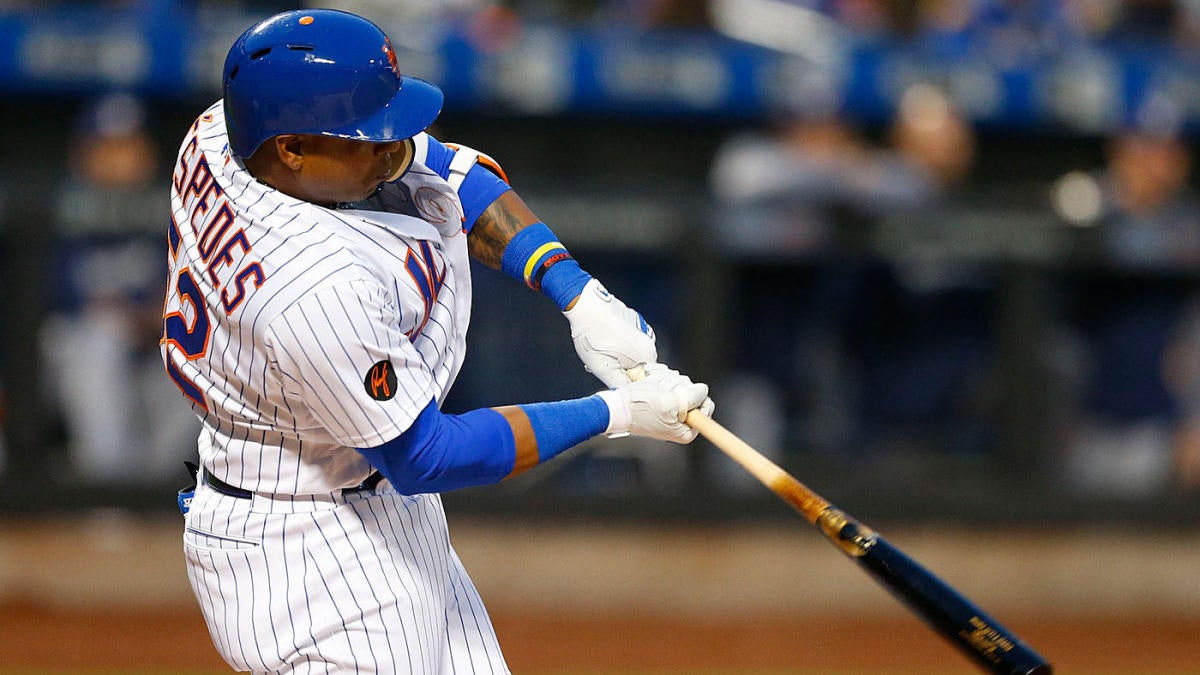 Watch Now: Home Runs Leader In 2020: Best Wager (1:05)
A hearty and hale Cespedes would give the Mets another option, both in the outfield and at designated hitter. New York is projected to field a lineup that includes Brandon Nimmo, Michael Conforto, J.D. Davis and Dominic Smith across those four slots. Cespedes would, at minimum, make for a nice caddy against left-handed pitching — and perhaps a lot more.
Of course, all of these hypotheticals could prove to be irrelevant. While Major League Baseball is hoping to launch its season on July 23, it’s possible the global pandemic causes the league to again scrap its plans. Previously, MLB was set to begin its season on March 26. About two weeks prior, those plans had to be trashed due to the spread of COVID-19.
Cespedes, who will be a free agent this winter, isn’t the only veteran the Mets are hoping can stay healthy this season. Infielder Jed Lowrie, who was limited to nine big-league games in 2019, could also factor into the equation. If both Cespedes and Lowrie can stay on the field, the Mets could have one of the deeper lineups in the National League. “I know for certain now I will be ready,” Cespedes told reporters, per Tim Britton of The Athletic.
New York Mets outfielder Yoenis Cespedes missed all of last season after fracturing his ankle in an accident at his ranch, but on Saturday he expressed confidence that he will be ready to roll when the club opens its season on July 24 against the Atlanta Braves.
Cespedes, 34, has not been a frequent presence in the Mets’ lineup in recent years. To wit, he’s averaged fewer than 40 games played over the past three seasons. When Cespedes has played, he’s remained a highly capable hitter. In three-plus seasons with the Mets, he’s averaged .282/.346/.543 (138 OPS+) with 74 home runs in 1,270 plate appearances.